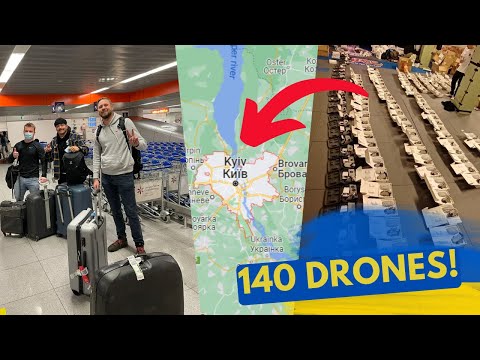 I’m sure many of you will have Geeksvana’s video pop up in your YouTube feeds.

I wanted to applaud the efforts that went in to getting aid in the shape of drones to Ukraine.

What are these for? 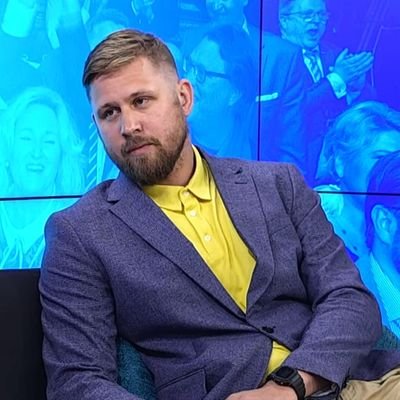 @HenriLindroos
@OccupyOneLove Only a small effort from us compared to your sacrifices 🙇‍♂️🇫🇮❤🇺🇦 We charged the drones before delivery, added extra batteries and chargers also 🙌
2 Likes
PingSpike March 3, 2022, 8:14pm #4

Why are they sending 140 drones to Ukraine?

I saw something earlier that “Power Banks - For charging phones” were needed.

It looks like they bought DJI Mavic Mini and Mini 2 models from an online store, unboxed and charged them.

Packed in suitcases they flew them to Warsaw from Helsinki. And they are now supposedly in Ukraine.

I would think they’d be useful for aerial reconnaissance, and for making photo and video evidence to share with the world.

to these guys for doing it.

I hope your extended family made their journey safely.

I read something about kamikaze missions as well. May have been some false reporting nonsense though.

Did anyone think about Dji NFZ

Why are they sending 140 drones to Ukraine? I wonder if DJI would consider switching off the geo fencing in a war zone.
What an idea though, to send out 140 Minis to help the Ukrainian forces. God help them.

I wouldn’t think so in this instance, bearing in mind it’s a Chinese owned company, whose alliances lay with Russia. 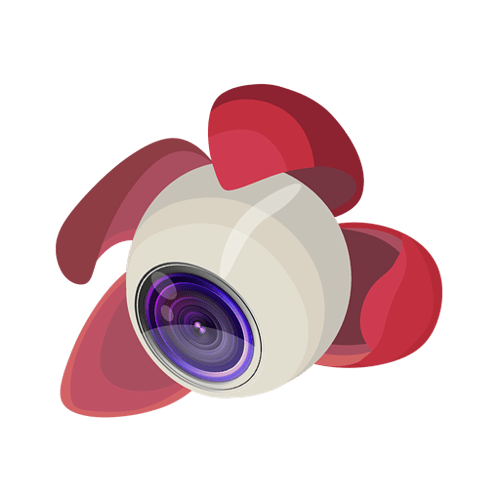 Urgent Flylichi on the DJI mini 2 for Ukraine Monitoring Drones

Dear Guys, we (www.eyesonukraine.eu) would like to ask you to speed up the Flylichi app for the DJI mini 2, as we are planning to send at least 200 of these units to Ukraine army and civilian defense groups. We know that there is an issue with DJI... 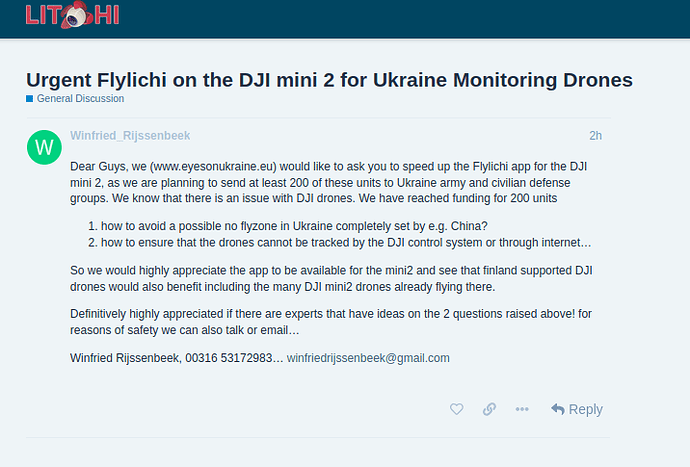 I wouldn’t think so in this instance, bearing in mind it’s a Chinese owned company, whose alliances lay with Russia.

Exactly, says it all.

The Mini 2s have arrived 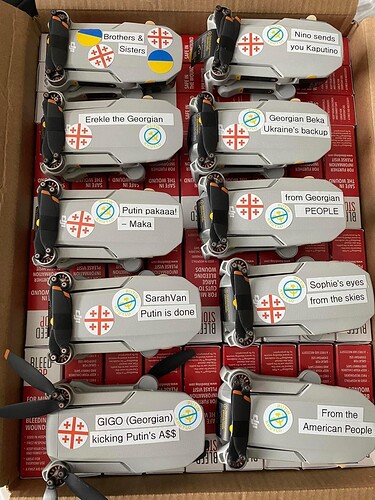