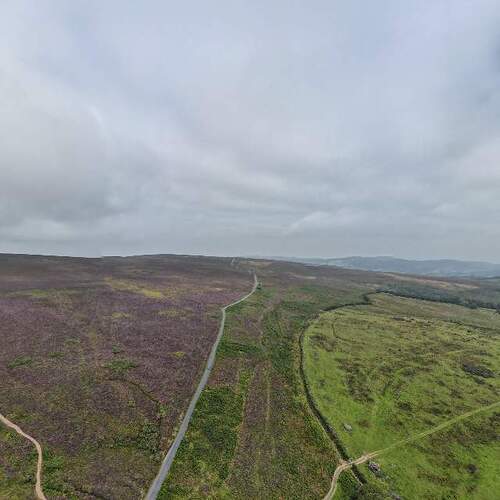 This location has been recommended to fly your drone in the Areas of Outstanding Natural Beauty category in the South West region.

The sandstone hill rises to 1,705 feet (520 m) and provides views over the surrounding moorland, the Bristol Channel and hills up to 86 miles (138 km) away. The site has been visited by humans since the Bronze Age, and contains several burial mounds in the form of cairns and bowl barrows. Sweetworthy on the lower slopes is the site of two Iron Age hill forts or enclosures and a deserted medieval settlement. The hill is part of a Site of Special Scientific Interest and National nature reserve.

The land is now owned by NT, however to the south you can fly just outside of the NT boundary.

The originator declared that this location was not inside a Flight Restriction Zone at the time of being flown on 26/08/2021. It remains the responsibility of any pilot to check for any changes before flying at the same location.