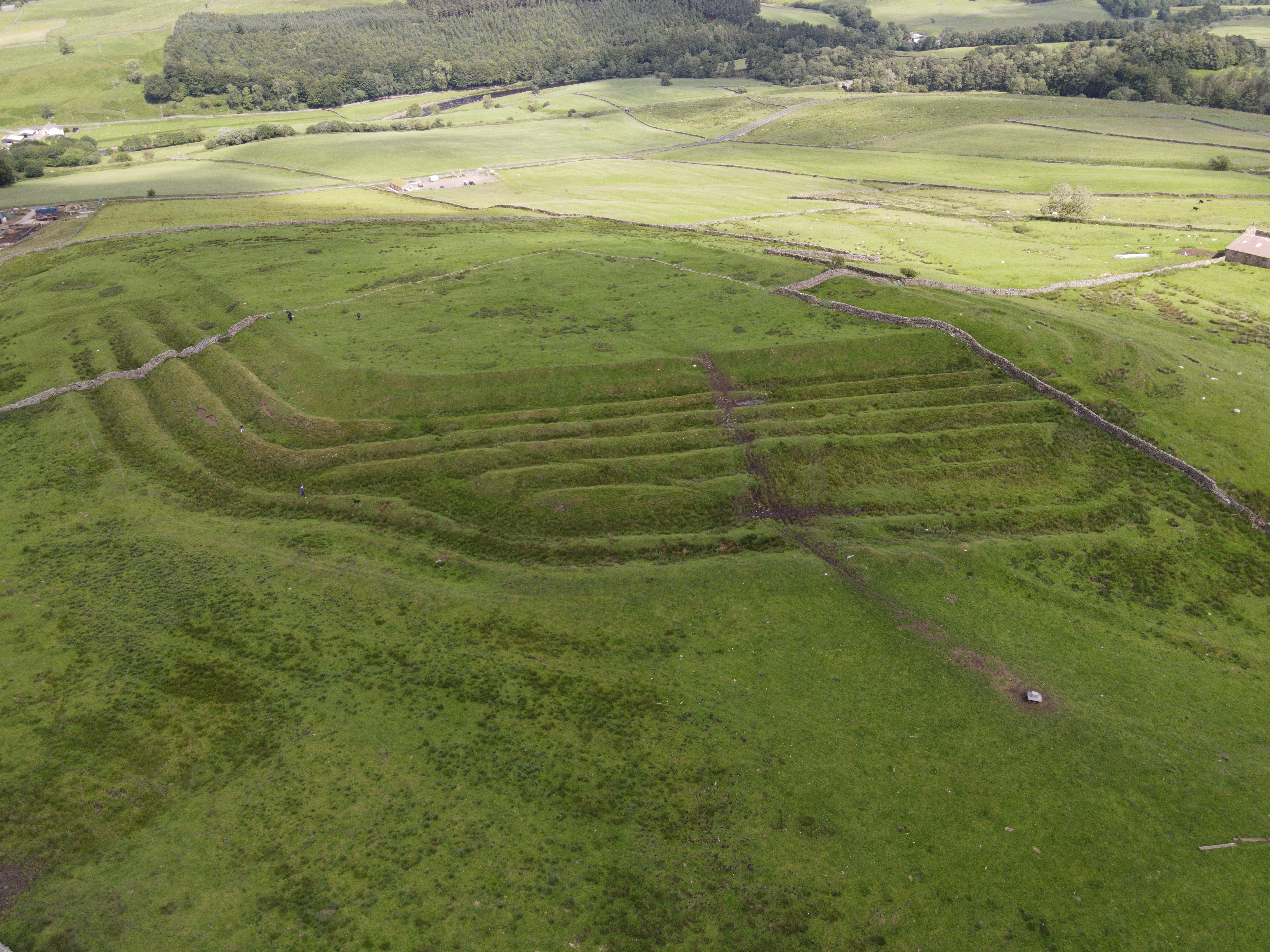 Whitley Castle (Epiacum) is a large, unusually shaped Roman fort (Latin: castra) north-west of the town of Alston, Cumbria, England. The castrum, which was first built by the Roman Army early in the 2nd century AD, was partly demolished and rebuilt around 200 AD. It appears to have been sited to protect lead mining in the area as well as to support the border defences of Hadrian’s Wall.

Unlike most Roman forts that have a “playing-card shape” (rectangular with rounded corners), Whitley Castle is lozenge-shaped to fit the site. Numerous banks and ditches ring the stone ramparts, making it among the most complex defensive earthworks of any fort known in the Roman Empire.

To gain access, which is free, visit the The Nook Farm Shop & Cafe which is on the A689. The landowners own the Shop and had no problem in allowing me to fly there. You do not really appreciate the size of the fort and ramparts until you get in the air. Planning on a future visit to do a map survey.

The originator declared that this location was not inside a Flight Restriction Zone at the time of being flown on 06/07/2020. It remains the responsibility of any pilot to check for any changes before flying at the same location.

Thank you Phil for adding this location to the DroneScene map