I’ve had a search and I cant seem to see this covered on here;

A few of the YouTubers who have been following construction at Everton FC’s new Bramley Moore Dock appear to have been told that a no fly zone is being put in place to prevent drones.

Now I totally get it, especially if some morons are flying too low and impacting construction, or even worse crashing on site, but realistically, there is no NFZ in place, and I think should the CAA grant them a NFZ, that sets a very dangerous precedent going forward.
Has anyone got sight of one of the emails they have sent?
What’s everyone else’s thoughts?

For reference, and definitely not my video - 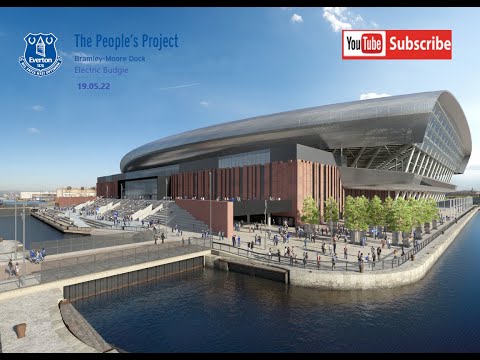 NFZ is a silly made up thing that DJI introduced, and all premier league grounds and a few others have these around them.

The CAA FRZ (flight restriction zones) do not include football grounds or building sites (except the likes of Hinkley Point, for obvious reasons)

A few of the YouTubers who have been following construction at Everton FC’s new Bramley Moore Dock appear to have been told that a no fly zone is being put in place to prevent drones.

Which ever minimum wage manned guard told them this is ill informed.

I’ve also edited your post to include the OneBox preview.

Ah cool. I’d just pasted in the link. Must have been within the same line then.

I meant that EFC have said there’s a NFZ, but obviously the CAA would be looking at FRZ.

obviously the CAA would be looking at FRZ.

I cant imagine they will.

I’ve flown inside a FRZ at Northampton rugby stadium during 2020, I was told by the stadium previously drones had tried to fly from inside the stadium and couldn’t operate inside the stadium for safety reasons. After obtaining an unlocking code from dji for a set amount of days I was able to fly back n forth from the area.
Usually these areas are set up to prevent game betting during live events.
NFZ Are RED zones and FRZ are blue on your maps.
The Everton stadium could be a commercial flight which has permission to fly inside the zone and keeping a set distance from the boundary of the area or just a rogue ignoring the rules for the area.

NFZ Are RED zones and FRZ are blue on your maps.

actually is any app 100% correct

Dont you mean NFZ is a made up thing?