After two days of sitting watching the trees all but bend over, this afternoon my UAV Forecast app finally started to inch towards the green for wind speed. It was still well into the high end if the AIR2S max wind range so I had to be very careful, but I grabbed my freshly charged kit and headed out of the door.

By the time I got to my test location it became evident very quickly that I was pushing my luck today. But I was determined to get the drone up and hovering a few times, even if it was close to the ground (far too windy for any height or distance tests today).

, the wind chill was fairly exciting. But I was left in no doubt that I would have been in trouble if I had tried to gain any height.

In any case, it was enough to get data on the flights into AIRDATA and start recording my flights.

The first thing I am struck by is just how good the video and photographs are on this drone. Just amazing. Can’t wait for another break in the weather. 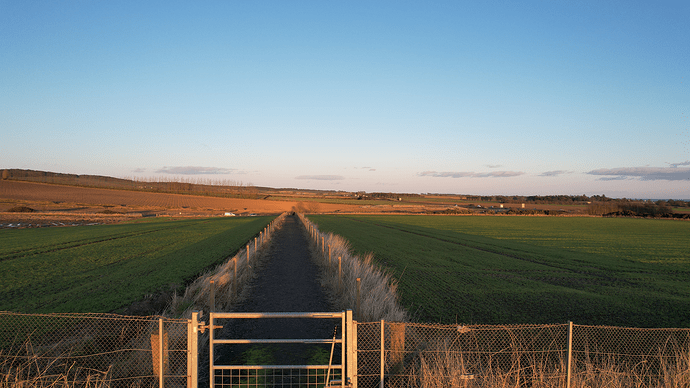 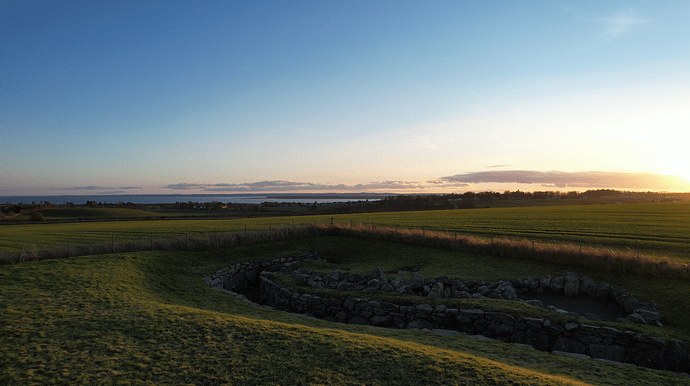 Now change the gimbal from “Follow” mode to"FPV", connect to a pair of goggles, and give it some stick!
Not as frantic as the FPV loonies, but a good laugh!

That is actually something I would like to try. My issue with this is that I am a glasses wearer and I have never found a headset that could make that work without being uncomfortable or fogging up. The pair reviewed recently by Ian in London caught my attention, but they must be selling like hot cakes, because the price has gone up since that review.

I use the DJI Goggles, and unless your glasses have huge frames, you can wear them no probs.

The main problem I need to sort now is one that has been mentioned in GADC (other threads) and other members had tried to warned me about, namely the capabilities of the iPad Mini 4 as a host for the DJI Fly app. While I never once saw this with the GO4 app, almost immediately I took off (didn’t get it at all during initial registration and setup) was the following from the Fly app.

I have looked through all the related threads this evening and have turned off caching (for now), to see if that helps. But it looks like my iPad Mini 4 does not have the legs to handle the Fly app, even though it’s on DJI’s compatibility list. I suspect that as they update this app it will eventually push beyond what the iPad Mini4 can do, making it redundant. I’m going to see what’s about for a reasonably priced Mini5 but at this stage I don’t really trust that it will not also suffer from a “retirement by the back door”.

I am starting to think that the only thing DJI really support is their own Crystal Sky Monitor. Isn’t that a happy convenience!

You can’t run the Fly app on the CrystalSky, Smart Controller is OK, CS not so much.

It looks like a grand for this thing. Anyway, it’s a work in progress. Will figure something out. I just can’t use a tiny screen for this.

I am starting to think that the only thing DJI really support is their own Crystal Sky Monitor. Isn’t that a happy convenience!

Anything apple from the last 4 or so years is perfect

That’s for the new version (RC Pro), the original you’ll get on ebay (somebody sold one on here the other day) for less than half that. Don’t need an iPad mini or anything else, and it’s got HDMI out, and SD card slot to record onto.

I have been using the iPad mini 4 with the latest updated Fly app and have not yet seen that message, just to make sure, I have just 3D printed a controller extender to fit my iPad Pro 9.7inch, it does not seem to be too heavy with a double hooked lanyard

From my research it seems to be fairly common. Just to see what response I would get, yesterday I raised a support ticket with DJI. I pointed out that this was on their supported devices list, but that the error seemed to be quite well documented.

Today I got a response and I would have to say that it was an entertaining piece of logic.

The support engineer began by stating;

"upon inquiry, we found that the iPad Mini 4 and DJI Fly app have been compatible and can be used together. In regards to the issue of the error prompt, please try to troubleshoot by the following steps:

Hope your concerned issue can be solved soon.

Thanks for choosing DJI. We wish you a lovely day!

“we found that the iPad Mini 4 and DJI Fly app have been compatible and can be used together.”

Past tense, so it had been compatible previously.

Please manually turn off [Phone Charging] - The suggestion here is that the error message is linked to power usage rather than processing power?

“For example, was it purchased more than two years ago? If so, the reason might be that the mobile device is aging and cannot reach its optimum performance.” - First announced 2015 so yes, it’s an old device, but it’s still on the compatibility list.

So it’s compatible (still on the list today) but not compatible because of it’s age (so why not take it off the compatibility list and leave the iPad Mini 5 as the minimum capable spec).

Hi @B0M0A0K
I have been using my iPad mini 4 with my Air 2S ever since the Air 2S was launched
I too get the error message that you mentioned in your original post, but every update to the Fly App since has worked seamlessly.
If you are unsure whether to trust it or not, then might I suggest that you find an open area and fly your bird without straying too far, until such time that you trust (is that the right word ??!!) the Air 2S /iPad mini 4 combination.
Good luck, but I am confident that you will be fine.

If you do decide that it is too risky, then iPad mini 5 is available on “the Bay “ at not too much more money than the 4.
Rob

If you do decide that it is too risky, then iPad mini 5 is available on “the Bay “ at not too much more money than the 4.

Thanks for this, I think it’s a confused error and (as posted above) DJI Support themselves don’t seem to understand the problem.

I am going to look at the suggestion they made re phone charging switch as well as checking that the GO4 app isn’t running in the background as a service or something while I’m running the FLY app. I need to get Storm Malik out of the way before I can get back out in any case.

Have my eye on an iPad MINI 5 as you suggest, at the moment.

I was chatting to a buddy who has a MINI2 this morning. He could tell me that he has seen this error on his iPad Mini 4 while flying that machine.