Got woken up early to see that was supposed to be foggy. I managed to get early and got to have a little fly before my shift.

It also adds the Bird’s Eye Viewer Badge to your profile!

Very nice, don’t know why but I always imagined LB to massively built up, ignorant northerner that I am.

Thank you @milkmanchris, it doesn’t have high rising buildings, but it can be a bit built up, but it has some very nice areas. I’m just on the outskirts and I love it here. I’ve been in way worst places

(To be fair, I had the same thoughts about the place until I came here)

Great 360. If you get a moment adding it to Dronescene would be helpful 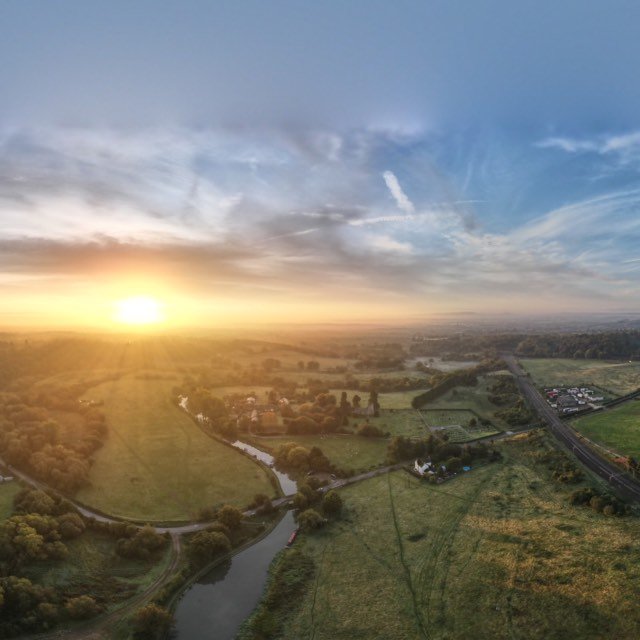 This location has been recommended to fly your drone in the Rivers and Canals category in the East of England region.

I though it would be more difficult.

Good thing you remind me of it.

First day for two things!!
Where can I fly my drone in the UK? - Old Linslade Rd - Rivers and Canals in East of England

I though it would be more difficult.

Good thing you remind me of it.

No it’s easy enough and adding to the map helps other people who are looking for places to fly. You also pick up a badge for adding 3, 10 or 25 locations

Great job @Mind_the_gap it still amazes me when I take a Pano and watch the Mavic just spin around by itself taking all the pictures. Amazing piece of kit

Thank you very much, but @SirGunner, you are spot on. “Amazing pice of kit”. No much input from me, to be honest.
I used to love the previos mavic air, this one is massively improve. Mainly the flying time. Today I did something that I would never attempt on the old one. To fly with 60% of the battery.

Nooo, I meant that with my old Mavic air, if the batteries were not full, I would not be comfortable flying. For when it booted up, hooked onto the controller, got GPS signal I would start to see those precious minutes of flying time vanishing.

For when it booted up, hooked onto the controller, got GPS signal I would start to see those precious minutes of flying time vanishing.

Until the props are spinning and you’re in the air, they use almost no power.

You probably are right. I guess I am Mr safe. Also, wind does take a massive part on the equation.
Today I’ve been a total rebel

The MA had 20 min flight time.

I have six batteries for my Mavic Air, all around the 45 flight mark and they tend to allow a comfortable 13 minutes 100% to 30% landing,

My longest flight was 17minutes and 45 seconds - 30% reached at the 13minute 14 second mark from a 99% full start. The rest of the time was spent hovering and manouvres close to home (and over land, not water) as I wanted to fully discharge the battery before recharging 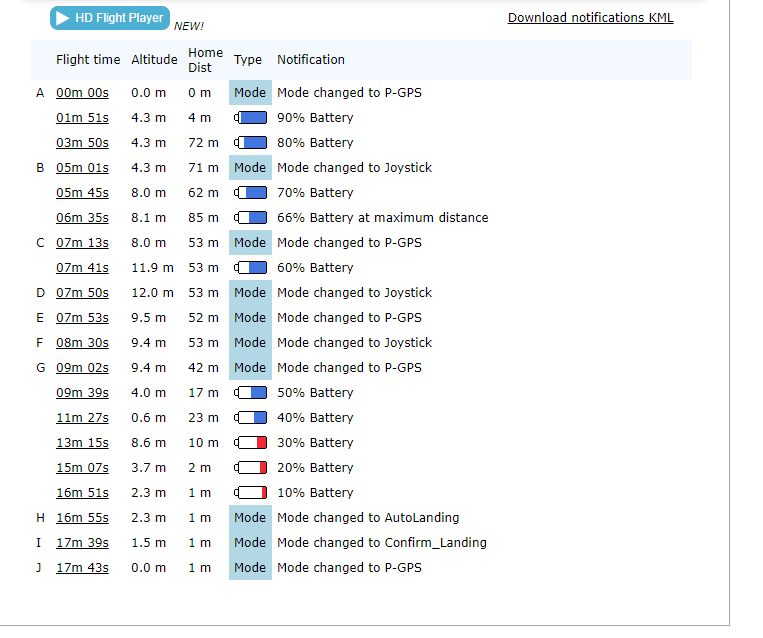 So yes, theoretically around 20 minutes but practically and leaving a reserve of power in case of problems fighting a headwind or a problem at the landing site 13 minutes is reality.

The being able to repeat the previous flight and still have 20% still holds, though.

I don’t usually do “short flights”. I usually fly until I have about 30% and then start returning. I just fly for the fun of it, so I don’t usually plan what I want to take photos or record, so most of the flight time is finding what looks nice to shoot it. Then, because the controller used to lose connectivity, if I was doing a video, I would have to start again as the return home would of kick in.