Hello all, I’ve been a bit of a lurker to these forums the past 6-12 months and thought my first post here would be a bit of a happier/delighted one however it’s not to be! I finally took the plunge to take on the challenge of my first build. Being the Tyro 119 the set being bought from Banggood and following Joshua Bardwells youtube guide.
Before this I had just been pouring countless hours into simulators on my computer in preparation for the eventual first flight.

However the first flight didn’t quite go to plan… One of the motors stopped working after about 30 seconds of the first flight and would then only stutter. Even stutters when plugged into betaflight.
This still remained after re soldering the joints - just to make sure.

After trawling the internet and reading a fair few posts about the Tyro 119 I gathered that it could either be the motor or the ESC. A fair few people stated that it was their ESC that gave up on them.(a fair few actually!) I should probably un solder one of the other motors to check. However in the meantime I ordered another ESC a CL racing 4 in 1 45A. (probably could have got a more budget friendly one) After ordering I then realised that this has an 8 pin connection compared with the current 7 on the Eachine 40A 4 in 1.

I haven’t changed the flight controller from the one which came with the Tyro - The Eachine GPS f4.

Will this be overly difficult for a complete beginner to suss out?

I know that I’ll have to re pin the connector or solder it to the fc. But I suppose its knowing what goes where which is probably what I’ll get wrong.

Anyone have any tips or advice for a complete noob regarding this? Potentially even to tell me which wire goes where onto the FC. I’ve probably gone over my head changing ESC’s but the Eachine one didn’t seem that reliable.

Thanks for reading - hopefully I’ll soon get to put all my simulator practice into a real quad!

Hey, I am very new to this too and just built my first quad based on Bardwell’s series on the Xilo 5" so take what I say with a grain of salt and extra research because I’m not exactly an expert

As you said you might have to rearrange the wires in the connector to make sure they are compatible or just solder the wires directly to the corresponding pads.

The CLRacing ESC will have 4 signal wires corresponding to each of the motors (M1, M2, M3 and M4) and those will go to the pads labeled 1, 2, 3 and 4 on the Eachine FC or the corresponding pins in the connector. Then you will have to connect the 2 power wires. Ground on the ESC will connect to the ground pad/pin on the FC. The second power wire on the ESC is the one labelled BAT+ and it will provide battery voltage to the FC. This means that the ESC doesnt have a 5v regulator (at least I wasn’t able to find a 5v pad on it) and you need to make sure you have one on the FC as it runs on 5v. I think it does have one and you can connect battery voltage to the BAT pad/pin on the FC but I am not sure as they describe it as a “voltage detection port” in the product listing. I’m really not sure here maybe someone else will be able to tell… (maybe Bardwell mentions it in the build video?)

Additionally the CLRacing ESC has an analogue current sensor so I believe you can connect the CUR pad/pin to the circular pad labelled CRT on the FC (on the same side of the board as the ESC connector just behind it). I think the other pad on the ESC labelled TEL is for digital ESC telemetry and I don’t think the FC supports that so you can just leave that one out.

This video is for a completely different build but you might find it usefull: 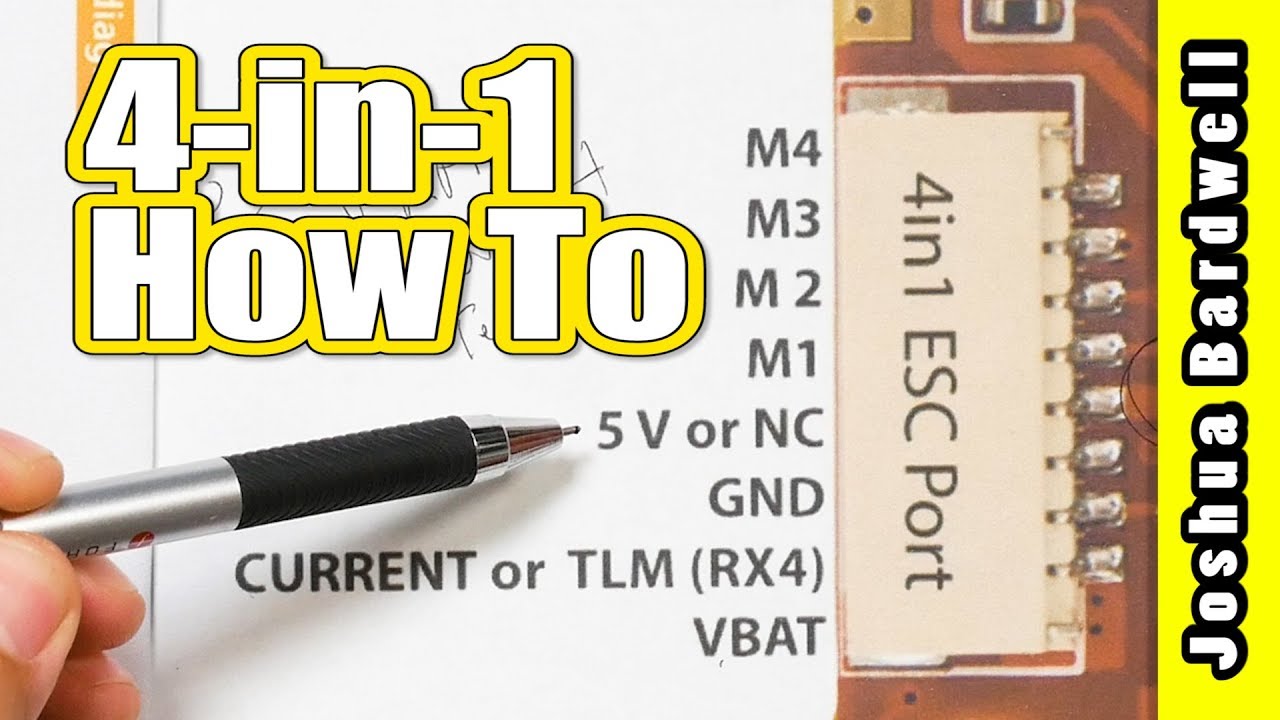 I’ve been looking for a pin out guide for the Eachine FC but haven’t had much luck yet! I’ve got an 8 pin connector for the new ESC so will try and hook it up like that first (hence needing to find out the pin out layout) but if I have to solder I’ll end up doing it that way.

I watched the vid, Deffo increased my confidence at tackling this

Sorry for another reply! 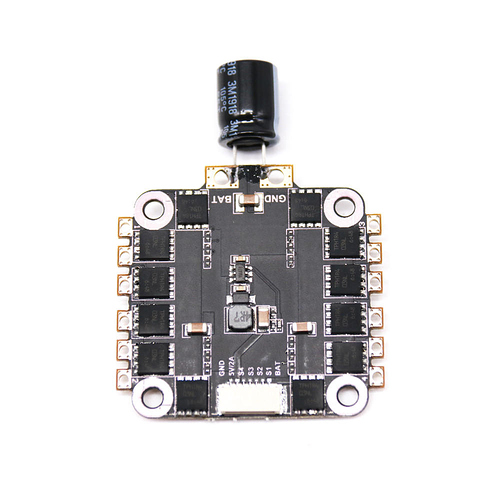 So that image is the underside of the ESC I have now, if I just write down this order and see which wires go into the existing FC and then like reverse copy it into the new ESC I presume I should be good?

I know you said you’re fairly new too, but you seem a bit more knowledgeable than me in these finer details! 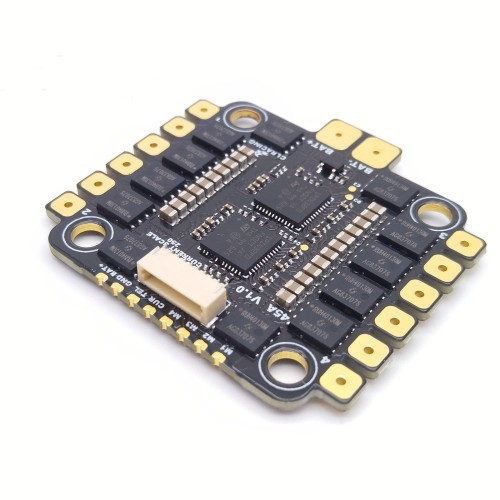 Any advice from anyone as to which connection I am going to miss off?

Probably “tel” for telemetry. Miss that off. But I’m at work on my phone so I cant see it properly

Also the old one has a bec I think. Supplying 5v. The new one doesn’t? So miss off current too

Thanks for the reply!

So just so I understand correctly (complete noob atm!) I’m only going to be re-pinning 6 wires which will then connect to the connection point on the FC?

At the mo, there is seven wires going from the ESC to the FC, but it should be ok with just the 6 you mentioned?

Sorry for my questions - just learning.

Yeah. That’s right. The 4 for the motors, and the batt and gnd to power the flight controller. It’s all you need really.