Way, way back - well, February anyway, we had a long weekend in Helsinki with a trip out to the old city of Porvoo.

@chrisjohnbaker has already mentioned on here that, Helsinki at least, is very drone friendly. The weather was less so, but then we were blessed with a huge amount of snow, which was kind of the point, but also, sadly, rather too much wind.

Anyway, as Chris said, Helsinki has a number of clearly marked no-drone zones around the city, generally in the very centre or out near the hospital where there’s an obvious air ambulance risk - so generally the attitude is one of complete common sense.

Even out at Porvoo, a beautiful old riverside town where you can see the poor locals must have a love-hate relationship with tourists, they simply say something along the lines of “if you have a drone, please respect our privacy”. It would be easy to get some great shots of the town from the other side of the river, but not of the weather is that really heavy drizzle that drenches everything in a couple of minutes.

But, as Chris said, Suomenlinna, a complex of islands a short ferry ride out of Helsinki, is great for flying - and a must-see anyway. The islands are spanned by a fort, which through the ages has been in Russian, Swedish and Finnish hands. It’s beautiful and very atmospheric. And it’s also the first time I’ve ever seen the sea frozen

There weren’t that many people about, it nobody batted an eyelid when I was flying. 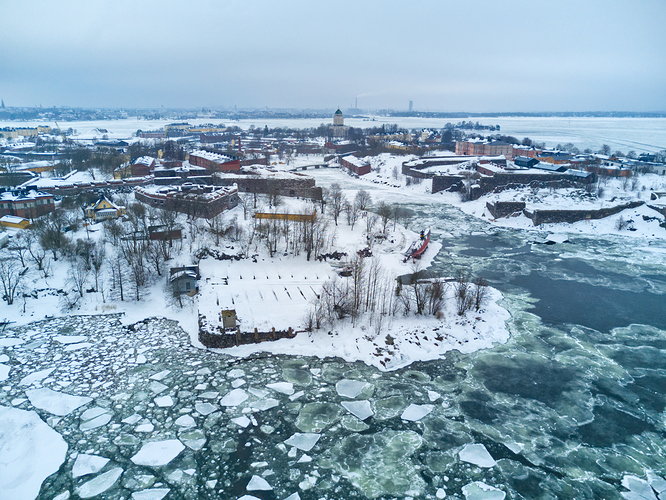 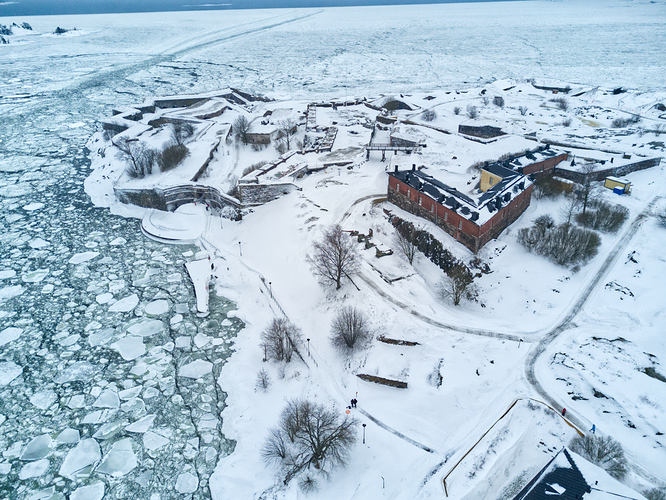 Have to agree with Colin, flying in Finland was great, just wish I had more time to explore around the area.! 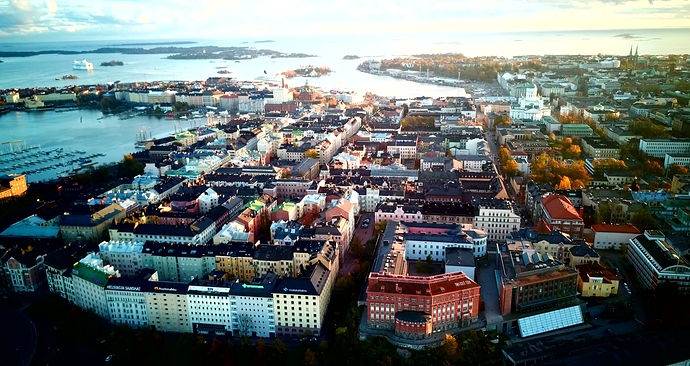 Oh I also meant to say, the Finns have a version of our own NATS app - Droneinfo

I am planning to travel to Finland later this year and hope to take my DJI Mini 3 pro with me. I have completed my training and have my EASA certificate. Does anyone know what else I need to do (and how to do it) to comply with regulations e.g. get an operators ID, liability insurance, inform any authorities, etc? Have have searched the net but have not found a simple description of what I need.

Hi I am lucky enough to be going to Finland in December.

Looking at the area we are going to (Pyha) on the Maia app looks like there are no local restrictions.

Anybody flown in Finland or snow etc and got any tips?

Just back from Finland and had no issues flying the mini 3. I registered for a Finish operators ID and completed the EU remote pilots course (via Luxembourg). I took the mini 3 along with 3 batteries in a LiPo bag in hand luggage and had no issues with airport security.

Unfortunately the weather was not great - overcast and less snow than normal. Even so, we really enjoyed our trip and got some nice drone shots.

Hi @PhilP! Thank you for your information! But could you share how to apply for a Finish operator ID? Because I am stuck when applying the operator ID on https://skynavx.fi/?lng=en#/drone, I can not finish the identification because I don’t have a Finish contact number or Finish bank card. Thank you! 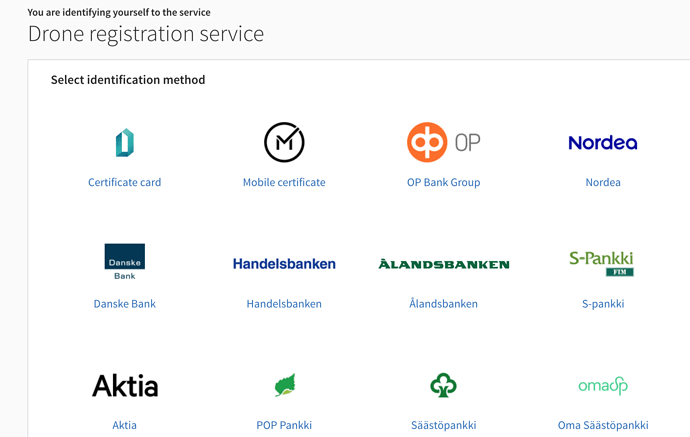 Hi @GongQ I used SkyNav to apply for my operator ID. On the page with the strong identification option there was an option for people outside Finland. This option appears to have vanished and has been replaced by an option to use a form to apply (Registration and theoretical examination | Droneinfo).

I am not sure how much that helps.

Thank you for your help @PhilP ! I successfully registered the Finish operator ID by sending the form via email. Thanks again!