Please can you give me some advice on my Sonic Modell F1 Wing elevon travel,
(video link below)
Is this sufficient movement?
I have not made any changes to FC and TX default settings, so I think I need to increase mechanically.
All input appreciated 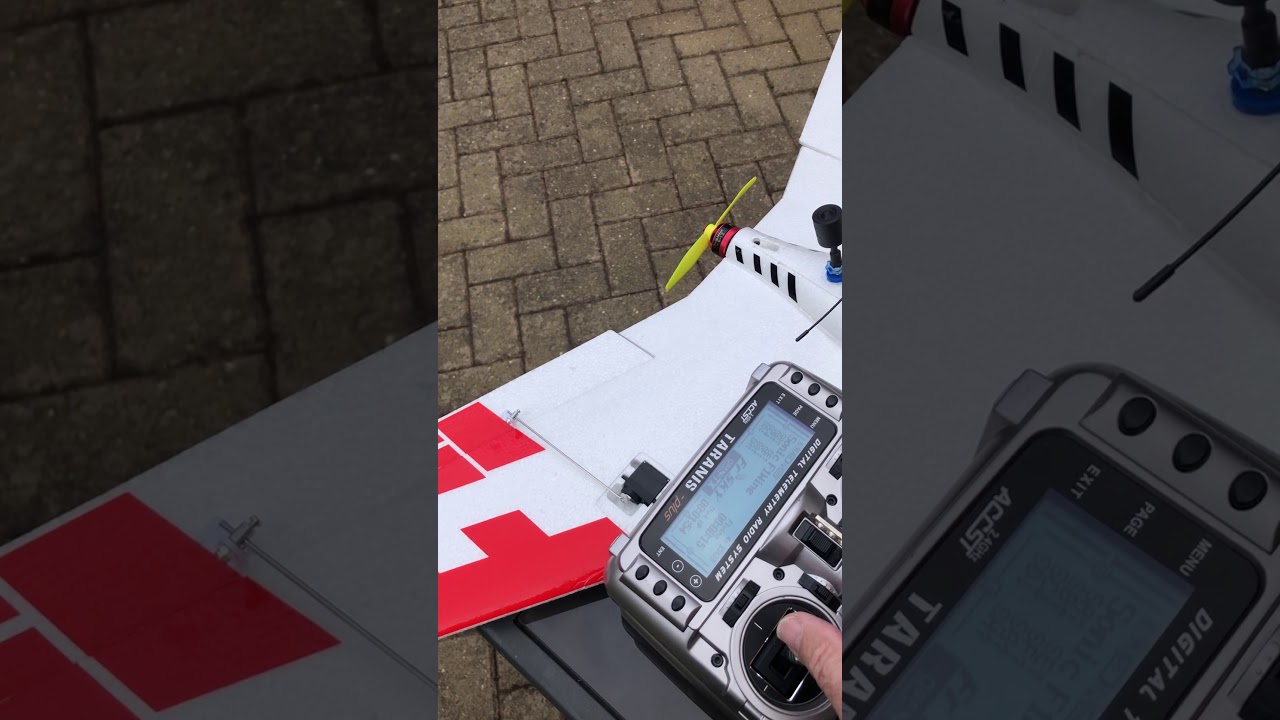 So the throws need to be probably around 25-30 degrees and you probably need a little reflex to get it to fly level. But the throws should be listed in the manual along with the reflex if required.

Is this an inav build?

I think you have all your throws reversed, Steve. It looked to me that all your surfaces were doing the reverse of your stick input.

Most Wings do require some upward reflex for level flight when the sticks are in the neutral position. Also I personally add quite a lot of Expo for a maiden, at least 50%, this really helps with reducing the shakes most of us experience when flying a new model while still retaining stick resolution when using full rate/throw.

Hi James
Yes, it’s an inav with Lightning F35
There’s no information as to what the evelons throw angles to be but your suggestion of 25-30deg confirms my thoughts that I don’t have enough throw, I’ll move the linkages out a hole on the servo arms and try again

@anon34183503 @Nidge
Guys, since the video I’ve check direction of movement (5 high etc…)
I now have perfect roll but pitch is reversed.
I’ve tried all the combinations in SERVO and MIXER tabs but not got there yet.
I know some fixed wing fliers use pitch in reverse to what we do with multi rotors.
I’ll have to give it more time over the weekend including making sure I’ve not mixed up servos or something daft like that.
I’ve got a THEER wing, built months ago and I think I got that right so I’ll have to refer back to that.
Thanks for your replies, much appreciated
Steve

Also I personally add quite a lot of Expo for a maiden, at least 50%, this really helps with reducing the

Thanks, I’ll do this

I know some fixed wing fliers use pitch in reverse to what we do with multi rotors.

I’ve tried all the combinations in SERVO and MIXER tabs

I would not invert the the control inputs via the mixer option on the Taranis. Granted it will reverse the action of your sticks but the trim options don’t change which will make trimming in flight really counterintuitive. If you change it in the servo options then both inputs and trims will invert together.

Unfortunately I don’t have any experience using iNav but setting up a wing is similar to creating a mix for a Vtail, in that you use a combination of two paired channels to perform a function. So if for example your elevator function is reversed you need to invert both channels performing that function. It’s a difficult function to explain in text but I’m sure there’ll be a YT tutorial specific to the Taranis and iNav combination out there due to the popularity of both components.

That is the clearest explanation for this difference I’ve seen. It also confirms that my settings outlined last night are correct.

I would not invert the the control inputs via the mixer option on the Taranis.

Agreed, a golden rule, messing with the sticks just causes problem, keep in all in the FC

So the throws need to be probably around 25-30 degrees and you probably need a little reflex to get it to fly level.

The servo arm movement was very slight so instead of changing the linkages I’ve increased the ‘weights’ in the MIXER tab, they had default of 50, now at 80 I get real movement, about 30deg.

So I think I’m all good to go now. Thanks to both of you @anon34183503 @Nidge This one question evolved into two and I’ve got good advice from you for both.

@PingSpike Rich, can I flag two members for the solution

can I flag two members for the solution

No - but that last post contains the solutions so that could be the one that is marked?