This is a complete Radio Control starter (or upgrade) bundle. It is suitable for fixed wing and drone use and has been regularly used for both.

FrSky Taranis X9D Plus SE 2019 Edition in the carbon fibre print finish. This has just had a new battery fitted, which is charged through a mini USB cable (included). It has the upgraded Hall Effect gimbals and comes in it’s original protective case which will also store the other items in this bundle. Also included is the original neck strap.It currently runs OpenTX, but can also be updated to EdgeTX, following numerous Youtube tutorials. It has the EU-LBT firmware on it currently, but can be reflashed if required. (The included receivers all have EU-LBT firmware too).

This radio is in excellent condition, and the screen looks like it has some marks, but the original film is still on it, the actual screen underneath is unmarked. Brand new, this radio costs around £250.

Also included is an iRangeX IRX4 multiprotocol module which fits the module bay on the back of the radio. This allows the radio to control many different types of bind and fly models, including those using the FrSky D8 or D16 protocols as well as many others including FlySky, Futaba, etc protocols. If you have existing models, there is a good chance the multiprotocol module can control them.This module retails around £40 brand new.

Finally, there are also 3 FrSky receivers included in the bundle.

There is a FrSky Archer GR6 6 channel receiver with built in vario. This means you can get a readout on the controller of the plane’s height, as well as audio indication of when the plane is rising or descending. This is designed primarily for gliders, but works well in other planes too to tell you if you are approaching your maximum allowed height. This was working really well in a Hobbyking Walrus but would work in any Plug and Fly model, or a self built one. This receiver also has diversity antennas to reduce interference and maximise reception quality.This receiver also retails at around £40.

There is also a FrSky Archer M+ 16 channel receiver, designed to input SBUS signals to a gyro stabiliser or to a flight controller. Very small and light, retails for around £15.

The last included receiver is a FrSky Archer R4 4 channel receiver. This would suit a simpler model but has diversity antennas meaning you get the best possible reception of your control signals. This receiver retails around £23.

All of this kit has been used, but has been very well looked after. It means you are ready to put a receiver into any plug and fly model, fixed wing or quad/drone or connect to most bind and fly quads or models and is a very good value bundle. I also have some telemetry bits, such as current and voltage sensors which I will throw in as well for the winning buyer.

I am looking for £220 which will include RM Special Delivery within the UK. I’m based in County Down, NI and could arrange to meet anyone local for a small additional discount.

Any questions, please ask. I can provide more photos if required too. 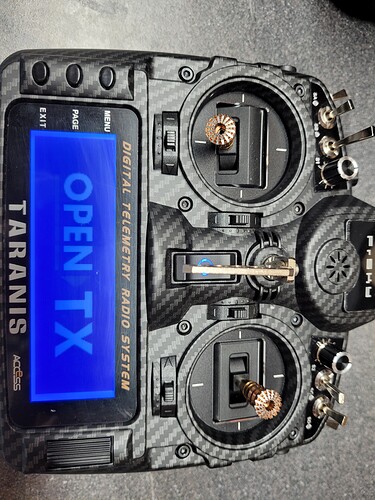 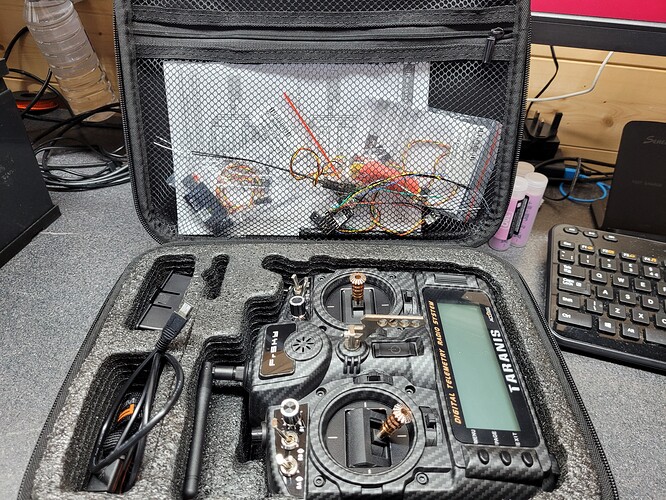 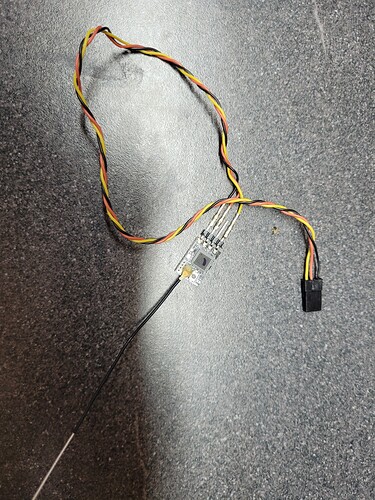 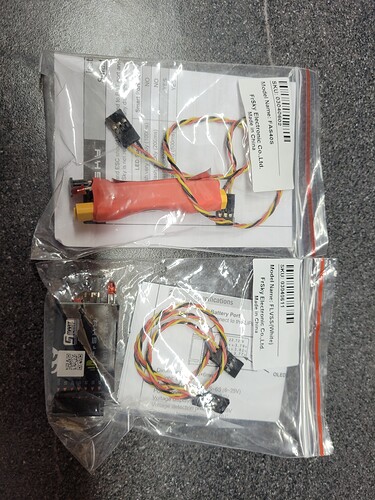 If I bought this for the TX would anybody be interested in the module and receivers?

I might be able to split the bundle, let me have a look.

Still available and am open to splitting the bundle.