We’re off to the French Alps (Chatel) in a couple of weeks, which will be a completely new experience for somebody who really doesn’t like the cold and generally can’t stand up on anything but terra-firma.

From a couple of other threads on here it looks like the French regulations are similar to urs and while, with a Mavic Pro, I don’t have to register, it seems sensible to do so. Has every body else gone for specific insurance (the French seem quite hot on it) or just relied on something else they already have?

Anyway, what I really wanted to ask, as somebody who’s never been near a skiing village at all, is what to expect in terms of flying possibilities? Am I going to end up waist deep in snow trying to avoid everybody? Lake Vonnes is nearby so might be a place to get away from other people, but I imagine everywhere else will be quite crowded, so not sure what to expect.

It’s all a bit weird, and having watched my brother learning to ski years ago I decided it all looked far too difficult and dangerous, and, anyway, with scuba diving as well I’ve never really had the time. There’s a long story, which I won’t bore you with, about snowboarding lessons in Milton Keynes that almost resulted in a fractured wrist, which was a real bugger as I’d just about got the hang of it. With a wrist that’s still a bit tender I probably shouldn’t try again whilst there, on the other hand, I hate being beaten and did really enjoy it, so I dunno.

But, regardless of any slippery adventures, it would be good to get an aerial perspective, so all advise appreciated!

All drones of 800g or more must be registered by their owner on AlphaTango, the public portal for users of remotely piloted aircraft. The drone then receives a registration number that must be affixed permanently, visibly, on the drone and must allow reading at a distance of 30 centimeters, with the naked eye. The drone pilot must be able to provide proof of registration in case of a check.

I believe drones are banned on the slopes, might be worth a geek around

I have flown in different parts of France, and yes your drone is under the 800 gramms weight, therefore does not need to be registered.
But, you will find it is a breeze to register it for France (and free!), and it does give you a piece of paper to thrust under noses, should the need be there.
As Alex has given you the site page above ,feel free to register if you want.
Bear in mind that each aircraft you use has to have a specific registration number attached, 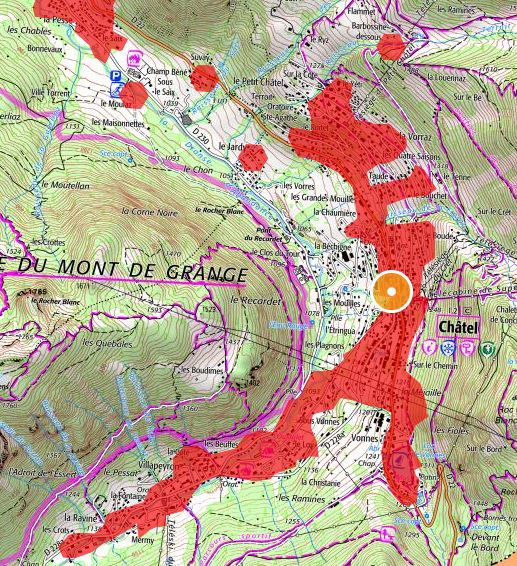 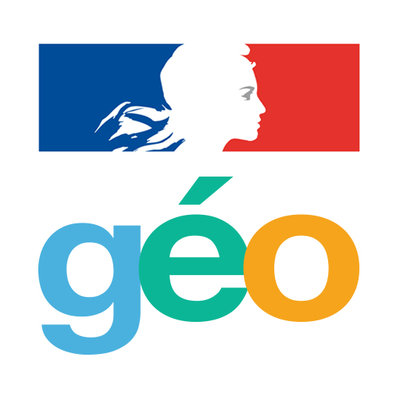 Ah, thanks @milkmanchris, I tried to find a map and failed. That’s confirmed, then, the Mavic stays at home (again).

From that tt seems that most ski resorts have 50m height limit (orange). That’s quite useable?

Courchevel (Which has an airport, hence the big red stripe.) 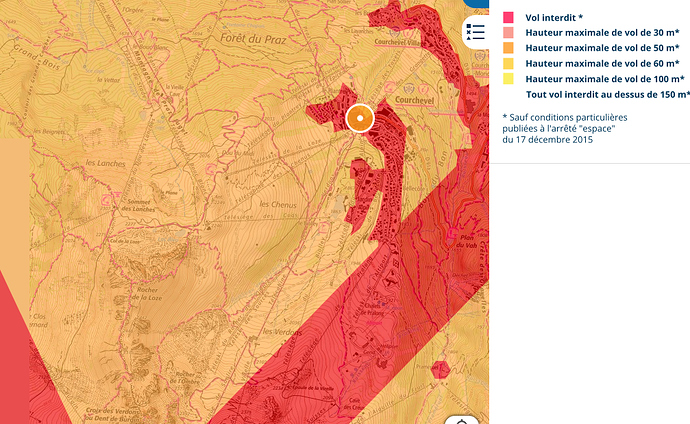 (That must be the slowest site I’ve used since I last used a dial-up modem!)

Perfect Dave maybe this thread/comment should be highlighted

Actually, looking at @milkmanchris screenshot of the map, it’s not that bad. Now I’ve had time to sit down and look at maps, it’s pretty easy to get away from the red areas on, say, snowshoe trails (which is all I can do now, hospital yesterday was most strict on no contact sports - not sure snowboarding is a contact sport, but I guess it is the way I do it!).

So, I’m registered, trained, and will see how it goes - thanks everybody

The French version of NATS/Drone Assist - did anyone see how to change the language setting while using it? I just could find it for some reason

I didn’t get that far.

Once we got there, it quickly became apparent that flying was going to be pretty tricky, either because it would involve scaling vertical cliffs, it would involve taking off in the middle of a pine forest, or line-of-sight would be curtailed by the snow (once off a path) being deeper than I am tall! 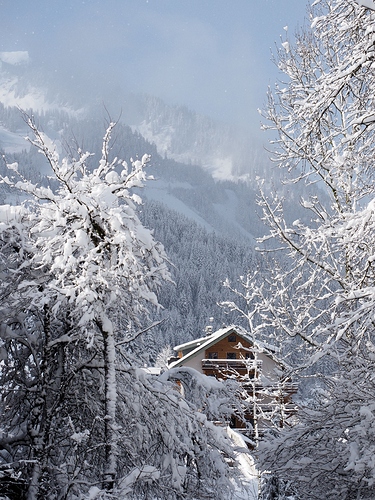