Worth a listen. I was aware that flying at an emergency situation is frowned upon and probably not common sense however it seems it is actually an offence. 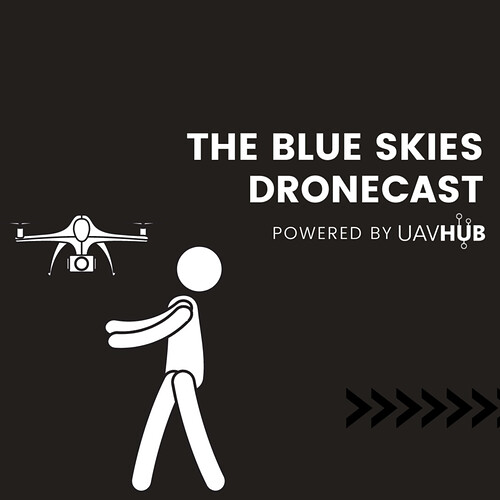 E46 - Have you heard of General Offense 8? An interview with Andy Green from...

Hi Everyone, .....Chances are you probably haven’t! Andy explains the ins and outs of why you shouldn’t be flying your drone during an emergency situation.  Don't forget to email your questions to dronecast@uavhub.com and we'll answer questions...

According to the CAA

Note: The term ‘emergency response effort’ covers any activities by police, fire, ambulance, coastguard or other similar services where action is ongoing in order to preserve life, protect the public or respond to a crime in progress. This includes activities such as road traffic collisions, fires, rescue operations and firearms incidents, although this list is not exhaustive."

At a minimum the offence will include operations conducted by Category 1 Responders under the Civil Contingencies Act 2004. Which includes operations by local authorities, police, fire services, ambulance services, HM coastguard, hospital trusts, port health authorities and the Environment Agency.

Some of these are less obvious but worth understanding will fall under the definition of the offence, because something like, say, surveying an ongoing flood with a drone will definitely be classed as an emergency operation.

Interesting this. There were some fires in Ashill up here in Norfolk due to the heat last week, and a bloke sent his drone up whilst fire and rescue were on scene. He says that the firefighters asked him to in order to assist with identifying where people were, but not sure how convinced I am by it.

Anyway, the upshot is that he’s been given airtime by BBC Look East, videos and credits on the EDP website, and all the while promoting his drone business.

Leaves a bit of a bad taste in my mouth to be honest, but there you go…

Fire services have their own drones. If they need one they’ll call their own pilots out.

Well you can ask whoever is in charge at the scene if they want assistance or if you can fly. I guess they would generally say no as they are unlikely to want some random person flying around.

As in don’t interrupt the emergency services to ask if you can film someone else’s nightmare for them?

Unless you have a press pass it’s ordinarily absolutely inappropriate, yes.

Unless you have a press pass it’s ordinarily absolutely inappropriate, yes.

I have one and I can’t fly either - not without permission.

Most forces do not want to encourage even press

They wouldn’t be likely to say yes even if asked, then?

They wouldn’t be likely to say yes even if asked, then?

The issue is asking the right person - normally they would just point you in the direction of the press office who would refer to the most senior person on the ground and get back to you.

You go round in circles…

So you either take photos and then stop if asked.

Unless you have a press pass

No value anymore, I remember back when one really could get you anywhere.

Some fire services have drones, some don’t and ask other organisations to fly for them.

For me it’s anther one of those ambigious wordings rules vs common sense.

My personal take is the key words: “action is ongoing in order to preserve life, protect the public or respond to a crime in progress”

I recorded a fire at a scrap metal yard on Boxing Day (I was able to TOAL from my back garden) keeping a good enough distance but still get what might be considered pretty good aerial footage.

As no one was on site other than fire services and police closing the road, and there was no risk to life or the public as it was under control I deemed it was safe. Although at original time I did not know this. If it was clear life was in danger or things could get out of control then I would have returned home with my tail between my legs.

Every major news outlet used the footage. (unlike the guy mentioned above I had no interest in promoting myself)

One of the local firefighters contacted me whilst still on site hours later saying it was great footage!

and sent me some close up on the ground footage from when it was fully blazing from his suitcam asking not to share as it included chitter chatter over the emergency services radio.

I also think there’s been a fair few posts on here of fires and what not in the past so probably another topic of differing opinions amongst members. I remember at least one topic got ‘heated’ excuse the pun. But as is often said. We are not the drone police.

I was a Firefighter for 30 years and as someone mentioned above common sense prevails with using your drone at any time.
From a good common sense distance I cannot see there being any problems providing there is no emergency services air support in whatever form around the area, I would take a different view to anyone flying over or near any incident scene as any such footage could be very upsetting to people/relatives/family.

At the end of the day it comes down to whether you’re interfering or likely to interfere with an emergency operation.

If you fly up and take a peek at a fire and land probably nobody is going to mind. If you hear the sound of a Matrice’s props in the area near a fire and keep flying then you might have an issue.

Just remember that Cat 1 responders have airspace priority at and around an emergency scene basically.

And that also when people are in a risk to life situation and being handled by emergency services it may in fact be one of the exceptions to the rule about privacy in a public space.

I listened to the podcast, and was a little frustrated that the legislation doesn’t seem to set any limit to the distance surrounding an emergency situation.

I can see a situation where a remote pilot could be flying, and not even be aware of a local “emergency situation”. Not all of them involve sirens and blue flashing lights!

As with anything like this, I would hope that common sense would prevail!