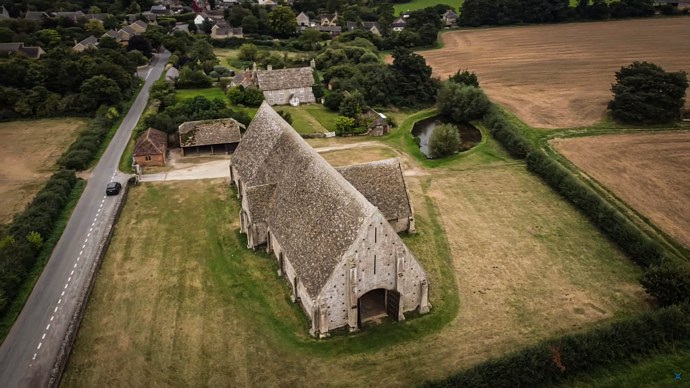 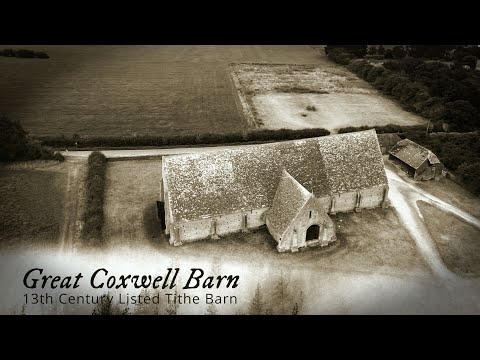 Great Coxwell Barn is managed by NT, as such, TOAL an landing was performed outside the NT boundary.

Once part of a large 13th century grange, Great Barn in Great Coxwell is all that survives of the site that provided funds to Beaulieu Abbey in Hampshire. The original grange would have included a windmill, pig farm and dairy herd. 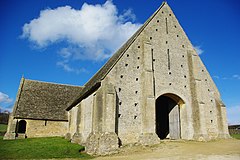 Great Coxwell Barn is a Medieval tithe barn at Great Coxwell, Oxfordshire (formerly Berkshire), England. It is on the northern edge of the village of Great Coxwell, which is about 9 miles (14 km) northeast of Swindon in neighbouring Wiltshire. The barn was built about 1292 for the Cistercian Beaulieu Abbey in Hampshire, which had held the manor of Great Coxwell since 1205. Since 1956 it has been in the care of the National Trust. The barn has been a Grade I listed building since 1966 and is ...

The originator declared that this location was not inside a Flight Restriction Zone at the time of being flown on 26/09/2021. It remains the responsibility of any pilot to check for any changes before flying at the same location.