Have you ever flown a Mini 2 or any drone from a ferry?

I will be going on a Red Funnel ferry for a 1 hour ride to Isle of Wight. I will have my drone with me as I am going to the Isle of Wight for it, but is it worth taking out my Mini 2 on the ferry?

Any tips, warnings, advice, opinion, anecdotes would be welcome.

The challenge is landing on a moving target. The Mini 2 takes its cue from GPS, and from its point of view it’s trying to fly it through 3D space while asking it to land.

I found wind speed can be stronger over water, and personally wouldn’t want to chase a ferry to try land on it.

Also in experiments flying from land over the Solent, I have lost signal close to ships. I have assumed it to be RADAR interference, but whatever it was the drone would have to work out what to do for itself a few seconds.

If you set the drone to hover, land, or return to home — the three options from memory — whichever you choose won’t work if you were unlucky to lose signal.

It is a safer bet to fly from dry land, land back on dry land. You can still buzz around the ferry going about its business and you’ll have your drone back to fly another day.

Also in experiments flying from land over the Solent, I have lost signal close to ships.

Never had that issue in MANY flights around ships in the solent.

If you normally use the auto-take off … it will go up the usual distance and IMMEDIATELY move toward the rear of the ferry … at the ferry’s speed.

It does what’s normal … hover in a stationary position … and that’s in GPS terms.

So - make sure you are at a high point on the ferry with NO superstructure toward the ferry’s stern.

Never had that issue in MANY flights around ships in the solent.

Here’s an occasion when I didn’t lose signal: 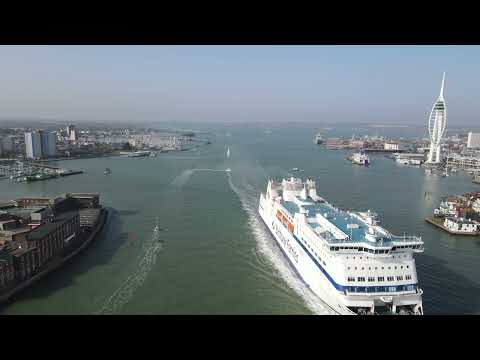 Here’s an occasion when I didn’t lose signal:

Whilst not mine, here’s a large number chasing ships videos with no signal loss taken in that same area.

then it will give a navigation error

Never tested this, maybe we could

I’ve taken off from boats before ok. Hand launched and landed on deck.

Somewhere there’s a vid that someone posted launching and hand catching off his sailing boat.

And there’s this guy …

Wow that so nearly got wet

Somewhere there’s a vid that someone posted launching and hand catching off his sailing boat.

Finally flew from the boat! Sad about the results General Drone Discussion

I finally plucked up courage to fly the Mavic Air from the boat and caught it! Got some amazing footage but, sad to say, it is all jerky. I think it may be something to do with dropped frames as I recorded in 4K (thinking it was my only chance and probably wouldn’t do it again) If only I’d recorded in 1080p. Any ideas how to fix? Here’s a short clip.

Wow that so nearly got wet

If there’s much up-and-down motion in the boat, the drone can launch itself if it’s sat with the motors running.

Some posts about the issue, and a demo video, in this thread.

And, if it auto launches itself …

Thank you all who replied. That was a good reality check. I can see that I am risking a very hazardous operation which is not warranted. I am going to play it safe and cover things from better conditions on the ground.
Thanks a lot for your help.

This is my favourite launch & catch. 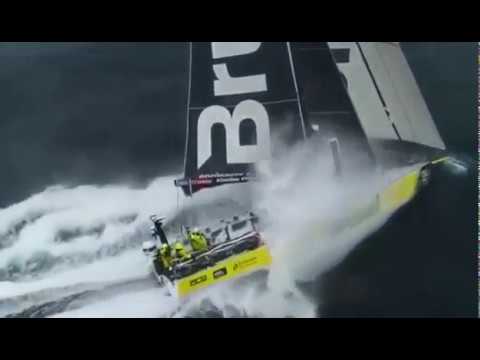 Sod the drone flying! I would just LOVE to be sailing that incredible boat in the incredible race in which it was participating!

Regret few things in life … but missing out on a round-the-world sailing race I’d been selected for is one such.

Wow, that was incredible! But it also shows why I love the drone so much. Having a drone is like having the omni viewpoint in a story. There is no other way they could have captured that epic footage! Thanks for sharing this.

On the RTH side of it couldnt you set it so it is using the Controller as the ‘Home’ point???

Still a very new Newbie but just thinking logically? The controller is moving so the drone will follow the controller??