The 3rd video from a day out to the Borders, a mix of drone footage and phone capture of the interior of the castle and me playing my Native American style Drone flute - something different… 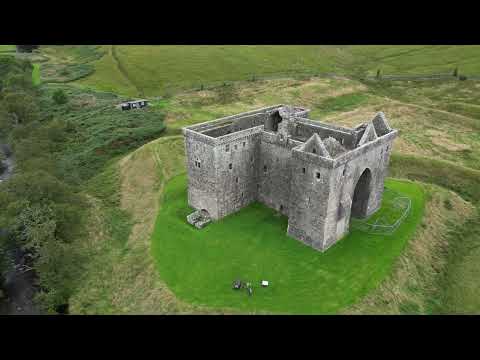 Really goes well with the video ,

Thank you… I started playing about 4 years ago after being introduced by a friend, they are really meditative, and got the Raven Drone Flute for Yule last year as a gift from hubby… Have used it a few times on video’s, this was the first time, pic is a bit jumpy as I had the frame rate set incorrectly… 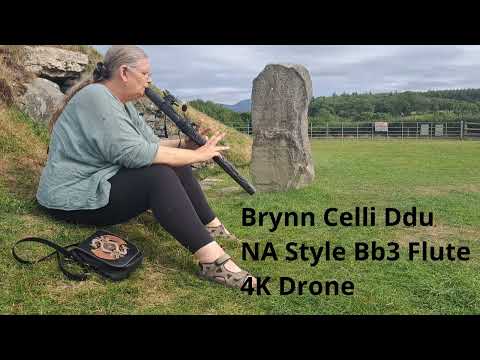 Subscribed to your Chanel , I love the poetic melody of the flute , it reminds me of some of the movies I’ve watched where in a rain forest or somewhere far out and isolated , just awesome !

I can’t help but think of a couple of the Rambo films were he’s in the jungle , or going down the river on an old boat but so mellow ,

but I come from a family which I grew into music as it was all around me / sounds etc , my father played the drums and bongos ( have to love the bongos ) my mother played the electric organ , we also had a guitar ( electric ) which we all had a go

then my brother and myself got into dj-ing so anything to do with music or melody’s and distinctive elements is literally music to my ears !
Thanks

Thanks for the response and the subscription, much appreciated… Love my drone flute and my other fluts, started to make our own flutes this summer, have made 6 working flutes and some awesome firewood too

Hehe, I started making my own yidaki a few years ago, I gave up when I found I was making more kindling and firewood than yidaki

Lol, I have a few ‘flutes’ stached in a cupboard for reworking… But have to say I am happy with how the ones we have completed sound…

Yeah didgeridoo, didjeriduh or any one of the hundred spellings. Yidaki or mago are the native words depending on the style of the instrument and the way they are played.

Didgeriduh is a name us white boys came up with and has become a generic term for them. I try to use yidaki as both of my instruments were made in Australia by traditional methods, one was even made by Gapanbulu Yunupingu and has been played in front of Her Majesty. Cost me a pretty penny but sounds awesome

Mmhhh, most girls I have met are quite intrigued. Especially when they find out I can circular breathe and never need to come up for air

That’s where she brought hers back from , just to set the record straight so no one thinks it was put anywhere it shouldn’t have been

Cow beat me out the house with it because I told her I don’t want anything serious , which I did tell her from the start !

Sorry for derailing your thread Suzanne

No worries, enjoyed the bants…

I hope the surgery went well🤣

Magical. The sound is so pure.

Thanks, it is an amazing instrument to play…