The Hilbre Islands are an archipelago consisting of three islands at the mouth of the estuary of the River Dee, the border between England and Wales. The Islands are cut off from the mainland by the tide for up to four hours out of every 12. They are classed as one of just 43 unbridged tidal islands in the UK that can be reached on foot from the mainland.

New Brighton is a seaside resort in Wallasey, at the north-eastern tip of the Wirral peninsula. It has sandy beaches which line the Irish Sea and mouth of the Mersey, and the UK’s longest promenade. One of Wirral’s most famous landmarks, New Brighton Lighthouse stands 95ft tall and is modelled after the trunk of an oak tree. The lighthouse, built in 1830, was in continuous use until it was decommissioned in October 1973. Fort Perch Rock was built as a coastal defence battery to protect the Port of Liverpool during the Napoleonic period. Although it is closed to the public, you can take a stroll around the outside of this magnificent building which has played a pivotal role in Merseyside’s history.

If you`ve enjoyed watching this video, then please give it a like and consider subscribing for future content. 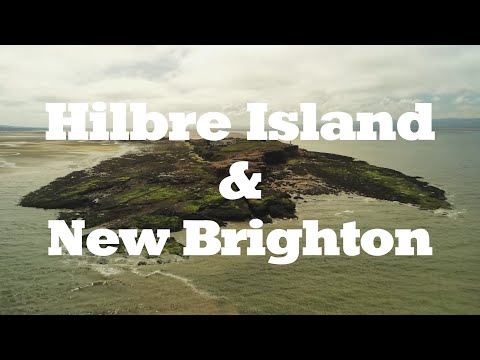 Filmed using the Parrot Anafi drone and Samsung S8 smartphone and Zhiyun Smooth 4 gimble. I was quite nervous flying the drone so far out over the sea during the ending shot but really pleased with the shot. During the hours i was filming the weather went from cloudy/overcast to clear/sunny which posed a problem when trying to match the footage during editing. On retrospect i will fly at a higher altitude when getting those top down birds eye view shots. Overall, happy with the results though any constructive pointers welcome.

Lovely video and brings back memories of when I used to stay with relatives as a kid in the 70’s in Wallasey. We used to amuse ourselves avoiding the “Mersey Trouts” when paddling in the sludge at New Brighton

. But I preferred West Kirby, Hoylake and Thurstason for the scenery.

Thanks Ted, glad it brought back some happy memories for you. I didnt venture as far down as Thurstason but from what Ive seen so far the Wirral peninsula has some very scenic places to visit!