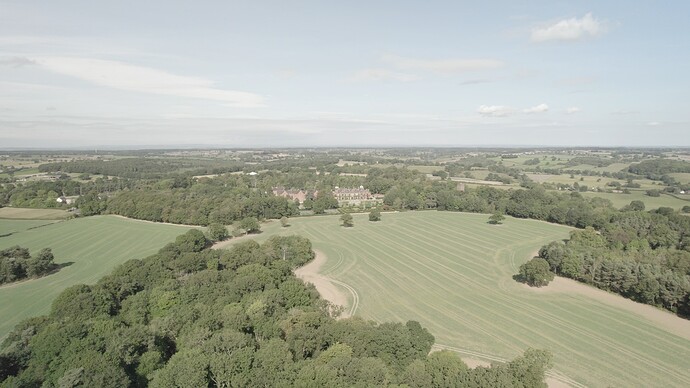 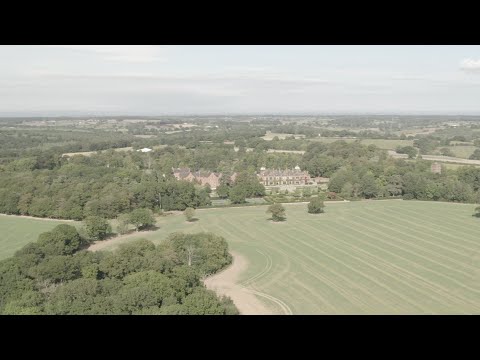 This location has been recommended to fly your drone in the English Heritage category in the West Midlands region.

The original Hoar Cross Estate comprised 490 acres and was bought for 18 pence in 1450 during Henry VI’s reign, including a moat and a drawbridge, common in Tudor estate houses. It is reported that onlookers would simply turn up, just to set eyes on the building. It survived for nearly 300 years before being demolished in 1740.
From the early 17th century, Hoar Cross had been the first seat of the Ingram family whose principal residence was Temple Newsam, Leeds, West Riding of Yorkshire. In 1661 Henry Ingram was brought up as Baron Ingram and Viscount of Irvine. On the death of the 9th Viscount in 1778 the Viscountcy became extinct. The estates descended to his daughters and in 1841 to Hugo Charles Meynell (grandson of Hugo Meynell and son of Sir Hugo Meynell who had married Elizabeth Ingram in 1782). Upon inheritance, Meynell incorporated "Ingram" into his surname to become Meynell Ingram.

Today Hoar Cross Hall is a 19th-century country mansion near the villages of Hoar Cross and Hamstall Ridware. The Grade II listed building is operated as a hotel and spa, and has facilities for conferences and weddings.

I flew from a gate pull-in at 52.801534, -1.814086. My flight was not as far and interesting as I hoped for, the abundance of high dense treeline severely restricted reception range. I definitely need to consider hacking FCC mode for my AIR2S

The originator declared that this location was inside a flight restriction zone at the time of being flown. Permission to fly was obtained from Tatenhill Airfield. It remains the responsibility of any pilot to check for any changes before flying at the same location.

Hi Steve. I’m new to the drone scene (Mini 2) and although I’ve got my flyer ID & Operator ID, I need somewhere to practice - only low level stuff to begin with. Any ideas? I’ve thought of knocking on the doors of a few farmhouses locally - what do you reckon? Thanks in advance.