How to create signatures in Photoshop using Brush Presets

This topic has come up several times in the past, so I thought I would show how I create signatures for adding to photos, in Photoshop using Brush Presets.

I am still learning the ropes with YouTube and this video wasn’t easy, being the first recording with me in it … and talking 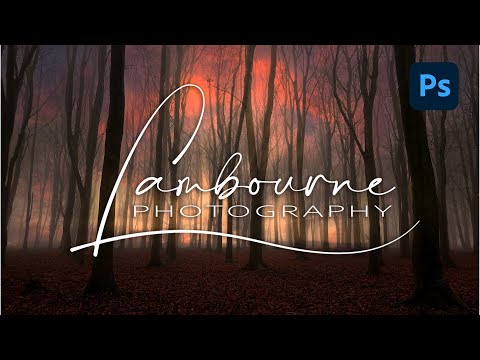 No, never tried it. I have many Adobe products, so PS makes sense, all apps integrate natively. I also have years of plugins and scripts, so it would be difficult to jump ship.

It looks good though. It seems more like Lightroom than Photoshop, with a focus on file managment.

Capture One vs Photoshop: The Best Photo Editing Program? – Lapse of the Shutter

Thanks for the info. That’s a good tool for adding to images, but can it be saved and used as a layer in video’s ?

If you add it to a blank layer, then save as PNG, then it can be added to a video.

Just tried it, worked a treat.

Can you add an image behind the text but still keep the transparent background ?

Yes, but it depends on whether the image you are adding behind the text is transparent. PNG images store Alpha data (providing transparency), whereas JPG does not.

Ah ok, most of that has gone over my head but does that mean I have to use an image of my own and somehow make the background transparent?

You can use your own image, or one you have downloaded. What I meant was that the image would need to be a PNG, as their background allows transparency - but JPG, BMP, etc … does not.

Take the following example. First layer is the image I want to apply my signature to, i.e. ‘Background’. Then I create a new empty layer (+ sign down the bottom right in the layers pane). I paste my PNG image into that. Yes, I have chosen a sheep for comedy value

But you can either make your own or download one. Just make sure it is a PNG though. Then finally I add another empty layer for my signature. Once done, I select both the image layer and signature layer (hold CTRL to select both), then click the Move tool, and horizontally align. 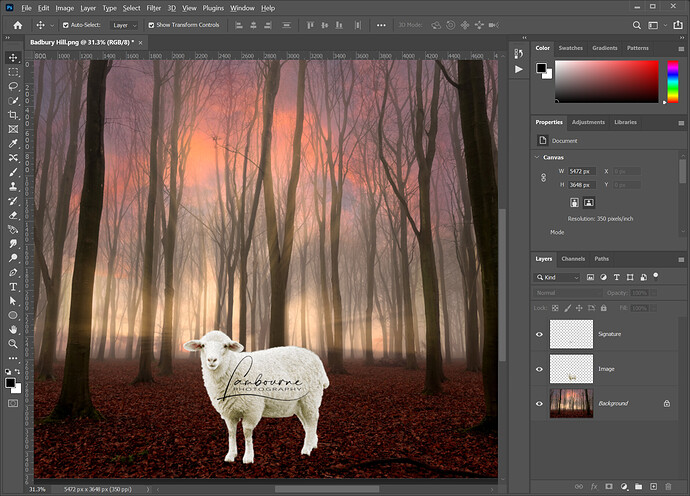 And no, I will not be keeping this as my signature going forwards

And if you want to save it as a Brush Preset, do the same without the Background layer - and follow the steps in the tutorial video above