How to organise shots and sequences for and during editing?

I tend to film in long sequences without much of a plan and rely on the edit… well that’s not strictly true, I do initially have sort of a plan, but it usually turns out that during the flight I get a bit distracted, what with all the controller bleeps, random warnings and middle aged men who want to chat, so I forget what the plan is. I usually just end up flying at every angle and distance I can get in as quickly as possible, whilst recording it all in one go. Later, after chopping them up into their different constituent bits in the editor (Powerdirector), I nearly always lose track of my shots, sometimes repeating them in my edit without realising until later or using the inferior shots because I’ve missed the better ones in all the clutter.

Can someone give me tips on how to organise them on a 14" laptop screen?

Is there a easy workflow sequence I could follow during editing?

I cannot talk for Powerdirector but most video editing softwares have there own way of dealing with organisation.

Davinic has a media pool you can organise your clips into bins with all manner of ways to store the clips from simple names to any kind of meta data information you want to add.

I would start by not shooting one long clip and then call each clip by what type of shot it is. Fly over, parallax etc them maybe grading it from 1 to 5 in the title also so you know ow which are the best shots?

Is there a easy workflow sequence I could follow during editing?

The clips I have used in my edit are underlined in green in the media library, I thought all video edit software had a similar feature, and low and behold I found this for you 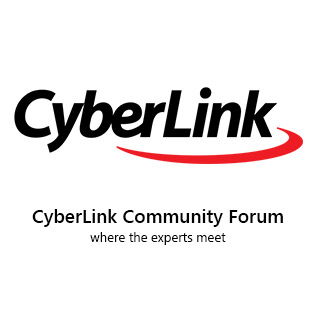