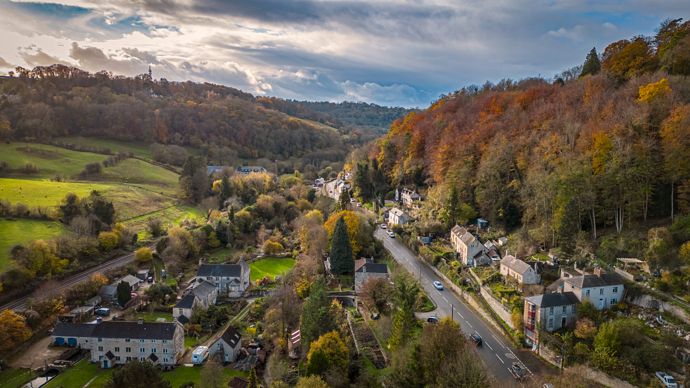 Another site of the long, disused Thames & Severn canal.

Standard Thames & Severn canal company designed brick-built bridge, across the tail of the lock on a slight skew. The bricks are handmade and of a dark red colour, laid to a fairly irregular English bond. The bridge has a segmental arch springing from wedge-shaped stone springers – which are continued on the off side as a rubbing strip - and is protected by a simple projecting brick drip mould.

The wing walls are built with an inward ‘batter’ and curve outwards from the arch to end in pilaster terminals. The parapet brickwork is contiguous with that of the wing walls and spandrels rather than being of a separate construction.

The parapet is level over the arch and then originally sloped gently down in a straight line on either side to the ends of the wing walls. The construction of the adjacent turnpike in 1815 led to the approach from the off side being raised, and the parapet was raised in a mix of brick and stone accordingly. It is topped by a plain stone coping. 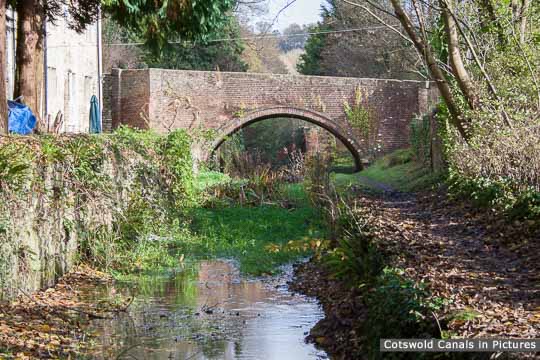 Standard Thames & Severn canal company designed brick-built bridge, across the tail of the lock on a slight skew. The bricks are handmade and of a dark red ...

A couple more from the Mini 3 Pro: 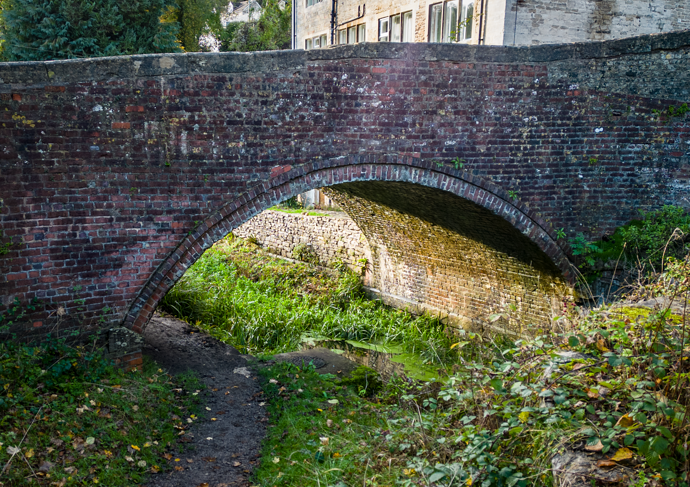 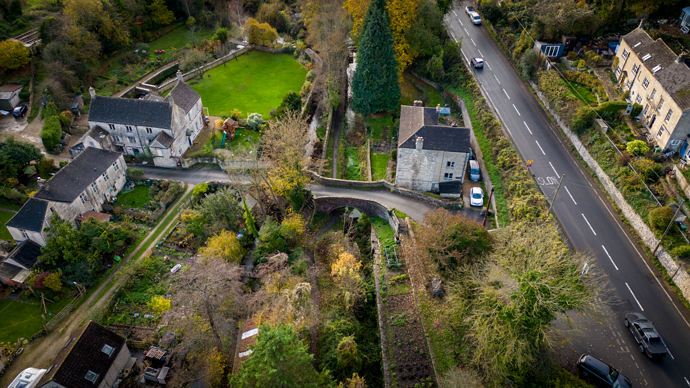