From what I have gleened the author of the article, Gregor Young, is not actually employed by the National, but is a freelance writer as he is also listed with the “Scottish Farmer” and the Bradford Telegraph and Argos, a newspaper I used to work for.

Reading between the lines it would appear our erstwhile Mr Young never actually spoke to any witnesses or the police, but rather created the article by watching/listening to STV.

If you approach the article from a critical, not cynical, standpoint you are left with the word of one witness, no mention of damage or evidence of a drone, and a police spokesman saying the incident is being investigated, a statement which is equally broad as it is long. So about as much substance to support that there are fairies on Ilkley Moor.

Again I stress, if there was a drone above the bridge then the operator should be penalised to the full extent. But until then this is no different from the Gatwick incident, where after extensive investigation it was deemed there was no drone, but it still lead to the over regulation and the aminosity we all find ourselves in. 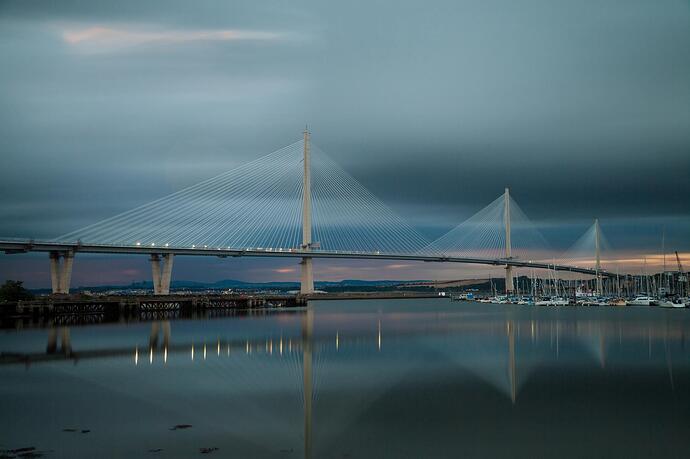 A VAN driver crossing the Queensferry Crossing came “inches from disaster” when a low-flying drone struck the side of his vehicle.