In a move that I personally think is a huge mistake, the Indian Directorate General of Foreign Trade (DGFT) announced that it’s effectively game over for DJI and others in India. The order banning foreign drones came into place on the 9th of February...

Interestingly on the same day this law was brought into effect the Indian Government scrapped the requirement for drone licences.

If the rumours hold true this importation ban was brought about by lobbying from an Indian based drone “manufacturer”. If so then it’s on a hiding to nothing as domestic manufacturing cannot compete with the prices of imported drones, even when an imported Phantom 4 can cost 10 times as much in India as it does in the rest of the World.

Much like any Government that decides to regulate a technology it doesn’t understand, the Indian Government have essentially, and wilfully, shot themselves in the face.

As I understand it there’s never been an official import path for drones in India, all foreign drones have been sold via a greyish/blackish market and not via an authorised distributor

Visit any electronics shop in Dubai and all the prices are in Dirhams, Dollars and Rupees.

Massive Indian market and huge Indian workforce in the UAE, it’s the same for phones and laptops

And yet a week later, DJI drones are still for sale on India Mart 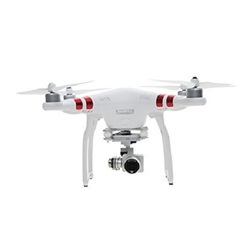 We have a member that lives in India … I’ll try and find out who it is and, if they’re still about, get their take on this.

@Alkahest … are you still about?

Haven’t checked about but with a few drones like Mini and Mini 2 they were available on white paper sale.

While exisiting ones had a registration process and did get whitelisted this is a law that does ban further imports. On the other hand however, it has also made import of parts free. So the FPV community here is pretty happy on that end if that’s a silver lining!

Thanks for the input.