Wasn’t sure that the top spray head was rotating correctly …. so … GoPro in waterproof housing, LumeCube illumination, all on a GoPro sucker mount, it was! 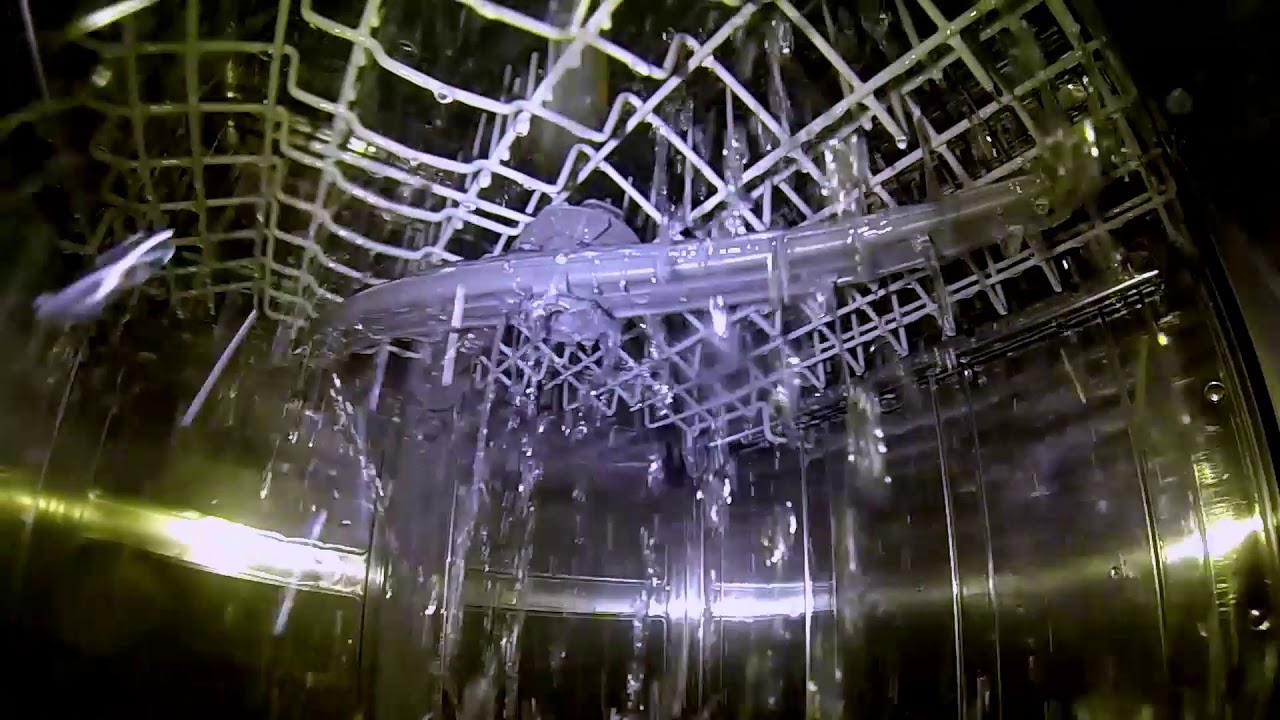 Such a weird sound … courtesy of the GoPro waterproof housing filtering out so much of the audio spectrum!

So, then, I thought I could make the audio sound more “dishwashery” if I sped it up … but slowed the video … 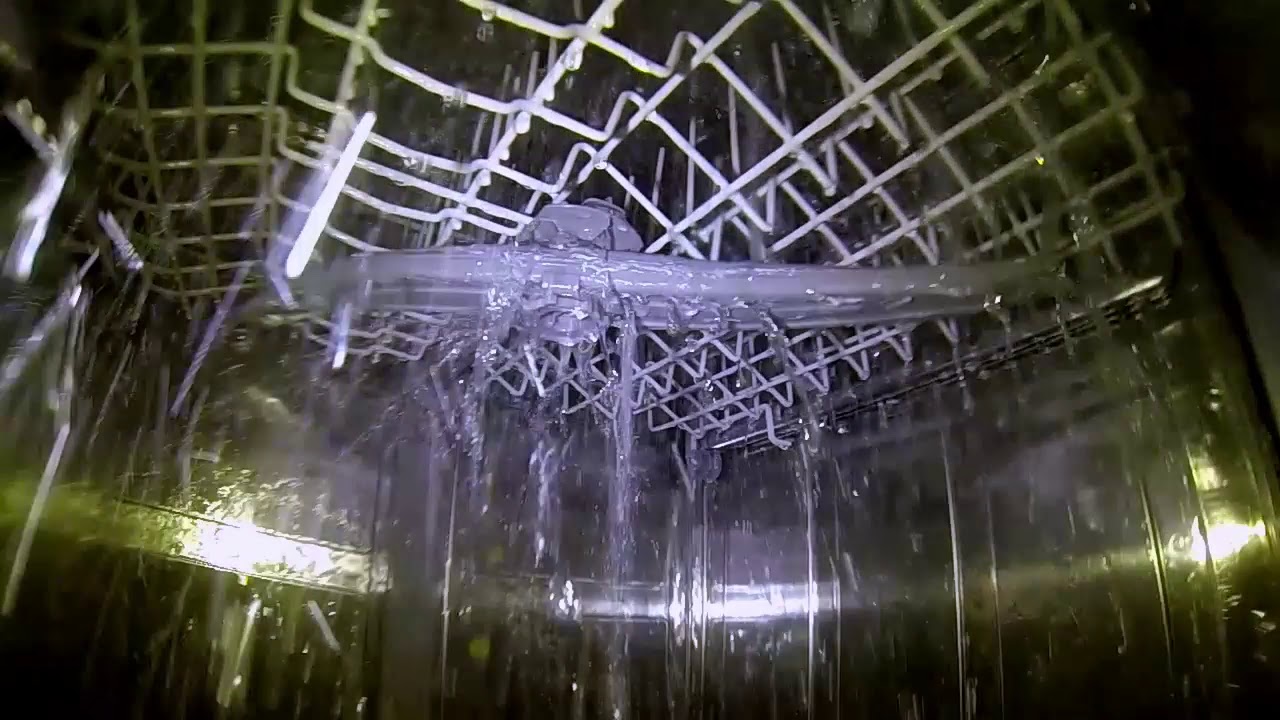 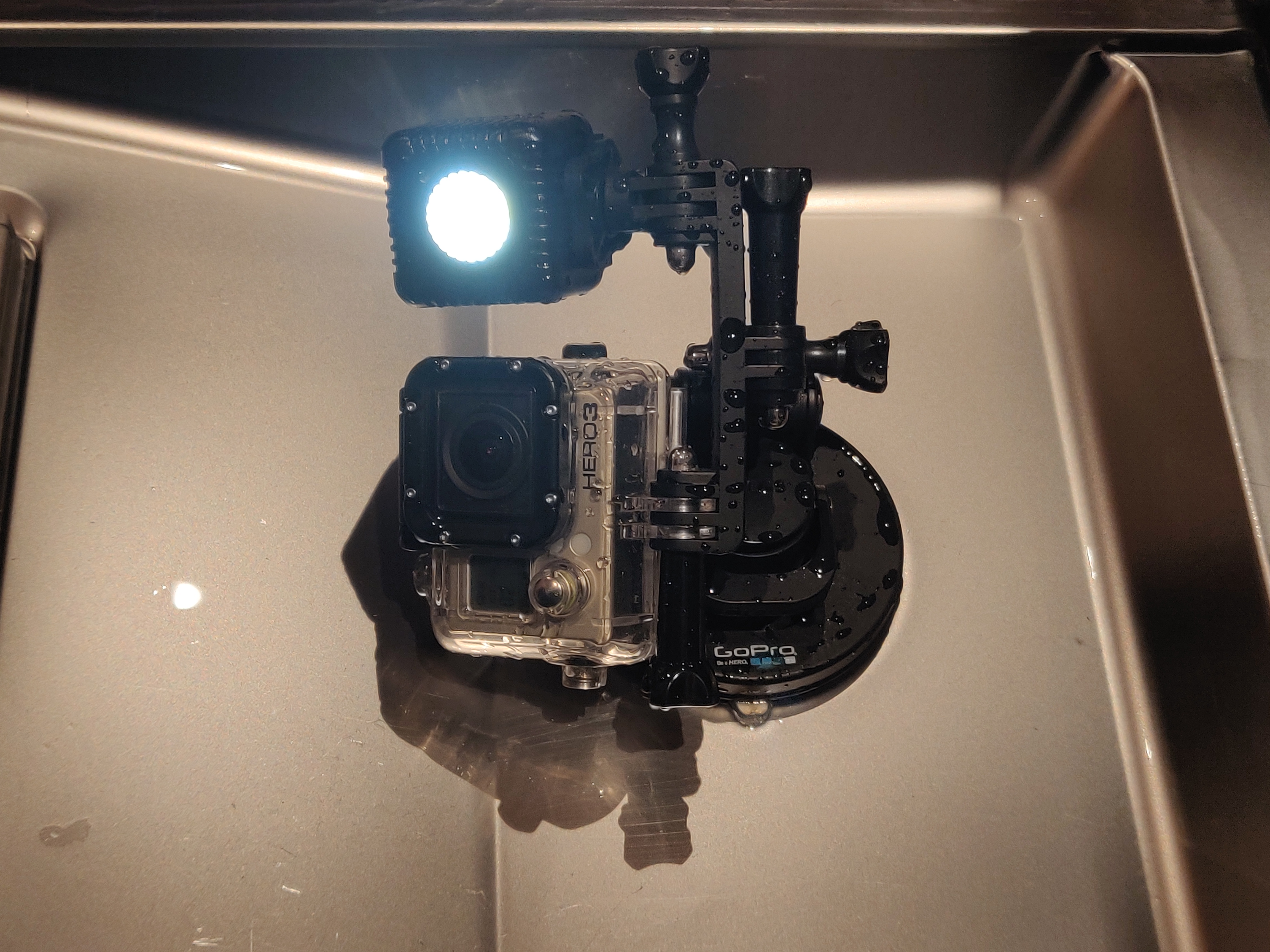 Well, I now know what goes on inside my dishwasher

For some reason I’d always assumed that bar span round about 100 times faster than that?

I knew it didn’t spin fast …

I guess, the more energy used to make it spin fast, the less there would be in the spray to clean the plates, etc…. and most of the water would be thrown to the sides of the dishwasher and miss the things it should be cleaning.

Genius! Could use the same setup to answer the age old question of whether the light goes out when you close the fridge door!

Just remove all the shelves and get in there and close the door behind you.

Try explaining that one when the in - laws turn up…

After more than two months (judging by the date of the OP), of the top spray-head failing to rotate correctly …. I’ve solved/fixed the problem!

Eventually, something like a grain of whatever from my Muesli was discovered stuck in one of the water jet holes.

During use it would move to block the very end jet on the arm … the one that provides most of the rotational force.
But the reason I couldn’t detect this, previously, was that it was large enough not to actually get stuck in the jet for me to see it after use … but, without the water flow, it just fell back inside the head … only for the head to spin again for a few minutes before coming to a halt, again. 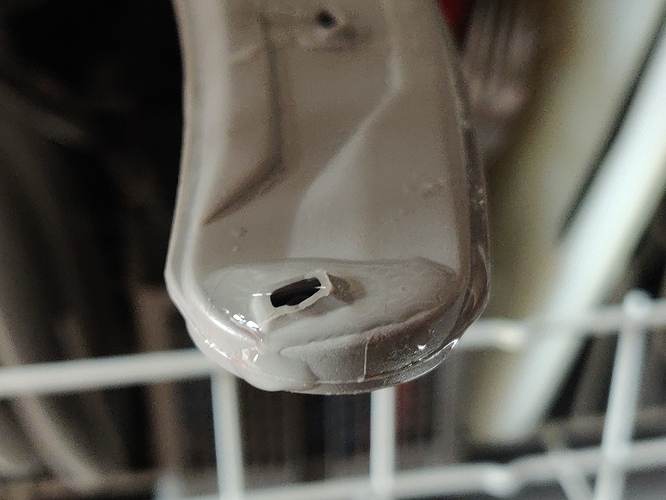 During use it would move to block the very end jet on the arm … the one that provides most of the rotational force.

This reminds me of a very strange problem a work colleague had with his car years ago - it was either a Sierra or early Mondeo, can’t remember which. Anyway, he’d be driving along happily, and without warning the engine would just die. Could be anywhere, including in the outside lane of the motorway. But it always started again straightway with no problem. It was in and out the garage for weeks. Eventually, in frustration, the garage decided that the only thing they hadn’t replaced (this was all under warranty) was the fuel tank, so they changed that. When, under instruction from Ford, they cut the old one open, they found (courtesy, presumably, of some joker in the factory) a condom.

Said condom would get sucked down onto the fuel pipe in the tank and, of course, as soon as the fuel pump stopped, would float away again so the engine would restart.

Thinking about it now, wonder how long the latex would have lasted and the problem solved tself.

wonder how long the latex would have lasted

Can you imagine the advertising slogans they could get from that!