Is my SPI receiver bricked?

I was flying my Crux 3 (CRAZYBEEF4SX1280) earlier today, and after I landed to clear some dirt from my camera, I heard the radio saying it had lost telemetry and that was it… After this I have plugged and unplugged the battery a few times to be certain but it would no longer connect to the radio. I’m afraid the rx on the board might been damaged somehow.

Do any of you know of anything I should check to confirm this?
Being the case that the receiver is indeed gone, would it be possible to solder an external rx to it (not sure how it will all fit, if at al but will try)?

Btw, I have checked connecting the radio to another drone, and its working normally…
thx

would it be possible to solder an external rx to it

If you have a spare uart, sure

Thx for the reply… I’m not sure I do. I’m trying to find the FC and its specs to determine the options…

It does indeed… Where did you find this? I’m trying my luck on browsing through the different AIOs on various shop sites but still no luck on one that matches with the receiver I have (ELRS 2.4).

I searched a crux 3, went to hobbyrc and copied the fc details into google

If you go into betaflight, it will show unused uarts. Then just find it. Likely were they are in the image above

Based on Betaflight, it seems uart1 is unassigned

I can’t even see the picture you posted properly, let alone the fricking solder bits…

I’ve soldered to mine. Not an issue. Yeah switch it to UART 1. Have same AIO in the Darwin fpv

You might wanna check the motors all good from betaflight configurator

Yeah, motors are fine. Have checked them already. Seems to be just the receiver is not responding…

How did you go about to do it on yours? I think it might be a slightly different board bc mine is 1s only and 5a, I reckon the darwin one is probably for 2s, but the process to eliminate the spi and add an external rx should be very similar if not the same.

Having had a closer look now, the one you posted is very similar but its not the same. Mine looks like this one: 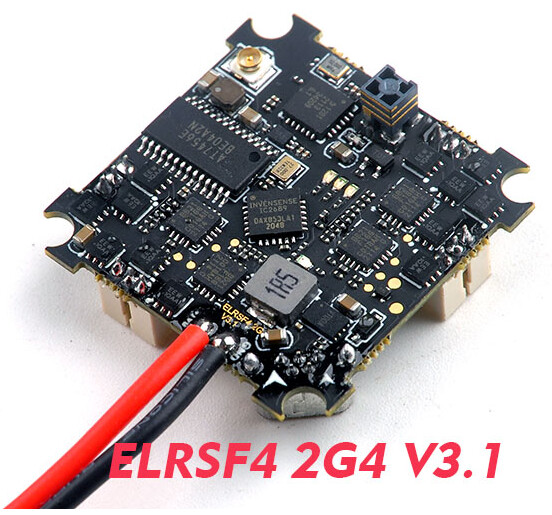 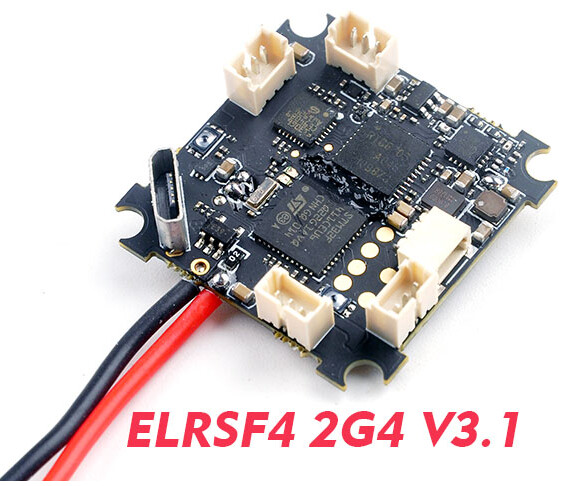 Any damage around this area? 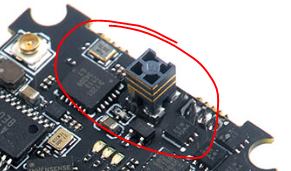 Was my first thought as well, but none that I could see at least…

Do you reckon I would “just” need to solder the receiver into either area 1 or 2 from the picture below, update the uart configuration in BF and also on the receiver tab? 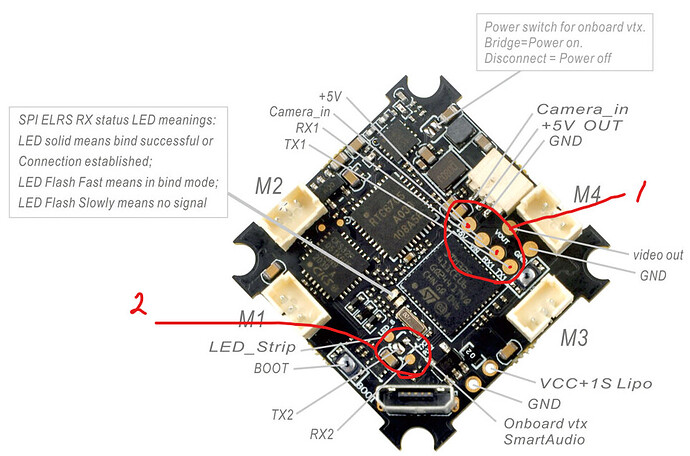 This is the page I got it from for reference: Happymodel ELRSF4 2G4 V3.1 AIO 5in1 Flight controller built-in SPI 2.4GHz ELRS RX – Happymodel

Any receiver recommendations? I’m in for some soldering struggle… Placing the rx in the drone itself will be as well

Placing the rx in the drone itself will be as well

That’s the hard bit. If you’re elrs, get the smallest. @Yith will know.
As for soldering, I got some reading glasses from poundland for a quid. Serious. Works well, but fucks your eyes up. But we don’t live forever

This sucks!! But I guess it comes with the territory.

On the bright side, putting an external receiver on it, assuming it works, will future proof my drone on the ExpressLRS side of things. Given all thats going on about spi not being supported from version 3 onwards…