Is this one of our own? Cloud inversion at Mam Tor, Peak District 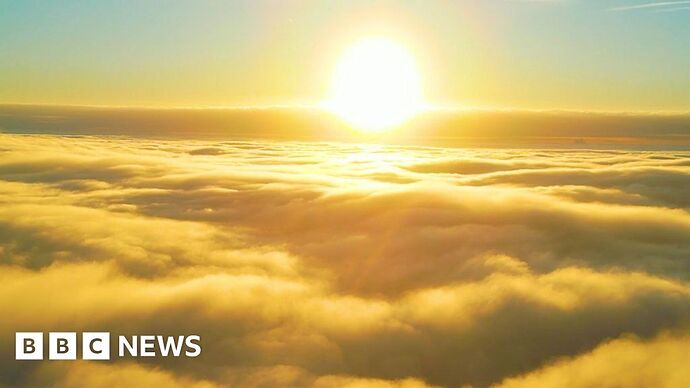 Nige Varndell captured footage of the temperature inversion at the summit of Mam Tor in the Peak District.

It’s a great film clip and something i never seen…

Nice clip, I wonder if he had problems with the drone trying to land continuously because of the fog?

I dont think he would have had too many problems with the sensors trying to force land the drone, the fog sits in the bottom of hope Valley surrounding the cement works
It is very probable that it was clear skies when he took off and landed from the top of mam tor and just flew out over the clouds

This an image take from google of the view over the cloud inversion from the top of mam tor. As you can see its a pretty simple level flight out that wouldnt cause problems 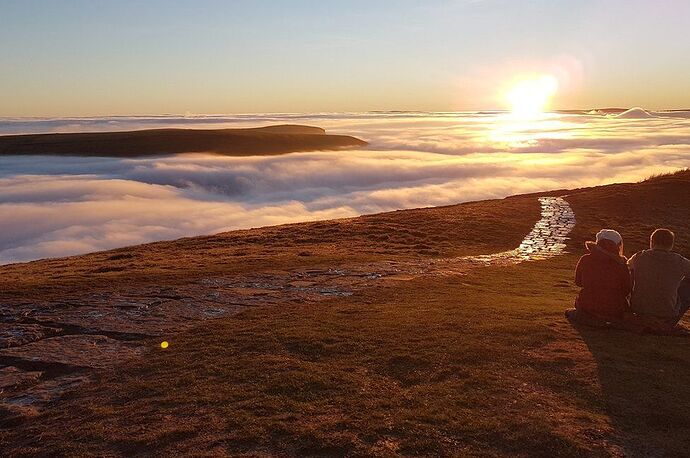 Watch out for stroppy NT rangers up there. The summit is NT land but if you go a bit further along the ridge the NT land stops so you can take off there and fly back over the summit.

Is this a rare occurrence in that area?

We get inversions here (Beacons) usually end of November into December.
Usually the hills are well above so its a drone flight in clear skies so no issues at all.

If you do hit a patch of it then generally all ive seen is a “visibility low - fly with caution” caption although i wouldnt hang around too long due to moisture concerns. (Legal reminder:- its illegal to fly through or into fog or cloud). 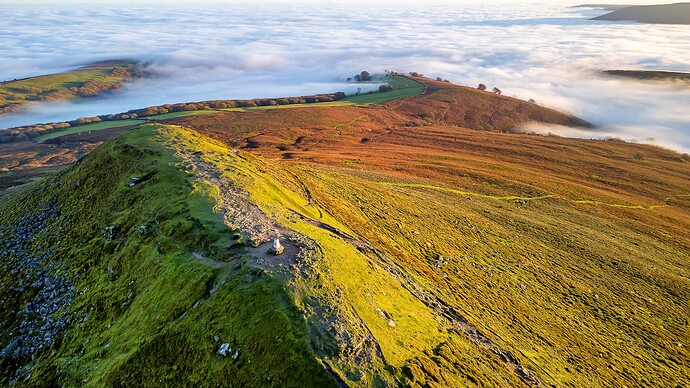 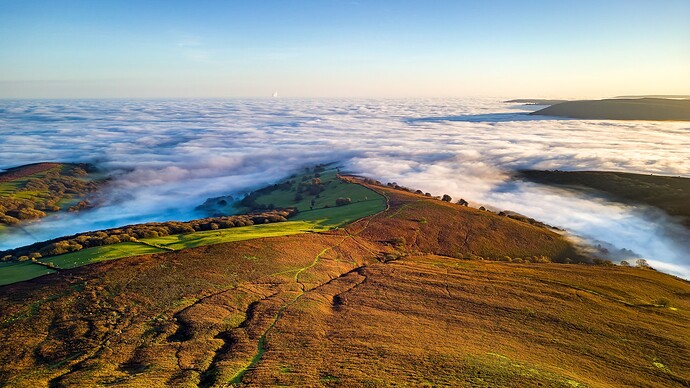 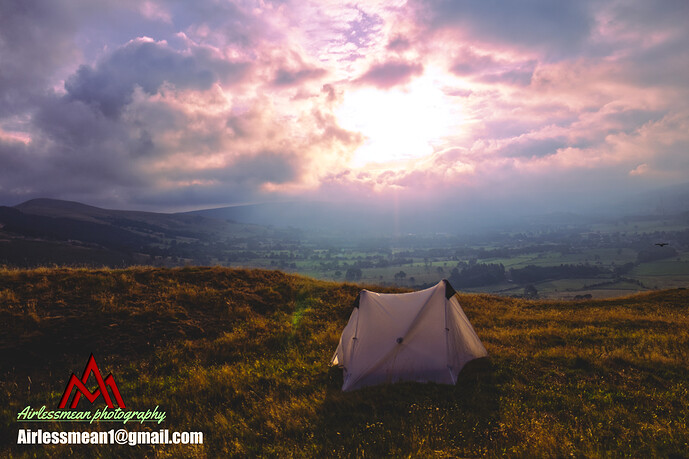