This could potentially be a controversial topic, I am not advocating this gus channel I have seen a few of his videos and he is anti establishment and goes out looking to antagonise police to see if he can worm out of it using his knowledge off legal loopholes.

I did however find the first subject of this video interesting where he throws down some facts surrounding the Laws behind Trespass. I know this affects us drone pilots. He says at one point that trespass is not illegal until you refuse to leave and could then be deemed an aggravated trespasser or are there with I’ll intentions and a few others.

I am not a fan of those who pull out a phone and try to outsmart and embarrass the authorities however I feel it is good to have a basic grasp of rules, regs or laws that people may quote to me.

If asked to leave by anyone with authority to make such requests I would always do so respectfully.

Ps I am not talking about hopping a fence onto someone else’s property the points I make above I am referring to the likes of EH, NT or my local favourite Green Sefton who could deem you a trespasor if you stray onto thier land unknowingly and without permission. 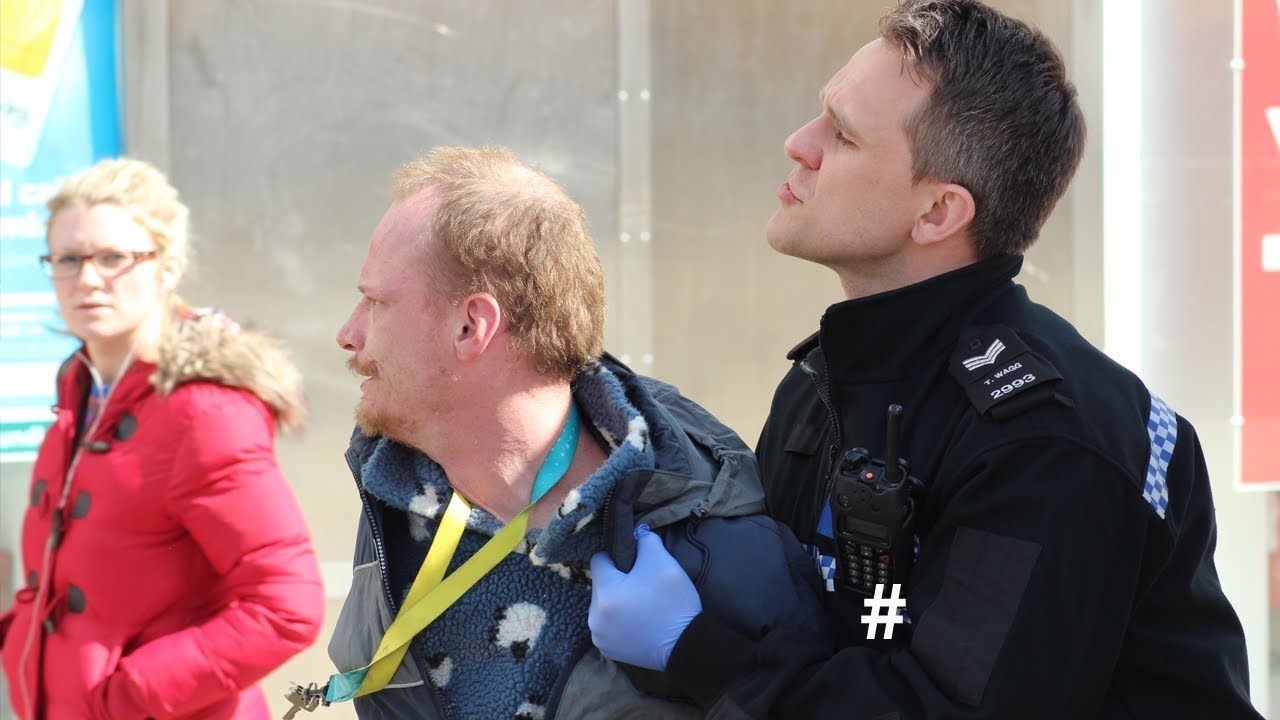 I acutally wondered the same thing earlier, so had a look here, not managed to cross check the references yet though

Trespass in English law is an area of tort law broadly divided into three groups: trespass to the person, trespass to goods and trespass to land. Trespass to the person comes in three variants: assault, which is "to act in such a way that the claimant believes he is about to be attacked"; battery, "the intentional and direct application of force to another person"; and false imprisonment, "depriving the claimant of freedom of movement, without a lawful justification for doing so". All three re...

Trespass is usually a civil matter unless it is aggravated trespass. I believe the aggravated part was brought into law to deal with hunts, protestors etc.

This was my understanding too, surely it would be counterproductive for an organisation to push a case into the civil courts.

I think if you were asked to leave and you left, pursuing it through the civil courts would be too much for most people and probably cost prohibitive.

Some info here, not specifically drone related though.

Interesting info on from the link above…

On the MOD land bit I remember doing gate guard duty and we used to carry a card, cant remember its number, but it basically told you that you were not allowed to shoot someone for trespassing (boring huh)

if i remember rightly it had a few conditions they had been challenged AND they were commiting an act likely to endanger life. It was really boring, I mean what is the point in joining the military and getting a gun when you are not even allowed to use it on your mates coming back p*ssed up at 2am when you are stuck on poxy gate guard.

On the MOD land bit I remember doing gate guard duty and we used to carry a card, cant remember its number, but it basically told you that you were not allowed to shoot someone for trespassing (boring huh)

RAF and Navy have slightly different variants but the rules are the same in line with the Geneva Convention.

A warning shot over their head would soon move them on

We had a funny situation many years back with 2 recruits who were on look out duty on the range, their duty was simple, sit in a box and watch for civilians walking into the range danger area. We’ll these 2 had their personal weapons to clean whilst on their duty (no ammunition for obvious reasons) they had some civilians about to encroach onto the danger area and after a few warnings they refused to listen, usually at this point you would call the ranges and firing would be suspended until said civilians had been removed.

Well these 2 decide to give the Card Alpha command of “Army Stop or i will shoot” and both pointed there 5.56 mini machine guns in the direction of the civilians

Needless to say it hit the fan!! I was hauled in as I had given them their briefing on their duties, luckily I hadn’t included any of this in my breif!!

Just remembered the line
“AIR FORCE stop or I fire” - or words to that effect.

LOL always loved the “words to that effect” bit

Gives you the freedom to throw a few expletives in there

As I understand, with a few exceptions, (notably Railway land) there is no thing as ‘trespass’ in England. You can go anywhere (almost) as long as you don’t cause damage.

If you leave your door open and somebody walks in, they’re not trespassing.

If you leave your door open and somebody walks in, they’re not trespassing.

Unless they’re a vampire, in which case they need to be specifically invited in.

In a similar situation as @Jimmymac had detailed. Where I worked we often had crazy women trying to get into our place of work. When confronted by the MOD police if they agreed to leave then usually no charges were issued, unless criminal damage was involved.

The same women tried the same stunt at a submarine base in Scotland, and unfortunately for them the trespass laws were different and they were arrested and appeared in court the following day.

On our site, we don’t have a physical fence line on one side, this heads straight out to sea. We often get people innocently walking onto site they are usually picked up by staff or security and 99% cannot apologise enough there is however that 1% who decide to be difficult. Our policy is to simply make notes of names and look for patterns and repeat offenders are reported mainly on security grounds not for actual criminal offences.

Now I’m not 100%sure but there is such a thing as right to roam, where one ends and the other begins I don’t know , but there is a lot of grey area obviously depending where you are . If the area is clearly fenced of I.e school grounds ,deralict buildings etc then that is aggravated trespass because you have taken steps to get onto that property whereas walking across fields etc can be deemed as right to roam or as unintentional trespass , there may even be a need to display signs stating that trespassers will be prosecuted.

need to display signs stating that trespassers will be prosecuted.

Yes, the right to Ramble. He same site i mentioned above with the range danger area which is accessible to civilians occasionally gets someone reciting this law to them. And in fairness there is absolutely nothing we can do accept stop firing until they decide to leave.

You see that was my whole issue with that card alpha varient they gave us, Im bloody certain they would have left a lot quicker if you kept firing and the firing got progressivly closer to them.