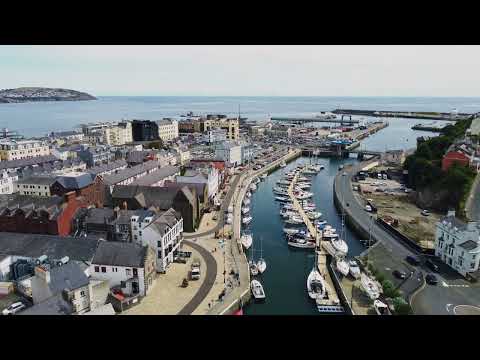 Short video of my trip to the Isle of Man.
I did travel around the island, but couldn’t get more footage for different reasons. I intended to get footage of the Laxey wheel, but it was covered in scaffolding.
Hope this is ok to share here.

but it was covered in scaffolding

Bloody annoying that. It’s not too bad if you get the opportunity to go back, but if you’re on holiday that’s not always possible. I was in Scotland a couple of months ago and I was hoping to get some footage of Ruthven Barracks near Aviemore on a day trip there, but wouldn’t you know it, scaffolding everywhere. Not a lot you can do unfortunately

The scaffolding has been up for a few years. It was only supposed to be a few months but then covid stopped everything.
It’s supposed to be down by the middle of this month, but I was only there for a few days. I’ll be going back next year, so can hopefully get some footage then.
There are some amazing places in Scotland. Will you be going back there once the scaffolding has gone?

I really enjoyed this video, and the music was a good choice. Well done.

My pal has a caravan in Blair Atholl he lets me use a couple of times a year so I’m hoping to get back in September. I don’t think we’ll be up near Aviemore then, but there’s always next year. I already have my possible flying spot picked (there’s a laybay on the A9 only a couple of hundred metres away and another right beside the barracks on the B970).

Great filming, but got to ask did you use any filters whilst you recorded the footage??