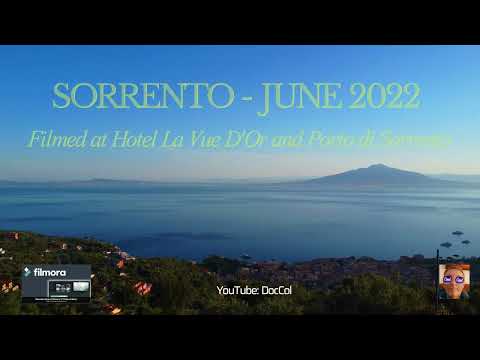 The original YT video I did of our Riviera Travel holiday in Sorrento was edited in the DJI Fly app on my phone and I used the 1080p composition straight from my phone for the YT video. I had trouble in Italy with the live feed and phone screen recording sticking, jumping and missing frames. These were still evident in the final video edit that I put on YT (didn’t have a PC editor then).

This seemed to improve when I got back to the UK, and I got smooth live feed and video edits. However, recently I had same live juddery feed issue which was also in the final DJI Fly App.

I realised (bit slow at this sometimes. Lol) that the Fly app, although good for roughing out a sequence, only uses the lower resolution files sent from the drone during flight (albeit rendered as 1080p), therefore the better quality and smoother footage (no drop out of frames) was apparent when I eventually got around to uploading the raw 4K footage of the holiday from the MicroSD Card onto my PC.

I’m guessing that either the wifi live feed from the drone to my phone screen was intermittant or the drone was overloaded and unable to send the data quick enough; but recorded the footage ok on the MicroSD card.

I’m now less bothered about slight stutters on the screen and upload the 4k files straight away into Filmora for editing when I get back home.

This video was created using the raw 4K files that I saved and edited start to finish in Filmora. If you compare with my original YT video of the holiday you’ll see what I mean (I changed it a bit because some footage was too juddery to put in my original YT video). Hopefully you agree it’s better than the 1st video I uploaded (some panning was a bit dodgy by the way and I’ve got a bit better on the sticks since then).

I normally wouldn’t bother with this diatribe but noticed the same stutter in some YT videos uploaded to GADC and I thought it may help others if they were aware of my issue.

the Fly app, although good for roughing out a sequence, only uses the lower resolution files sent from the drone during flight

… unless you use the app to download the full res versions of the video to your phone/tablet after your flight.

Tried that but it took too long and used up too much memory on my phone.

Sure - it will do both those things if you don’t want the highly compressed and lower resolution files that are transmitted live during the flight.

) you can connect the phone to the usb on the drone using an OTG cable to access the drive directly.

Chances are you’d need to use a different editor, though, since the DJI app won’t know about them.

I did that too but tranfer rate was rubbish (USB2 only) and drone was overheating. Best method I have so far is using a cheap USB3/card reader (quicker than the laptop built in reader) through my laptop onto a WD harddrive.

I still use the other crap files sometimes if I didn’t get the stutter but only for comp videos etc where expediance overules quality.

Indeed - card reader on the phone is better. (Waging a war in twitter … and watching F1 - only allocated 5 brain cells to the post.