Kidwelly Castle - Added to Castles and Fortifications in Wales 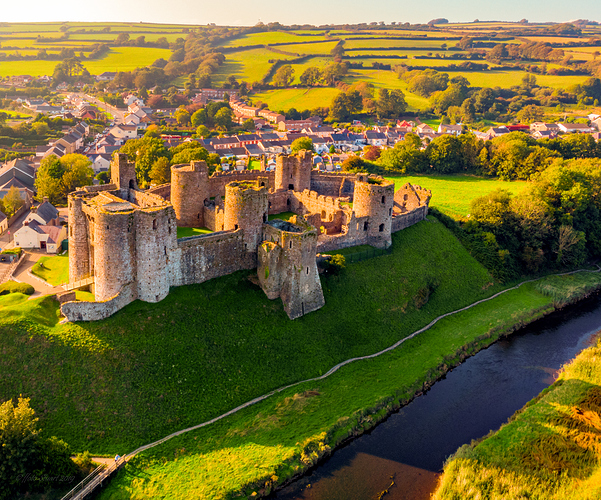 The castle falls within the West Wales Airport FRZ but when I called and advised I wouldn’t be flying higher than 100m, and that the flight would be after their operational hours they had no issues.

As a by the by - tried to eMail several weeks before but got no response.

It’s hard to tell, but may even fall into the Pendine sands and / or Pembrey operational zone which I couldn’t find an owner for, As I was on a public footpath (where my marker is) I took off, grabbed my images and landed.

As ever, you decide, I’m just sharing what I got and I believe I did so responsibly. YMMV