Knap Hill - Added to Castles and Fortifications in South West 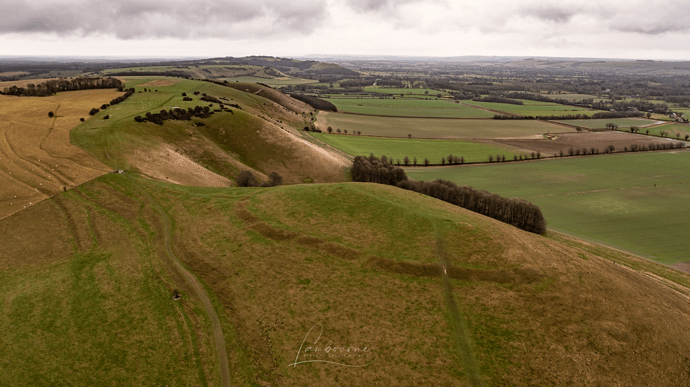 TOAL was from the summit of Knap Hill. It is about a 20 minute walk from Pewsey Downs car park, which is free. The path is very muddy this time of year (January), so make sure you have the right footwear. 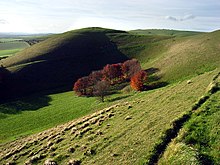 Knap Hill lies on the northern rim of the Vale of Pewsey, in northern Wiltshire, England, about a mile (1.6 km) north of the village of Alton Priors. At the top of the hill is a causewayed enclosure, a form of Neolithic earthwork which began to appear in England from about 3700 BC onwards, characterized by the full or partial enclosure of an area with ditches that are interrupted by gaps, or causeways. Their purpose is not known—they may have been settlements, or meeting places, or ritual sit...

The originator declared that this location was not inside a Flight Restriction Zone at the time of being flown on 08/01/2022. It remains the responsibility of any pilot to check for any changes before flying at the same location.