Lecht Mine - Added to Historic Buildings in Scotland 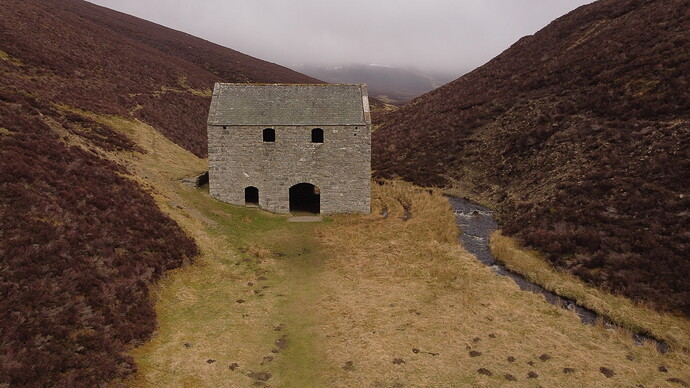 This location has been recommended to fly your drone in the Historic Buildings category in the Scotland region.

Situated in an area of oustanding natural beauty, around a mile from The Lecht Ski Centre. There is a small car park and the mine is an easy 10 minute walk although the ground can be quite wet.
The iron ore mine was originally opened in 1730 by the York Buildings Company of London, but closed seven years later due to significant losses. Re-opened in 1841 by the Duke of Richmond & Gordon, it was the largest manganese mine in Scotland but only survived another 5 years before closing for good. The surrounding area was used extensively to hide illicit whisky stills in the late 18th and early 19th centuries. The whisky was then spirited away using one of the many "Whisky Roads" that criss cross The Ladder Hills.

The originator declared that this location was not inside a Flight Restriction Zone at the time of being flown on 12/04/2022. It remains the responsibility of any pilot to check for any changes before flying at the same location.