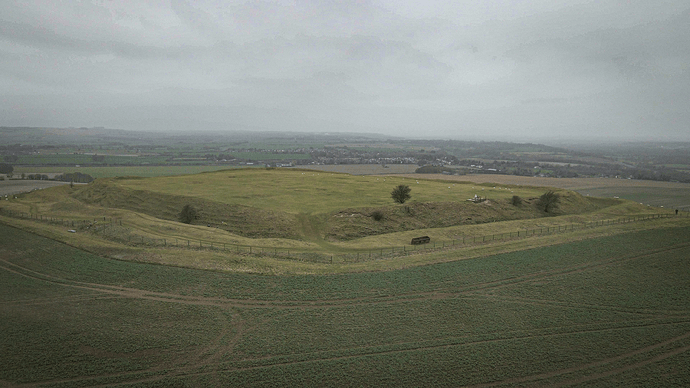 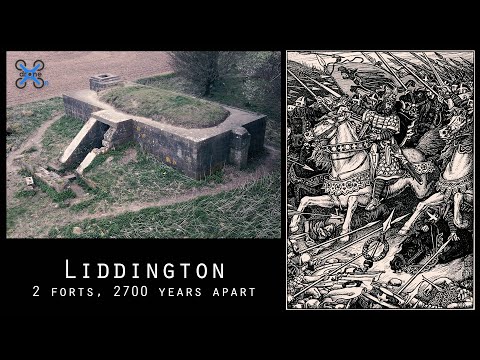 Liddington Clump and Liddington Castle is located on the Ridgeway near Swindon.

The Ridgeway in England stretches 85 miles (137km) from Overton Hill near Avebury, Wiltshire, to Ivinghoe Beacon near Tring, Buckinghamshire. It has been used for 5000 years by many different groups of people; travellers, farmers, and armies. During Saxon and Viking times, the Ridgeway was useful to provide a track along which to move soldiers into Wessex. In the medieval period, the route would have been utilised by drovers, moving animals to market.

Liddington Clump is the location of a 'Starfish' Decoy Control Bunker. This is the control bunker for a WWII 'Starfish' bombing decoy site. 'SF' - standing for 'Special Fire'. This would have been used to control fires which would have acted as a decoy to enemy planes targeting the town of Swindon to the north. The bunker consisted of two rooms off a central passage. That on the right housed generators. The control room was on the left, with a hatch in the concrete roof.

Liddington Castle is a late Bronze Age and early Iron Age hill fort in the English county of Wiltshire. At 277 metres (909 ft), it is the highest point in the Borough of Swindon and covers an area of 3 ha. Liddington Castle was one of the earliest hill forts in Britain, with first occupation dating to the 7th century BC. It is suggested as a possible site of Mount Badon and the location of the late 5th century Battle of Mount Badon. An historic battle where the Celtic Britons, led by King Arthur, defeated the Anglo-Saxons.

The originator declared that this location was not inside a Flight Restriction Zone at the time of being flown on 28/03/2021. It remains the responsibility of any pilot to check for any changes before flying at the same location.