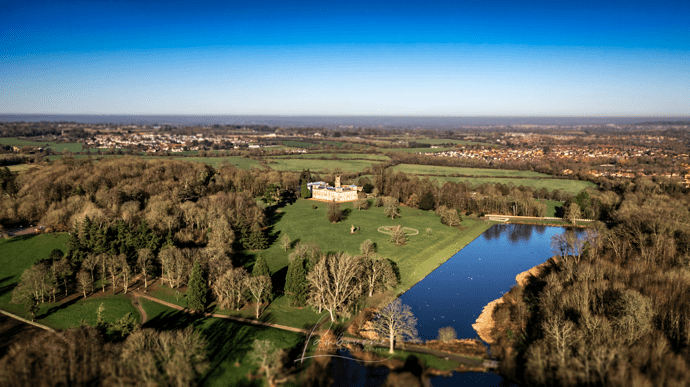 This location has been recommended to fly your drone in the Parks and Recreation category in the South West region.

TOAL was from a carpark outside the park.

Lydiard Park is the ancestral home of the Viscounts Bolingbroke. The Palladian house, beautiful church, walled garden and formal parkland are the striking remains of a great country estate. Wander through the elegant state rooms of Lydiard House, containing original family furnishings, portraits and ornate plasterwork and see how the ornamental 18th century walled garden has been restored to its former glory. Enjoy the natural beauty of the tranquil lake, rolling lawns and woodlands before heading for some fun in the playground, next to the cafe. 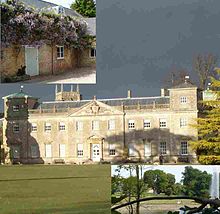 Lydiard Park is a 260-acre (110-hectare) country park at Lydiard Tregoze, which was its formal name, about 3 miles (5 km) west of central Swindon, Wiltshire, England, near Junction 16 of the M4 motorway. A settlement at Lediar, with woodland, is mentioned in the Domesday Book and was owned by the Tregoze family from about 1198. In 1259, Henry III gave Robert Tregoze a royal licence to create a deer park in nearby woodland. In 1420 the estate came by marriage to the St John family (whose seat w...

The originator declared that this location was not inside a Flight Restriction Zone at the time of being flown on 13/01/2022. It remains the responsibility of any pilot to check for any changes before flying at the same location.