Yet another picture I can’t use for the comp but this ‘castle’ has a moat and a drawbridge!

I say castle, perhaps the Spanish word for them also includes fortified towers as this is what this is in reality. This is: Castell de la Punta de n’Amer and has been there since the late 1600’s. Still looks in good nick too and I did a 360 of the inside which looks cool. 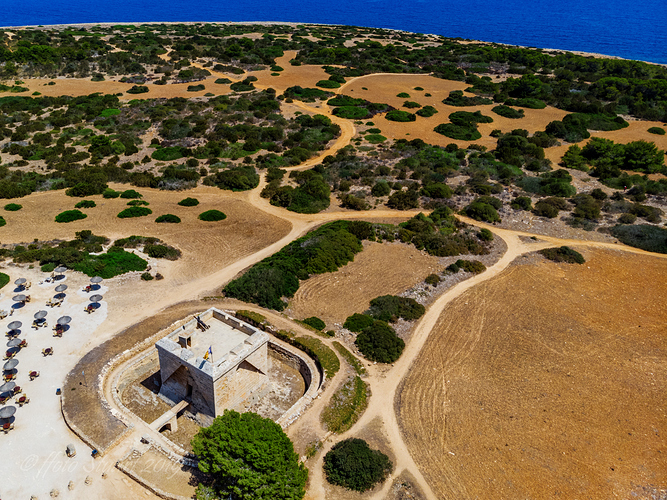