Does anyone have any experience of flying here? I am getting mixed messages from the web. I want to go for a few hours on the weekend to fly my Mini 2 but not sure if I will get in trouble with the Malvern Hills Trust.

Any advice or anecdotes will be appreciated.

Any advice or anecdotes will be appreciated.

From the horses mouth (as it were)

They can say what they like, it is on my list to fly. I very nearly flew from there 3 weeks ago, but settled on Bredon Hill to the west.

… does the opposite of deterring me.

Already read what the horse had to say, but wanted to know from experienced people how much of the land there they own because in their literature they sound like they own the heaven and earth in that area.

Thanks. That’s what I am trying to ascertain because many bodies like that try to claim the earth and air as their property. Will check Bredon Hill. I am just looking for a nice place to practice and may be get some good shots. Not married to Malvern Hill idea but it’s 2 hours drive from me which is acceptable.
Yeah, everybody tries to use data protection as the Bogeyman these days.

Like all these places, if you avoid the car parks the chances of being approached are slim.

Would it stop me, no.

That’s good advice. Will keep that in mind.
I live in Oxford, don’t have too many great places nearby without driving to the coast.

Open to suggestions if anybody knows a good subject area.

I live not far away - in Swindon. Plenty of places near me, indicated by the blue pins where I’ve flown. 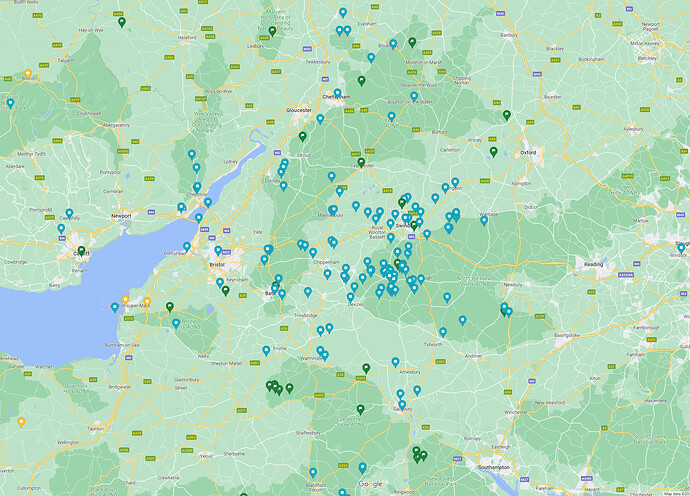 DroneScene is your friend here. There are loads of places to fly in and around Oxford.

… does the opposite of deterring me.

Always wonder what these people think of the camera on smartphones…

All these trusts, institutions, companies, etc seem to do … is copy and paste someone else’s policy. Instead of fairly and constructively assessing the risk and mitigating if/where needed. These ‘policies’ are just lazy, text book, blanket statements - that are far from portionate to the perceived issue.

I live not far away - in Swindon. Plenty of places near me, indicated by the blue pins where I’ve flown.

My brother lives in Cricklade and visiting in Jul so will certainly revisit your blue pins while I’m down there!

I used to live in Malvern, had a few ‘run ins’ with the Trust when I were younger. Not drinking, or lighting fires, or being a ‘yob’. No, filming a drama on our camcorders, five of 18 year olds, a DV camera and they tell us no filming is allowed! They do take their job very seriously, google ‘cable car’ and ‘malvern’… lol.

Will be in the area later in August, planned to do some filming there, probably still will if it’s quiet.

Wow, that’s a lot of pins. I am going to check them out on google maps to see which ones could be of interest to me. Thanks for sharing that.

Didn’t notice that I could do that. Thanks a lot.

It is nothing at all to do with protecting their staff. It is 100% to do with them wanting to make money off of your efforts.
That is why they want you to apply to fly it’s because then they can levy a charge to do so. The reality is the same as National Trust or Heritage in that if you do not TOAL from their land they can do nothing about it.

Tons of people have flown from there if you search the location and notable points on Instagram. It’s a use your common sense approach. If asked to leave plead forgiveness and just leave. I doubt anyone will bat an eyelid.