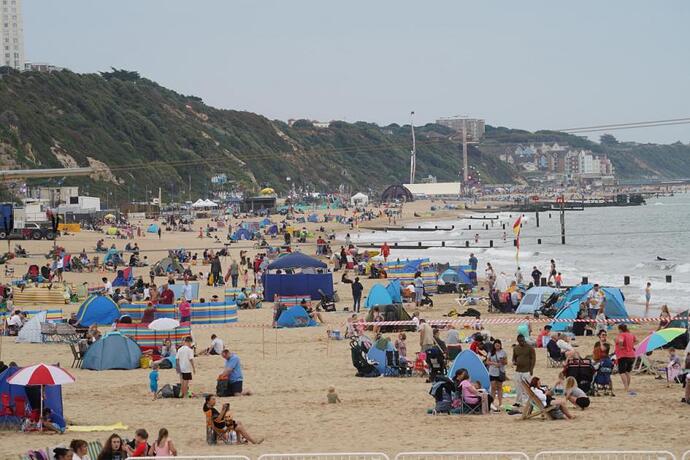 A MAN has been fined by the courts for flying a drone at the beach in restricted airspace during the Bournemouth Air Festival.

There was a NOTAM covering a much wider area than Bournemouth airport over the air festival weekend. It’s unclear if the pilot was flying

Either way, check for NOTAMs!

And he’s been deprived of his Mini 3.

Wonder if they found the other pilots who also had their drones taken by the price?

It would be educational to see the flight details of all four drones seeng as how the police used “Sophisticated Tracking Equipment” to locate the pilots. Did they actually present an immediate threat with potentially fatal consequences that justified prosecution? Or were they naively flying at low altitude and close in where a staunchly worded caution would have sufficed?

Ignorance of the law is no defence but education is a more effective and cheaper approach.

The article in the ever reliable local rag says he was flying at the ‘seafront’.

That could be anywhere along the 7 mile stretch of beach from Sandbanks to Southbourne, which I would suggest would all have been covered by the NOTAM.

Planes displaying enter and exit the area roughly centered on B’m’th East Cliff from West or East, mostly over the sea and avoiding overflying the town centre.

This means anywhere along the seafront would have been restricted and unsafe to fly.

Furthermore a lot of the seafront would have been heavily populated by visitors both on the beach and the promenade, so overflying crowds would be a no no even sub 250g

From the video I saw the blokes drone didn’t look like it had an Operator ID affixed to it.

Makes you think if he was registered at all?

(as an aside) --I saw on Flight |Radar 24 a drone with a German drone reg today flying over waste ground south of Hamburg. @ 125m Transponders? wonder if they will come up with this one eventually for all drones?

these sort of incidences, unfortunately highlight the need for better education with regards to what is required ,to fly a drone safely and responsibly not only here in the UK but world wide
these events always have a negative affect, on how the general public perceive drone flyers

To do with this I assume? 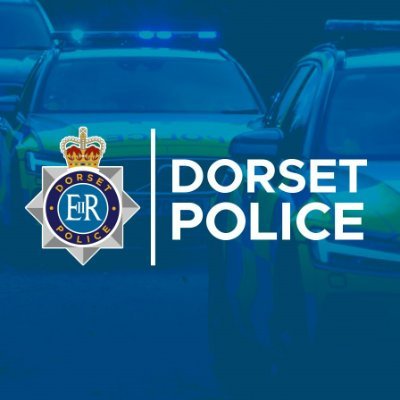 @dorsetpolice
#WATCH – Here is the moment we found a pilot illegally flying a drone at @BmthAirFest Yesterday officers dealt with 3 drones in the restricted airspace - these were seized and the pilots face possible prosecution - please don’t risk it and put display pilots in danger. https://t.co/tCM4w1mnzE
2 Likes
Doodler 16 January 2023 17:02 10

Sophisticated Tracking = PC Plod. Not hard when he’s sat on the beach controller in hand. Should have bought a sand coloured skin.

Guy deserved to be arrested for landing on the sand instead of hand-catching!

So, it was on the beach West of B’m’th pier.
Not quite in the main display area, but a couple of hundred metres in the Poole direction and definitely not a place to fly.

Amazing aint it…when you want a cop none around for a burglary .but they seem turn up in three or fours when you really dont want them🤣

I go the Bournemouth Airshow every year and usually sit about 100 yards to the west of the pier at a good spot by the RNLI lookout point. From here towards Sandbanks along the promenade and the various chines is always busy with people walking to Bournemouth for the centre of the show .
Although tempting I wouldn’t dream of putting up my DJI Mini 3 anywhere between Hengisbury and Sandbanks for fear of being caught but also aware that there are always other services using the whole length of the beach such as Air Ambulance , Coastguard Helicopters etc going along the coastline throughout the air show .

Others may remember we had a “lively” discussion on here during the last airshow, someone (can’t remember his name, but he eventually got banned from the site until December, I guess cos he was flouting GADC guidelines) his stance seemed to be just because he could fly close to a notam etc then he would regardless of any possible dangers it may have caused, I think the vast majority of comments to him were that he was rather misguided in his approach and maybe if he had had his drone seized he would be if a slightly different opinion. As it was, the guy fined just appeared to be a complete dick and got precisely what he deserved. Keep an eye out for the drone on Dorset police property auctions!

After watching the video it’s my opinion that prosecution and forfeiture was an over the top response. A simple on the spot caution would have more than sufficed as it was obvious that the guy flying the drone was not intent on causing a disruption.

The majority of us on this forum are enthusiasts and well versed in the current regulations and wouldn’t flout them, whether we agree with them or not. These days not everyone who buys a drone does so with the intent of entering a new hobby, but rather as something they think might be fun to use once in a while, and the notion that their recently purchased 249g toy is governed in the same way as a full scale aircraft is not immediately perceptible. I think it’s ridiculous and I’ve been flying these things for 15yrs or so. I wonder if he’d have been dealt with in the same way if he’d have been flying a kite in the same spot?

These days it appears that anything capable of sustaining flight from a few feet off the ground is malevolent dark magic to the authorities, and should be denounced at all levels, and those practising should be indiscriminately persecuted, just like science and the Catholic Church.

I’ve only seen the short clip as the police approached. Think of the time it took them to find him after spotting the drone. We’ve no idea how close he came to aircraft, could have been far worse than seen in the video.

Think of the time it took them to find him after spotting the drone.

According to the news report, and the Superintendent, he was located with the use of “ the latest technology to detect, track and identify” drones.

We’ve no idea how close he came to aircraft, could have been far worse than seen in the video.

I would imagine if any aircraft was close to being in imminent danger it would have been more news worthy than a few paragraphs in the Bournemouth Daily Echo, online edition. I’d cite the recent Hurricane reports as an example. Even motoring convictions have more detail, such as where the offence took place, the speed recorded versus the actual speed limit for that particular stretch of road, etc.

All we know is that there was a temporary NOTAM in place, and possibly the user was ignorant to this. I would imagine there are countless casual drone users whom have never heard of the term, NOTAM. I would say everyone on this forum understands what a NOTAM is, and if they didn’t before joining they do now. But not every drone user belongs to a forum.

He was flying what appeared to be a Mini3. Currently for drones under 250g with a camera you only need an Operator ID which is issued without passing the online test where NOTAM’s and other such things are discussed.

PLEASE NOTE: I’m only playing the Devils Advocate here and highlighting the flaws and pompousity of the current system and in no way would condone such activity. The regulations we currently have do not enforce safety and security. And when an offence is brought to court the prosecution are I’ll prepared to judge the case. I still maintain that in this instance a stern warning would have been just as effective, and he wouldn’t have had his drone seized. Again would he have received the same judgement if he’d have been stood at the waters edge flying a kite, another popular beach activity?

I was at the Swansea seafront airshow a few years ago (NOTAM and hundreds of “no drone” signs) where police confiscated several drones from people at the viewing areas and parks in the display centre.

So these people had come to watch the airshow, not checked NOTAMs and ignored the literally 100s of no drone signs and PA announcements.
You can fix stupid.

I’ve not got a problem with them throwing the book at people doing this and making a very public example of them in the name of education.

Common sense alone should dictate not to fly at an airshow without checking NOTAMs or needing signs.

You know where I think this guy has gone wrong and, perhaps, talked himself in to a court appearance… he’s argued back.

Not saying there’s anything wrong with disagreeing with the police. If they’ve overstepped and/or are in the wrong then of course you should (politely) disagree. But you’d better be sure of your facts because if you argue back and you’re wrong you’re probably just digging a hole.

This guy has confidently understood those parts of the legislation which make it okay for him to chuck his Mini 3 up wherever he pleases, but (whether consciously or not) completely ignored all of the bits of legislation that add the restrictions on top of that. He’s acknowledge he knows there’s a no-fly zone in place. He’s said he’s seen the signs saying he shouldn’t fly his drone. Then he starts (wrongly) explaining why none of that applies to him.

Also, perhaps sitting on his arse throughout (apart from when he stood up to collect the drone from the sand and promptly sat back down) wasn’t the best way to convey his respect for the police officers and the discussion they were trying to have with him.