I want to ask this here cos I’m expecting unbiased advice from you lot (unlike the marketing blurb from DJI).

I haven’t flown for a year or two cos of illness, and currently have a Mavic Pro 1. Can anyone say if it’s worth jumping to a Mavic Pro 2? And what are the main selling points over Mavic Pro 1?
With my luck I’ll buy a 2 then DJI will bring out a 3!

Thanks in advance,
Dave

Here’s one of Heliguy’s really useful comparison guides that they do from time to time: 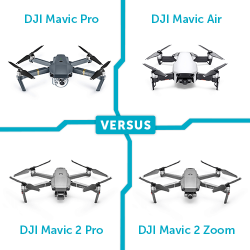 The Mavic 2 Pro, Mavic 2 Zoom, Mavic Pro and Mavic Air go head to head in this Mavic comparison post. Choose the perfect Mavic for your requirements.

The Hasselblad camera on the M2P is quite stunning

The Mavic Air 2 was launched the other day, here’s a similar comparison guide: 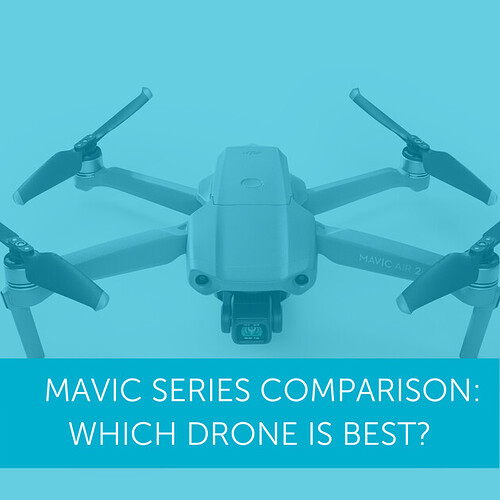 Cheers for that speedy reply, mate.
Looks like I’m going to be flexing the old credit cards - the Hasselblad lens is a must!

Stick with the 1 until the end of the summer ;o)

Hasselblad lens is a must!

I’ll second that with aplomb.

Could always look at the Autel Evo 2 Pro, it’s release is imminent?.

Personally, in answer to your question, I would wait until later in the year for the probable release of the Mavic 3 Pro (or whatever it might be named). If you can’t wait until then the Mavic 2 Pro is STILL the one to get, no matter all the hype of the Air 2.

I would suggest that you hang on to your Pro for the time being. You are familiar with it and presumably any wee bugs have been discovered and ironed out. Like most others I am always tempted by the latest shiny but my enthusiasm is tempered by my meagre income.

The Pro delivers excellent photo and video and has a decent feature set. Unless a newer model of UAV has a feature that is an absolute necessity rather than something you might possibly use then save your money. Stick it in a jar against the day when the Pro dies. Then you can buy the latest Pro whether it is 3, 4 or 5 at that point.

Bearing in mind that most of our output seems to end up on YouTube or similar and is viewed on a PC, tablet or phone is the difference in camera quality between various drone models that noticeable?

I have a mavic pro at the moment. Is there that much difference in the picture quality to justify “upgrading” to a Mavic 2?
Be interested in people’s views that have done the jump.

Did you have a MP Alex ?

No I didn’t but I did have a Phantom 4

I have an MP and I’d say yes. The quality I’ve seen in the videos captured by an MP2 are much much better.

I only fly recreationally so I don’t really need the extra quality.

I have a mavic pro at the moment. Is there that much difference in the picture quality to justify “upgrading” to a Mavic 2?

@Rafter have moved your post over to a thread from last week on the same subject.

Moved your post to this thread that has some info on the difference between the two.