Interesting debate concerning the inclusion or not of ‘waypoints’ in the imminent support for the MA2. Interesting for me as the MA2 is my first DJI and disappointing if flight planning will not be possible, I made a bold assumption. Anyway there it is, please make your own conclusions, though all I guess is still speculation.

That’s a very old thread (April) and over a hundred posts long - what does it say in summary?

The next SDK release shows Mavic Air 2 support is coming: 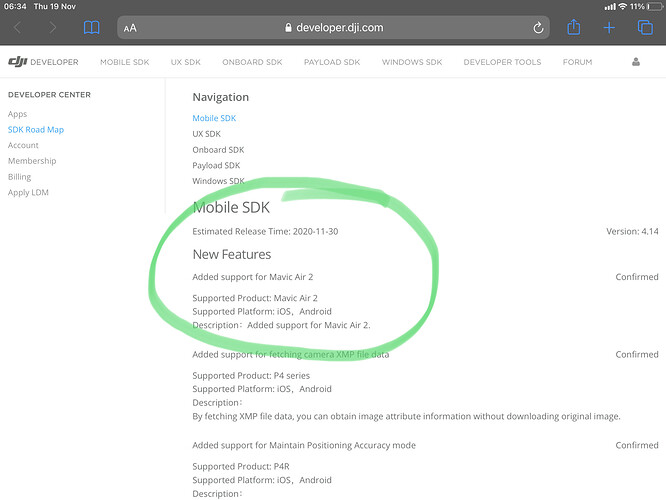 Is your suspicion that the Air 2 won’t be powerful enough to support missions, in the same way the Mini 1 isn’t?

Aye, it’s a long thread, the last post was four days ago in the form of a question to an administrator concerning the included feature set of the MA2 SDK support, (my understanding) speculating on whether waypoints 2.0 will be exposed for use. Some contributors say it isn’t supported in either firmware or hardware and others suggest that it is possible but perhaps DJI don’t want to implement it on this platform. I’m reluctant to speculate because it’s possible that it might happen anyway at some time in the future. I simply find myself one of the recent purchasers who expected flight planning implementation at some time. DJI admin say it isn’t possible, I’m hoping it might at least support ‘virtual sticks’, but the performance of which I have no experience with. Also, I was looking at a Mini 2 for some situations and I would like flight planning on that platform, but I’m probably going to wait to see how the feature set evolves. Perhaps it would be simpler if this becomes a dividing issue between the pro market and everything else, to make flight planning a paid addition if the platform will support it.

Mavic Air 2 owners will be please to know that a beta SDK was released the other day which does now include support for the Air 2.

Probably only be another month or so before the full release, then another couple of weeks for Litchi to work their magic and you’re good to go 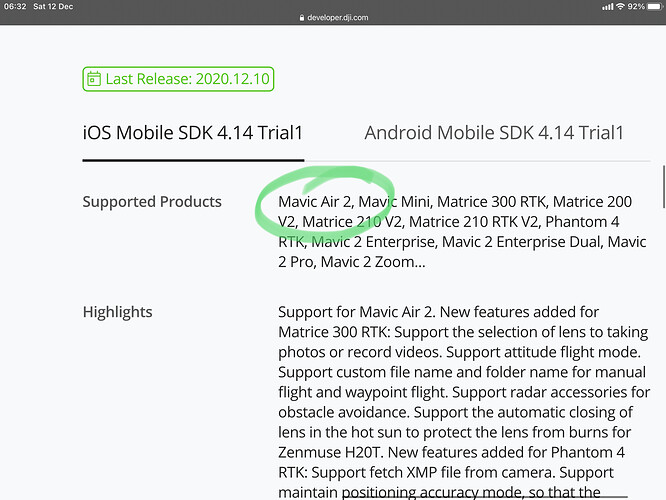 Thanks for the update Rich

not long now for Litchi support on the MA2

not long now for Litchi support on the MA2

I think I read that this is not enough for Litchi and that they can’t work with this.

Support for Waypoints is out there. 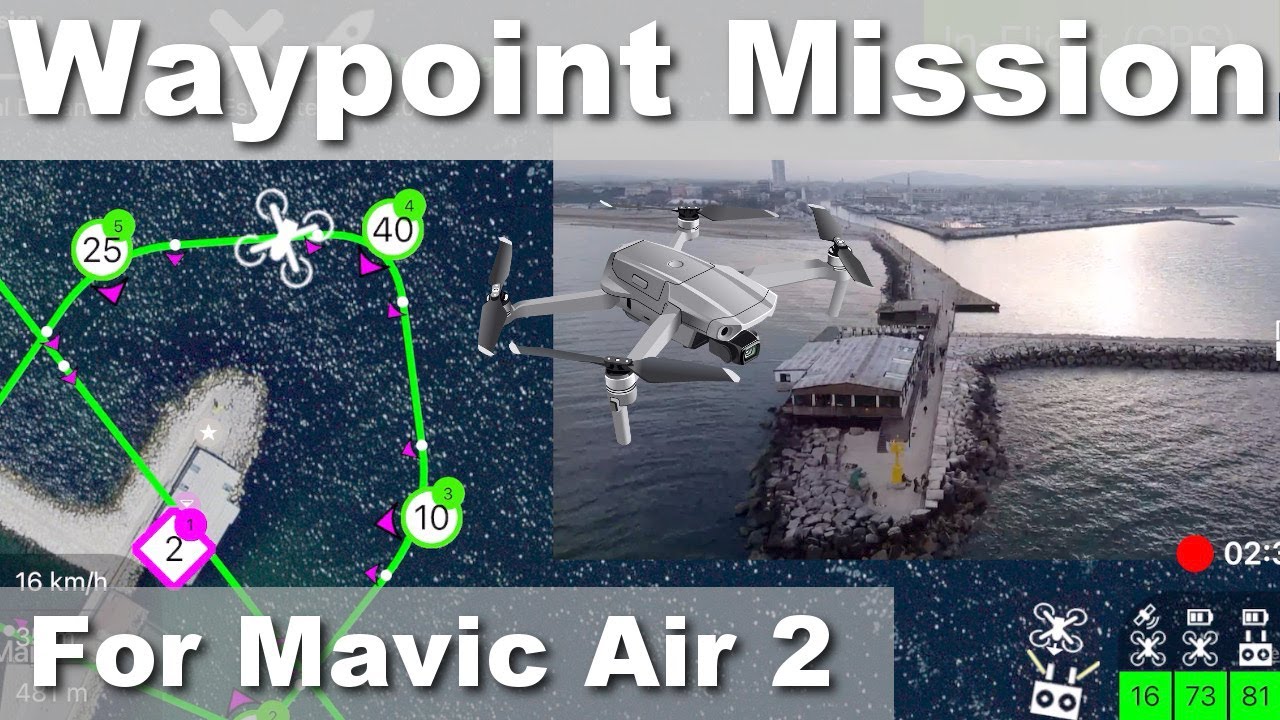 I like Michele’s no nonsense approach. As I’ve previously mentioned I use his SparkPro iOS APP and the Tello APP’s (TelloFPV and TelloMe) he’s authored, the latter should be essential downloads for those flying Tello’s.

It does look great and I would definitely give it a go if I was on its. Do you happen to know if he is likely to release this for Android?

Also keen to see this come to android! Hats off to the developer. Looks very promising

Mavic Air 2 owners will be please to know that a beta SDK was released the other day which does now include support for the Air 2.

Probably only be another month or so before the full release 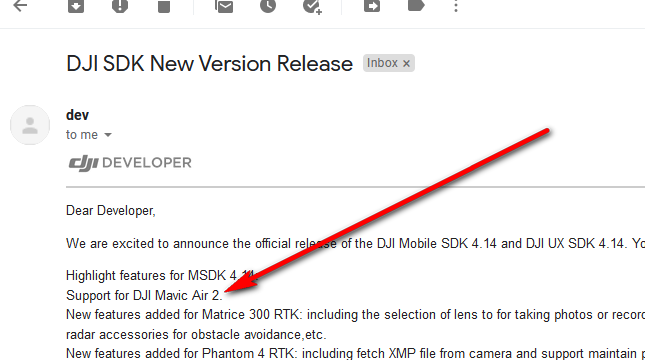 It probably won’t take Litchi long to be on the case as the beta has been available for a few months now so they’ve probably done most of the work already.

So, in that case, that new product release in few days is probably the MA3.