So the beta for the Mini has landed and I’m stuck on day shifts ;o(

Thought I’d catch up on some YouTube before I get to have a proper play tomorrow, translate on the captions can be quite amusing. 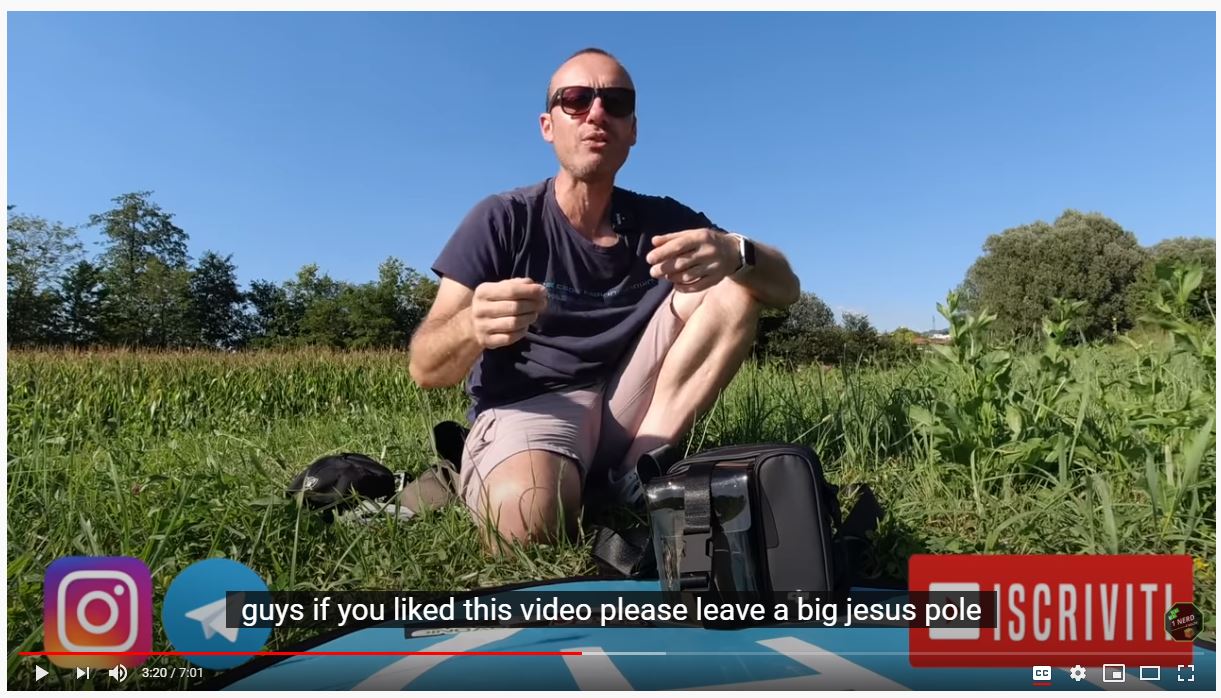 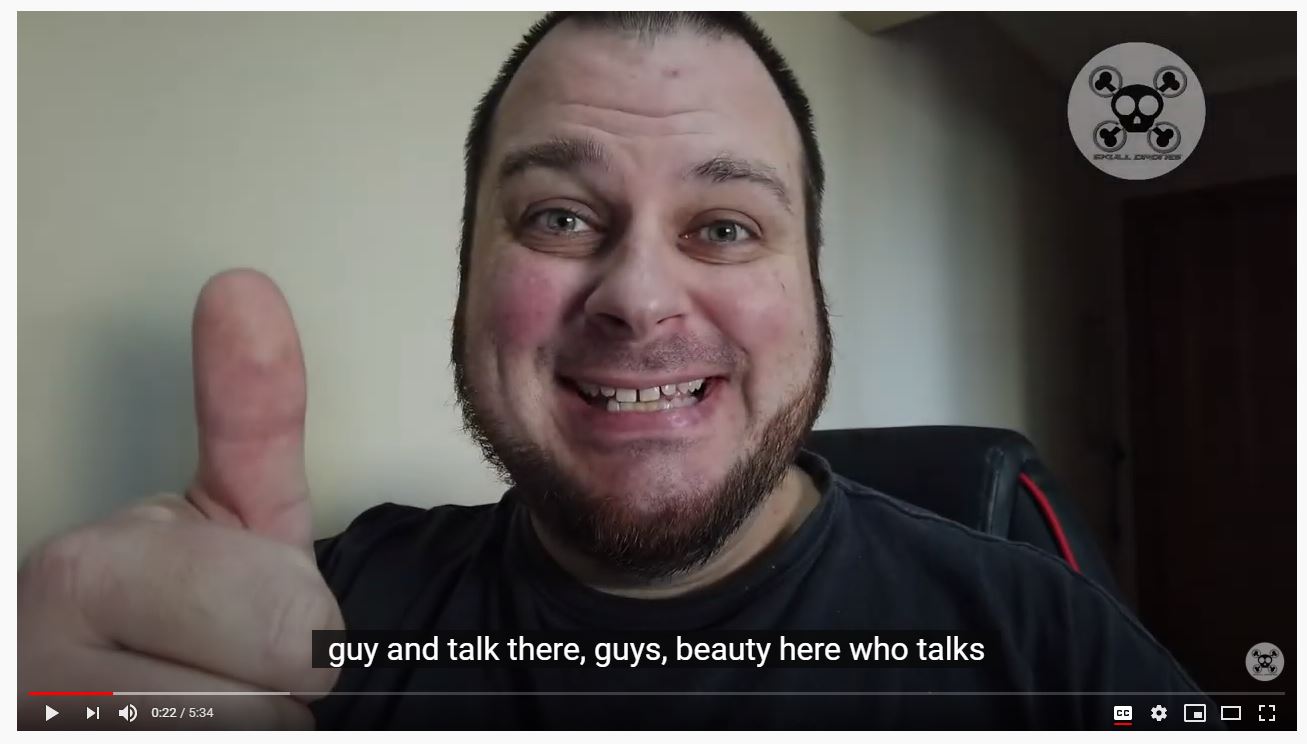 Ooh let us know how the Beta goes

If I’m honest, I’ve had a play today and I’m not as impressed as I thought I would be

So I’ve had a few days to have a play, not much, but I think enough to pen a few words.

The interface on the Mini is exactly the same as you get on other drones running the app, everything is accessible and easy to get at (except the EV compensation, where you need to go into the camera settings and adjust in in there, no big shakes but its extra steps on what you do in DJFLY, but its better than DroneLink that missed it off altogether). One other thing the battery indicator is how it should be, a linear line showing home, you, the drone and all the important bits in between.

Waypoints - NOT SUPPORTED, and according to Litchi probably never will be. DroneLink get round this by sending joystick commands to the Mini whilst its flying, as previously on my DL musings, lose the connection to the Mini from the RC and home it comes (or stops, depending on your settings, *RTH best).

Panorama - Does what it says on the tin, lots of settings, worked really well on full auto for me, iOS even has the pano gallery that will stitch and enable you to view them within the app, not sure this up and running yet on the Android version.

Below is the obligatory Drax pano shot from my usual testing field, 23 images full auto, stitched on AGP on OSX and levels played with in PS and Luminar 4.

Track - The bit everyone has been asking about, to be honest I’m not impressed, being used to it on the MP which is excellent, and having played with it on friends M2P’s I was maybe expecting too much on the Mini. It really’s very much on your device, iPhone XS for me, so no slouch. You draw the usual box around the object and it should track, allowing orbits etc. It just didn’t want to lock on to anything except the largest of objects moving slowly. I tried me walking, me on the scooter, me on a beach, kids swimming in the sea, kids kayaking, kids cycling, farmer ploughing in a tractor, all mixed results nothing worth posting yet so thats a work in progress for me.

Focus & Orbit - Again very easy to access, and set up, mixed results, perhaps again I am expecting too much ;o(

FPV Flying - Using the app just to fly, yeah its ok, my biggest issue with Litchi (and I’ve been using it the best part of 5 years) is not being able to flick to media view and see what you have shot so far, this still hasn’t been resolved. Apart from that everything is where you would expect it and if you’ve used Litchi before its all very familiar, to also add AirData uploads are automatic in both apps, although there is a bug with DL at the moment.

My quick verdict. Panoramas in both Litchi and DL will save me time and the results have been excellent.

Tracking, still very much on the fence about this, if its for following kids etc I can do a better job manually flying, as for fast moving objects the jury is still out.

Waypoints (DL) I probably wont use on the Mini , but will on my MP same for Litchi.

I’ll keep both apps on my phone, but at the moment, and it pains me to say it DJIFlY will probably get the most use (on the Mini anyway)

Even with my MP I have found Litchi Leash far more practical/reliable/predictable/flexible than just using Litchi.
It uses the GPS positional data coming from the device running Leash compared to the GPS data from the drone to do its thing.
Admittedly I’ve never tried to see if both can be running on the same device

, but it’s been great for tracking a friend in his car, with minor override input from me standing somewhere nearby.

Might be interesting to see if Leash also works OK with the Mini. 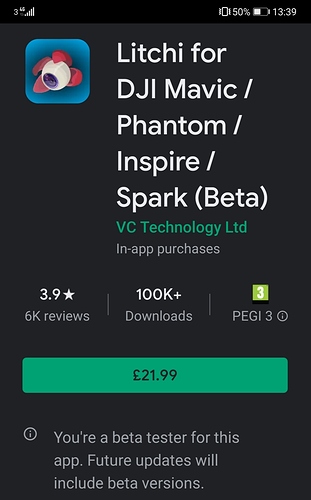 You’re paying for the full version it just so happens that the Mini is in Beta.

You’re paying for the full version it just so happens that the Mini is in Beta.

It’s really good on the Mavic Pro series, jury is still out on the Mini. 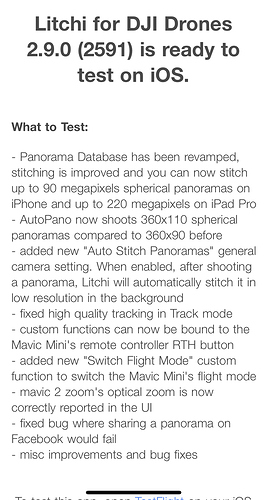 @milkmanchris is the entire Mavic Mini part of Litchi still in beta?

Looking at the current production app, there’s no mention of the Mavic Mini: 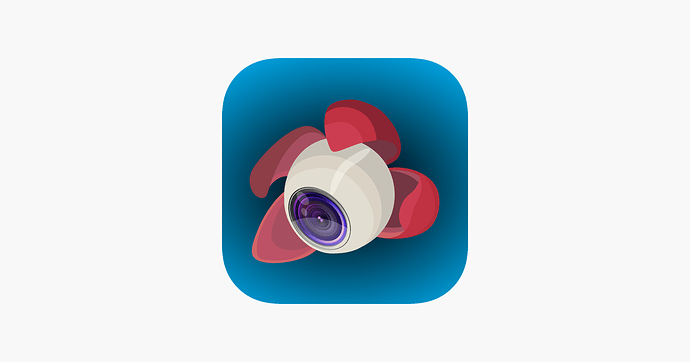 Yes you’ll need to be on the beta programme.

I’ll wait for the stable version