Following the loss in flight of my Anafi a few weeks ago whilst on holiday, (taking most of my waterfall pictures with it) I was luckily insured and can now buy a replacement - all be it second hand.

So, I really liked the Anafi - but I’m stuck with getting another one or a Mavic pro ( original ). There’s no way I can afford a new one or a Mavic 2 Zoom, which I would love. The zoom on the Anafi was great.

Who’s had both? - what did you think? - Mavic or Anafi?
I saw a Mavic in action last night and it was rock solid steady, and the Anafi did tend to wander a little bit.

Hey,
If you’re looking to compare between the Mavic Pro and the Anafi, I’d suggest you go for the Anafi once again, had it been the Mavic Pro 2 in comparison, I’d have advised otherwise but the Mavic 1 is perhaps the most outdated of the lot of the drones available today and the nitrate for 4k video at 60mbos is quite low. Anafi does a little better at 100mbps and the overall image quality is better than the Mavic 1. You may find some other advantages such as obstacle avoidance present to an extent in the original Mavic but I don’t believe those are deal breakers really and the Anafi really seems a more sensible decision here. I personally shoot for broadcast and have used the Anafi on multiple occasions without a problem although the main workhorse now is a Mavic 2 Pro and the Inspire 2.

Thanks for the comment.
I had the Anafi for 10 months or so and can confidently say the photo’s weren’t as good straight off the drone as my mates Mavic pro, or even my Phantom 3 pro.
The video was nice, but the pics I think let it down a bit, the colour saturation was just a bit wrong - maybe it was my Anafi - I don’t know.
I’d love the Mavic 2 Zoom, but as no relatives have popped their cloggs yet and left me a few quid I’m just going to have to wait for one of those.

I can understand your point, for photography I believe it’d be two things that are an issue. The Anafi has a 20 mp sensor on a very small format which is great for assisting the video stabilisation but not too great when it comes to capturing light. Secondly for me all my work has to be shot in Log so I have always had better control of colours despite the nuances of the accentuated greens in the Anafi, I’d nevertheless advise you to grab a M2P if you’re going to wait in for the cash anyways

I would totally disagree with this . The Mavic Pro 1 is a far better drone than the Anafi . In many ways . Range for one issue . Its will beat the Anafi hands down for range stability . Build quality on the Mavic is far better . The only thing thing that is better than the Mavic is the upwards facing camera …

@shane - glad to know you like the Mavic 1, me tending to the Anafi is just from owning both the drones now. I’ve also been using the Mavic 1 coupled with a Sony RXO now. So as long as I don’t have to use the M1P camera it’s still a great drone.

I would totally disagree with this . The Mavic Pro 1 is a far better drone than the Anafi . In many ways . Range for one issue . Its will beat the Anafi hands down for range stability . Build quality on the Mavic is far better . The only thing thing that is better than the Mavic is the upwards facing camera … The mavic has a 3 axis gimbal the Anafi has a 2 axis gimbal . The Anafi has an over saturated camera result . SD card hard to get out Runs on wifi as opposed to ocusync … No obstical avoidance on the Anafi . The dji software is better on the Mavic . The Mavic pro has a far better hover stability than the Anafi due to downward sensors . …

I would go for the Pro . Far better drone in many ways and you can pick one up at a bargain if you shop around . No disrespect to the Anafi if you want an upwards facing camera .

Good on you mate . Your choice at the end of the day .

Thanks folks.
The main thing currently not discussed is the Anafi is so quiet. You can literally fly it in a cemetery and receive no harsh looks or complaints, I have done just that in fact.
My P3pro is horrendously loud, I’m going to sell that setup as well to help fund a better purchase.

Shame prices have plumetted since the registration scheme started, and eBay is awash with them for silly low money.

The upwards camera is great, a new field of view but honestly not often used by me.
It’s quiet, very light, extremely portable even with extra batteries - an excellent holiday drone and I’m not bothered it has no collision sensors or doesn’t fly for miles, I actually keep it in view to photograph stuff anyway, but would I buy another?
Maybe a Mavic platinum - the same price new as a Mavic air now.

Mavic Platinum and Mavic pro are the same drone apart from the colour .

What are the main differences between the Mavic Pro Platinum and Mavic Pro?

They’re negligible in the real world though 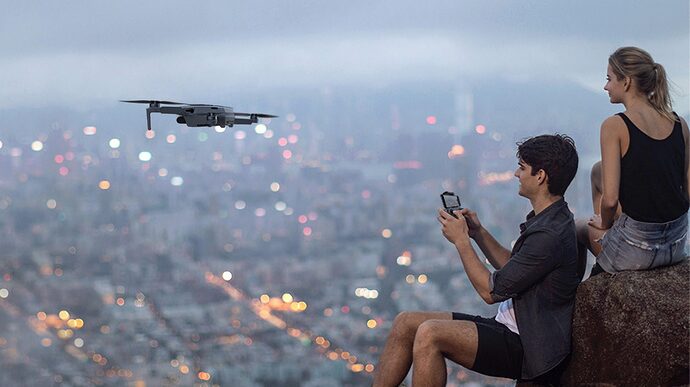