Hiya
Has anyone else had the below message appear on their RC Controller following one of the many recent firmware updates?

The SD card is a new SandDisk Extreme Pro U3 V30 128GB and was working fine up until last week.

Does anyone have any suggestions or do I just have a dud card?
Thanks
Dave

Have you tried another card?

Is it possible you have a fake card? 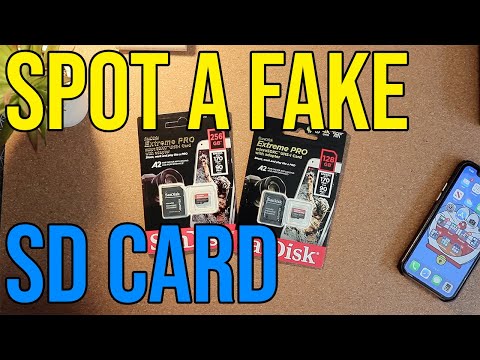 Format it in the control and try again ?

There’s no option to format the card in the controller as it is not recognising it at all. I’ll try to format on PC and see if that works. Thanks.

I have ditched the packaging so not really able to tell whether it’s fake or not. It was working fine until last week.

Cancel that! The DJI Specs page gives the following as Recommended microSD Cards for the DJI - RC

Thanks, I bought based on this list from Amazon. I’ll have a play later at formatting and see how I get on.

My understanding is that this message was after one of the RC upgrades which I believe is to help stop the RC freezing issue. You now need a fast enough card. That Sandisk card meets the spec fine. It is possible, as has been suggested, that card could be fake as they are often counterfeited due to having a well known name. I have never had an issue with cards from Amazon direct. I would be more wary about unknown 3rd party vendors in the marketplace

actually there is a way to format it in the controller

Thanks for the suggestion. I tried this, but because the card is not recognised it is not shown in the menu.

Thanks for this. I have the new RC Controller, but I tried it anyway in case there was some kind of auto-format when a PC-formatted SD card is put into the drone. Alas, no luck. I assume I have picked up a fake on Amazon, or it is just a dud. I’ve never had any issue before, and to be fair, it writes ok via an adaptor on my PC, so not sure what’s going on here. Maybe it’s a fake that can’t achieve the stated write speeds needed by DJI but works ok for normal use. Then again, it worked ok in the controller with no error messages a few weeks back, which led me to think it might be a firmware issue that others might be experiencing. Weird.

Thanks, Pete, I think this may be the cause, and I’ve picked up a fake on Amazon.

Confirm , other cards i.e the drone one work ok in the controller ?

Thanks, Pete, I think this may be the cause, and I’ve picked up a fake on Amazon.

Send it back to Amazon if faulty.

You do not need the original packaging.