Anyone else here take their photography seriously enough to calibrate their monitors and use cystom profiles for printing?
I done a clean install of windoze lately and completely forgot to recalibrate my monitor. Only just getting round to doing it today. I usually run 3 or 4 sets to check they all come out the same, or at least within a small percentage of eachother. This of course doesn’t really matter if all you ever do is display your pics on the tinterweb. But if you print at home it can make a massive difference, especially so considering the price of good ink and papers. Most monitors are set really bright with very saturated colours, it looks good this way for films, tv etc. But pretty useless for decent editing.

A quick comparison for before and after 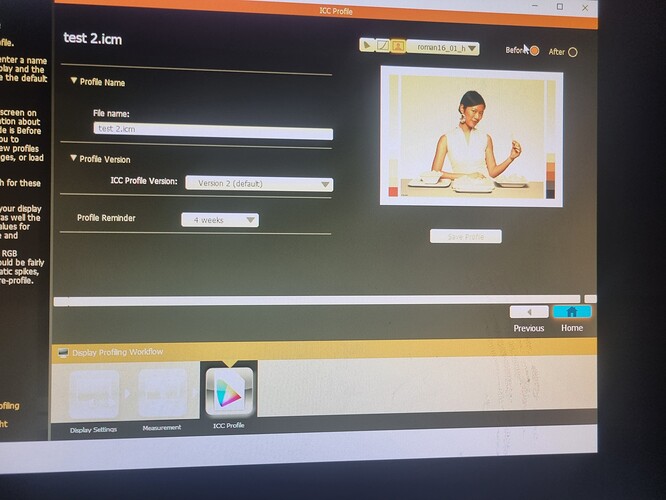 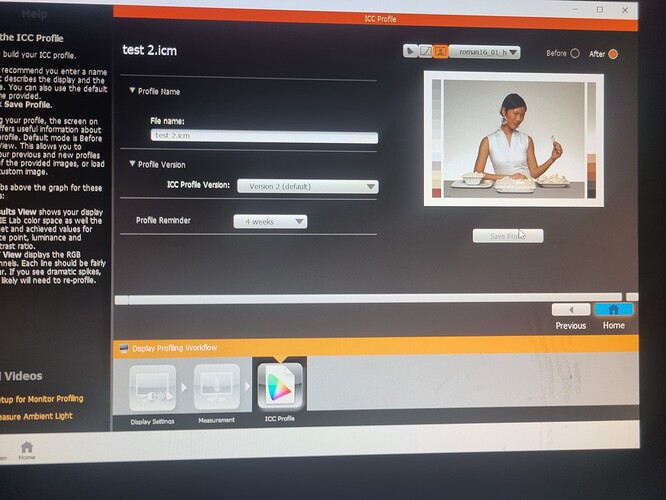 Still too bright for my liking though, so need to set it lower.

I used to use ICC profiles for the local (Fuji frontier) lab .

Its absolutely essential if you want to do anything commercially for images (or even get them printed elsewhere, web sites and so on).
Lots of monitors are pretty bad out of the box and almost all run them too bright.

If you use a high gamut monitor its even more important so your saturation isnt miles out.

I use a fully calibrated display setup on laptop and main screen but also made ICC profiles for the drones (and other cameras) using a colour checker passport.

I calibrate mine using an X-rite i1 - Display Pro.

Lots of monitors are pretty bad out of the box and almost all run them too bright.

Really? So - if I understand you correctly, you calibrate to how your printer prints, and let’s say your printer isn’t printing colours “correctly” (I know mine doesn’t), and you then use that setting for all your video grading - you are actually creating a YouTube vid with a strange colour cast for others to judge you by.

I calibrate mine using an X-rite i1 - Display Pro.

… to ensure what you create is colour correct. If a client says it looks crap - that’s their, and their display’s, problem - but at least you know you created something that’s universally colour correct.

Without pointing out examples (they are easy to spot), within the videos/photos posted on GADC there are so many examples of weird colour casts. These are almost certainly as a result of grading to look good on a screen that isn’t correct … either fundamentally, or from being matched to a flawed printer. Some really good vids that are ruined.

I know my screens (laptop, 2 x tv, 2 x phones) each display the same video quite differently - and then my (rarely used) printer totally different again.

Im using an X-rite i1 with DisplayCAL (although it would appear this is abandoned now in terms of development software).

Even for the web you want it - although you have no idea exactly what the other side will see, at least the image you’re display will be 100% correct for those that have calibrated.

… to ensure what you create is colour correct. If a client says it looks crap - that’s their, and their display’s, problem - but at least you know you created something that’s universally colour correct.

I’ve had clients in the past saying the colours of the photos on their usb were off (one bride even said her wedding dress was pink). When I asked what they were viewing them on, 99% of the time they said their TV’s

At least I know I’m giving them accurate colour, what they choose to view them on is up to them. I only get queries like this when they are viewing their images on the internet, usb’s etc. When they get their albums they are usually very impressed by the colours in the photos.

I have two icc settings. One for printing at home and one for publishing to web. The one for web doesn’t matter too much, imho, as not many people have calibrated screens to view on. So what I post will not be the way they see it. You can of course tweak your icc to match the majority of screens, too warm, too saturated, too bright. But I don’t sell stuff so I’m not too fussed. Pro photogs are a different matter of course.
When I need to print I have custom icc from the print/ink manufacturer I use. Fotospeed in my case. They send me a test print via email, I print it out and send it to them in the post. Then they email me a custom icc. I also use the xrite idisplay for calibration

One for printing at home and one for publishing to web

Yeah it’s easy and not too expensive to calibrate.

Some monitors come with reasonable factory calibration, like EIZO etc. Flanders Scientific will even load your personal displays colour matrix onto a probe. But still best to calibrate.

Also pay attention to your environment, avoiding light from hitting your screen, controlling the ambient lighting, bias lighting and a neutral background.