I’m slowly… no rush… putting together my next build (well one of them). I have plans for a 5" long range quad running iNav for cruising across countryside and with a GoPro Hero 7 I just obtained for high(ish) quality video.

The frame I have to use is a 2nd hand Armattan Badger.

As I said I’m slowly putting together what I want it to be and have yet to purchase stack, VTX and motors.

Stack is pretty easy really and any decent quality reasonably high amperage stack will do. I’m thinking this might be my first F7 one. So when I decide to purchase, which won’t be a few weeks I’ll look and see what I can get.

RX will be ELRS.

I’m particularly pleased with the way the prints are coming out so far. That back-end looks very promising… 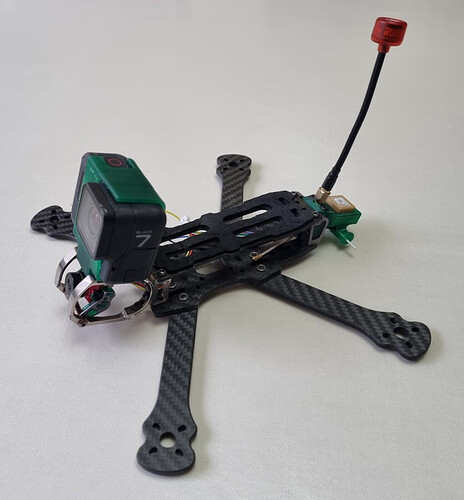 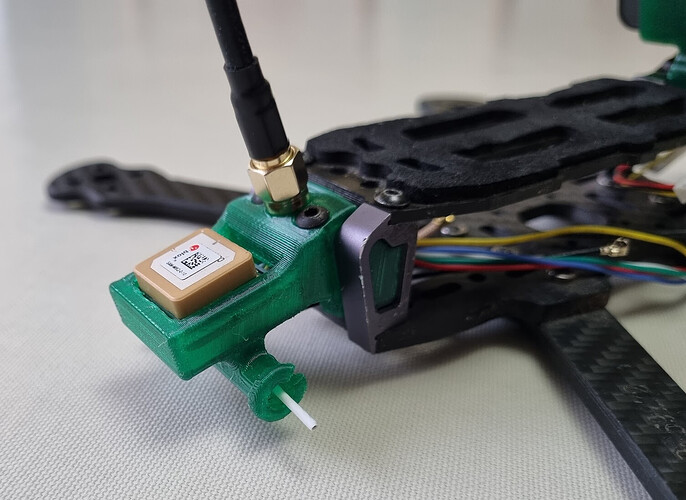 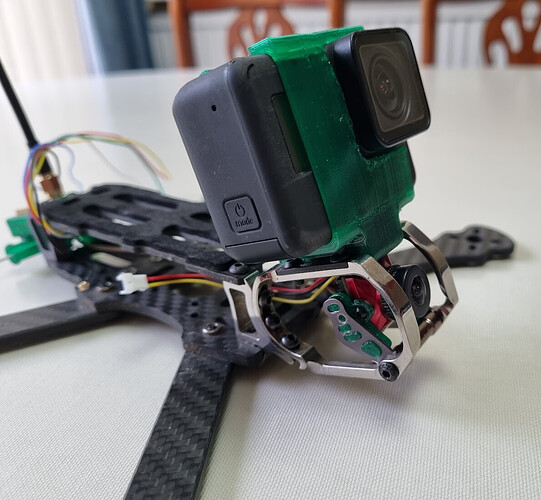 Out of interest other than UFL which is worse what other choice is there than MMCX? After Saturdays bashes was having a look around for a potential replacement/new build?

The TBS “SMA” VTX’s seem to be just ufl pre-glued on.

This is in my experience and “humble opinion”…

Basically I have several quads with ufl. When properly tied down they just work and work well.

I had one with mmcx. The VTX was very poor, which may have been because of the MMCX connector wobbling. When messing with it after removal I managed to totally destroy the connector on the antenna and get parts stuck inside the connector on the VTX taking about an hour of faffing to remove.

I won’t touch MMCX with a bargepole after that. And that quad now has a ufl VTX and is great… (Well once I’ve focused the ruddy camera… it’s the Gecko.)

Interesting… Those two crashes on Saturday I’d imagine ufl being ripped from the board. Replaced pigtail both times and the VTX fine. From previous research seemed only advantage of UFL is weight and I’m a while off taking weight over durability.

I had crashes on Saturday. All my quads had ufl. Nothing ripped off…

Sure, ufl without retention is weak… but that’s not how you’re supposed to use it.

yeah might have been my PETG, all redone in TPU. On the Cine8 that’s UFL and I lost the antenna on that and didn’t notice (though that’s poor checking of the quad). Also probably need to cable tie the pigtail to something.

Back on your topic, if you’re looking at F7 boards, I do like my diatone mamba stack, and believe Ben runs them too. I did see a 20x20 one too recently when looking at the “next project” (do we ever not have a next project". The smaller quads I’ve got are F4 (like yours I guess), and TBH they do they job OK, just the loop times on some at 4khz, instead of 8. They not cheap those stacks. Think mines 55 or 60A F722 APP stack with wifi (totally useless, never used), wouldn’t mind the UART it uses!

I’ve got two (three if you count the pre-built roma)… diatone stacks as well. They are a serious contender.

I’m looking at going 30x30 for reliability… and there’s room in the frame. 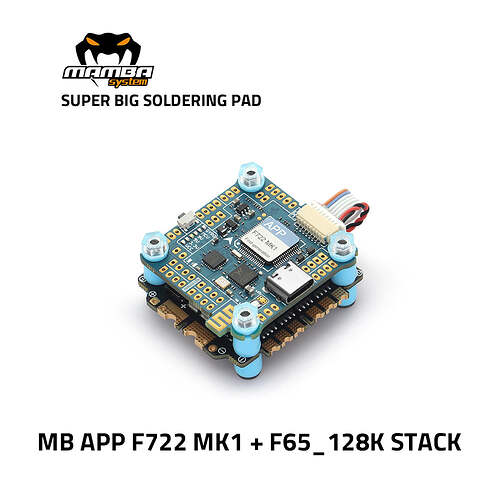 Something like that, lord they pricey though… Brains of the quad

I was just looking at this one… 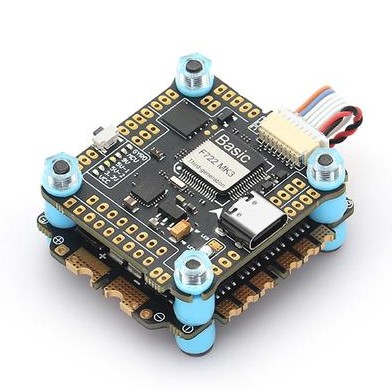 However I think there are plenty of options for flight controllers and they’re all pretty similar. Just choose a decent brand, the correct features and a nice high amperage esc.

It’s those motors that’s more interesting for me … For what I want I want motors to give me long flight times, cruising with 5" props.

Not seen/head of skystars. What I liked about the Mamba was the lots of UARTs (though be nice to disable and use the Wifi), easy to solder, etc, tc. I know you like your amps so 60 I thought was good heh!

I assume you have lower kv for motors for longer flight times? Or do you turn down the throttle? I dunno, I like to slam around! heh! Be 6S I look at next though told that it doesn’t make a world of difference from 4…

Loads of UARTS just comes as long as you have a F405 rather than F411 for F4 stacks. I think F7 stacks always have a decent number of Uarts.

I think yes lower KV is the key… but then there’s other things like dimensions to consider and which manufacturer.
I am a fan of T-Motor for motors, though I also do like my diatone ones…
So this interests me… along as it’s claim to be good for long range. 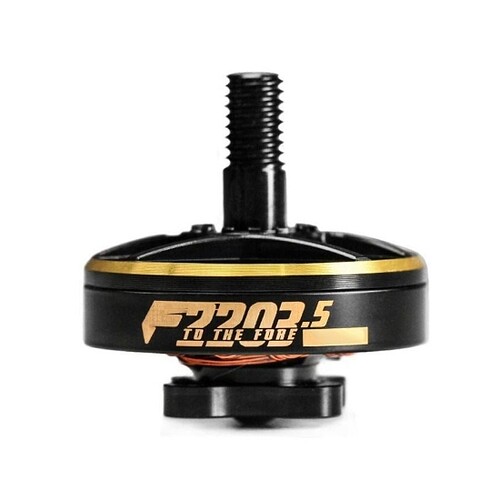 I have the older version of this and find that it works well. Would recommend

So, stack arrived and I’m just trying out firmware…

BF 4.3.0 RC6 seems to work, but I was wanting to use iNav… unfortunately the MAMBAF722_I2C target that is recommended for it does not detect the Accel/Gyro. According to Diatone it’s an MPU6000, but BF is saying it’s detected an MPU6500… so one of those… that I remember hearing Bardwell mention.

So, I’ve posted on the iNav Discord server. In the mean time I’ll have to use BF. 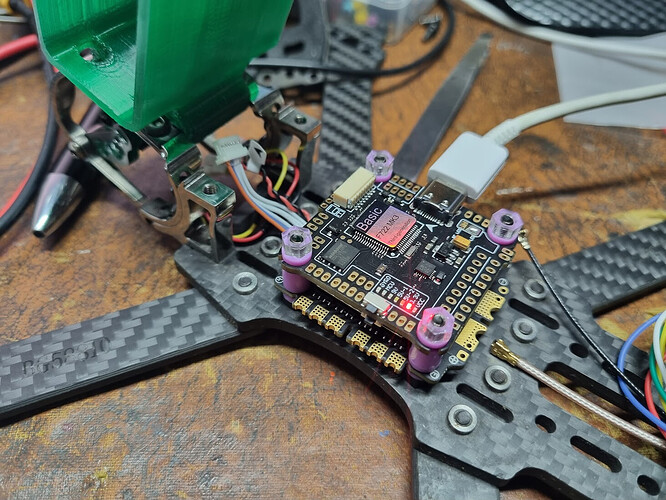 Doesn’t look like there is a target for it yet from the Ardupilot team, it may not be suitable memory config or not requested

So… Motors are on and work. VTX and camera works. GPS and magnetometer are on and communicate… Vifly buzzer is on.

Need 4 pin socket and plug for ELRS RX. I like it all socketed… Have the RX ready to go…

BF 4.3 installed, However need to do a load of config, GPS, magnetometer, RX… etc…

I’ve decided to go with bi-blade props, since those are supposed to be more efficient, right? 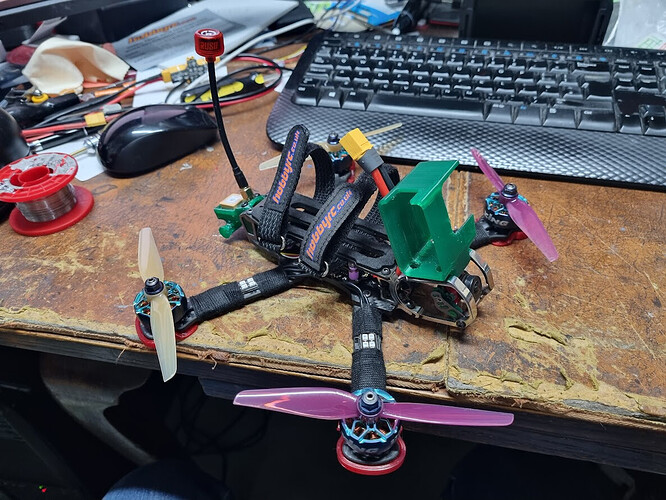 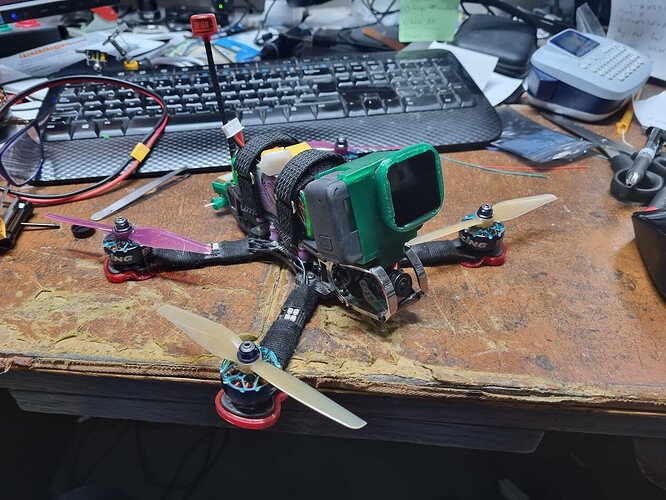 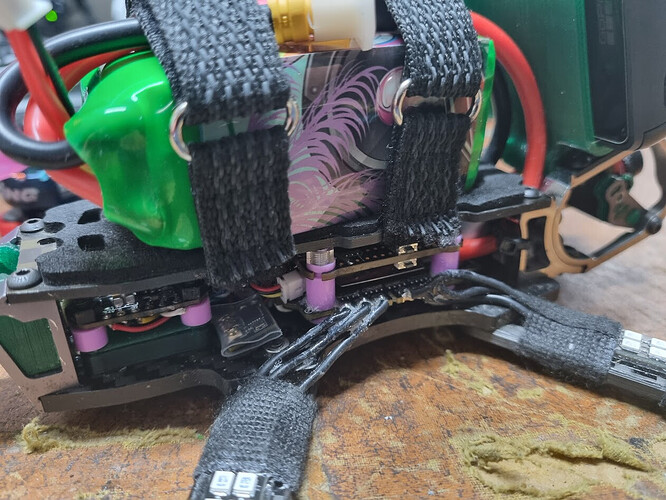 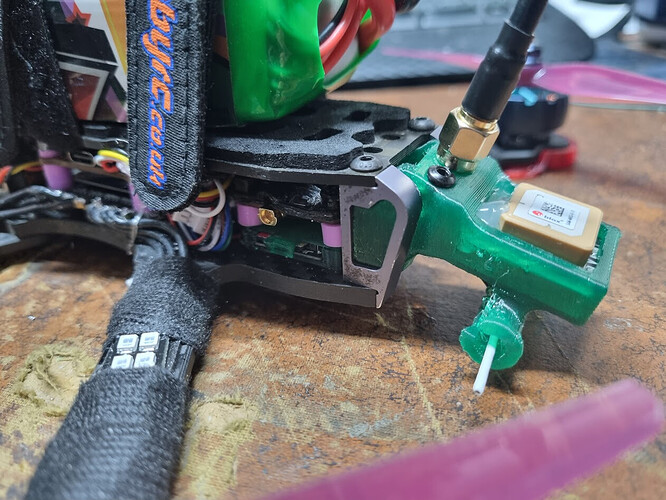 I think I’ve configured everything. Main thing that needs work is the magnetometer, which needs calibration outside.

Hiding at the bottom of the rear stack is an external black box… I hope it works well. I have had data from it!

Where is the mag?