On My Way to Hengistbury Head

Hi All
Put this short video filmed with my DJI Osmo Pocket, mostly with the video sped up. 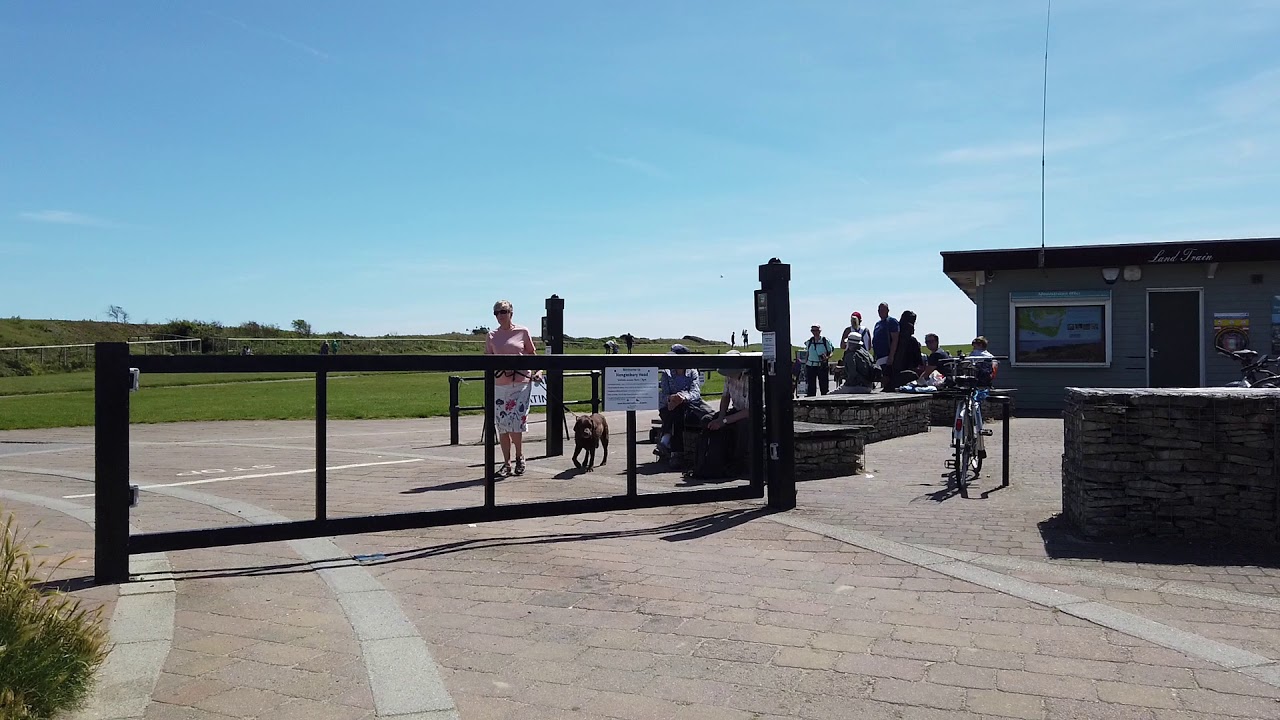 I hope to get something together with the Mavic footage done at the weekend.

you need an electric scooter

Going by the camera height, I think it was attached to his scooter, albeit the four wheels rather than two

Yeah it was a nice afternoon out, the scooter is of the electric mobility type, bit of a weird one though, it has 3 wheels at the front, a big one in the middle and a small one on each side, it sort of makes sense when you see how it works and it has a much tighter turning circle than a four wheel one, I got it second hand.I live close enough to get there and back with no issue. I’ve even gone across the grass sometimes, maybe I should do a video of that, might be a bit more interesting and testing how good the gimbal on the Osmo really is.

Having a blue badge does give free parking in some places but not all, no Yorkshire blood, but a mix of Scottish (Irvine) and Irish (Dublin), but born in Bournemouth, but never lived here till I was 58.

Wow, those scooters go pretty quick! I think they should have a blanket ban on them, they’re a menace!

Do they still have the little train there?

Wow, those scooters go pretty quick! I think they should have a blanket ban on them, they’re a menace!

Well I hope you don’t find that you will need one one day. If they are on a pavement or pedestrian are they are only allowed to do 4mph, the ones that can go on the road can do up to 8mph and it must have a switch to limit to 4 mph

Do they still have the little train there?

Yep it is still there!!

I enjoyed using my Osmo Pocket recently on holiday in Wales. It was interesting to experiment with Timelapse and Slo-Mo as well! How are you finding the battery life on yours?

I have not had an issue with the battery, in fact your message just reminded me to check the battery, it was 53%, which is after doing that filming from a full charge which isn’t bad.

That video was all recorded at normal speed and then edited to speed it up and cut bits out afterwards. I think it ended up at a reasonable length so people wouldn’t get bored.

I did mistakenly record a shorter outing along the river at Christchurch on slow motion. I was trying it out with my phone attached and left it on slow motion, so when I set it up on the scooter without the phone it kept the previous settings, so something to be aware of if you are going to use the Osmo on it’s own.

I haven’t tried the time lapse yet, but is some thing i’d like to have a go at, how did you get on with it?

I have not had an issue with the battery, in fact your message just reminded me to check the battery, it was 53%, which is after doing that filming from a full charge which isn’t bad.

I haven’t tried the time lapse yet, but is some thing i’d like to have a go at, how did you get on with it?

I think I may need to get a few good uses out of the camera. I have done a fair few battery top ups as it sits in it’s case a lot between outings! I do keep 2 x battery backs with it in case of emergencies. One day soon I’ll post a couple of photos of the accessories etc that I use.

I enjoyed using the Timelapse/Motionlapse feature…took some footage of clouds rolling across the nearby hills. Came out quite well. I may post a few snippets of video as a flavour at some point. Unfortunately my Mac and associated kit is in my loft office and I cannot get up there for another 2-3 weeks following hip replacement surgery last week. As soon as I can, I’ll cobble a minute or two of footage together.

I do keep 2 x battery backs with it in case of emergencies.

I think we maybe talking about a different thing as the Osmo Pocket does not have changeable batteries, just an internal battery and has a usb c charging socket.

I wish you a speedy recovery, don’t push too early but will be pleased to see the pics and vids when you can get up to the office. Take care and take it easy.

OK. right I have one of those for my phone so could use it on the Pocket as well.

There is also a Solar Rechargeable one.

Exactly. I have a dual Powerbank plus a single Feiyu Tech handle powerbank which has a ¼ inch thread to attach to the Polar Pro holder.

Hi Phil
Good video Im impressed with how stable the footage is. I think you have made my mind up also of getting a Osmo Pocket.
On a different subject you sure travel some miles on your mobility scooter it must have rocket fuel in it or a good powerful battery lol.

@barryb
Yeah it is very good, I have it mounted on the front of the scooter and going over some rough terrain so the gimbal really does an excellent job of keeping the image stable, my Off Roading to Mudeford Sandbank videso shows how it copes with a bit of off roading.

Regarding the mobility scooter, I have just part exchanged the one I had for a bigger one with 75Ahr batteries which is supposed to top 25 miles, again it is secondhand, it feels a lot more stable and comfortable, see photo below. 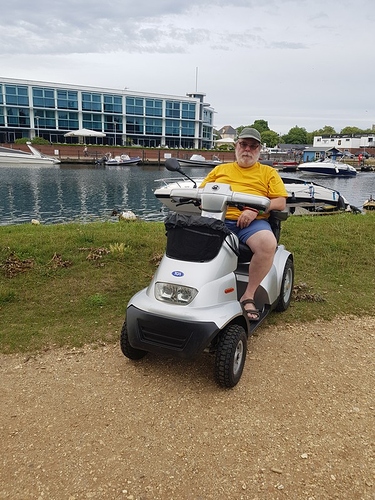 Phil that looks very stable mate should serve you well…

@barryb
Yeah it’s much better than the one I had before, they are about £5000 new not including VAT, but you don’t have to pay that if you have some proof of disability, secondhand it was nothing like that amount. This one will get me around locally and I have a much smaller one in the back of the car if I go further afield. It made a huge difference to my life when I got the first one, I used to love walking along the beach and up Hengistbury head but couldn’t do it anymore for about two years till I got the first one I had, it gave me back a part of my life.

Its given you some independence Phil and gets you out the house. Good to see you can get out and about…