I have a Parrot Disco, picked up eBay for a sensible price. I’ve had a go with it, but would like to try it with Ardupilot at some point.

I have gleaned that it already has Ardupilot installed… but wondered if anyone on here had flown the Disco on Ardupilot and if so, do they have any advice to offer?

As for why: just fancied playing with a fixed wing for a change!

@Steviegeek may be of assistance.

It’s flight is controlled via Ardupilot, no need to do anything to it and unless you know what you’re doing, I’d stay well clear of editing the software.

I take you’ve downloaded the controller App? The disco is a perfect break from Dji.

I’m actually putting mine on eBay in the next day or so, comes with the hard mod.

Modded RC…one of the pictures for eBay 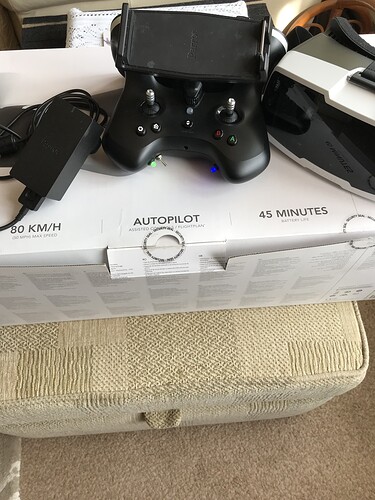 Me chasing the Disco while it’s in loiter mode, chasing it with Dji FPV drone… 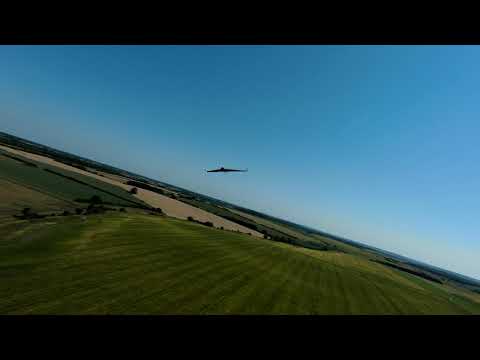 As @Njoro has said

don’t mess with the software settings if it is all working.
Ardupilot is very sophisticated and mature. It does an excellent job and is mainly used by proffesionals for mapping including infrastructure surveying and agriculture, crop spraying etc.
Give us more details of any aspects you are having difficulty with, I’ve set it up on planes and quads but don’t proffess to be an expert on it

Many thanks for the replies.

So far all I have done is fly the Disco as per conventional Parrot controller, but found that and the Parrot app limiting after having had a go with someone else’s fixed wing model which used Ardupilot.

So I thought i would try to find out if the Disco could use Ardupilot and found it already has it on the CHUCK.

At the risk of asking silly questions (as I have only really flown DJI drones and a Swellpro Spry to date before I got the Disco)… what type of controller is used for the Disco on Ardupilot? Can it use a FrSky transmitter and/or the PC programming to set a route up (using the version of Ardupilot already on the disco)?

Am at the baby steps stage here, apologies.

I feel a long learning curve coming on, interesting tho

@GreyCat did you get the user manual with your Disco? The Disco can be flown with a conventional RC system such as Frsky but needs setting up in the advanced menu.

The Disco flown as a conventional RC wing is quite a handful and requires one to be very experienced in flying wings. YouTube is your friend on this one.

The Disco can be flown on 3-4G network, I’ve still got the CHUCK and dongle, one of my projects that got shelved by Dji drones…

How are you flying FPV with your Disco, is it with the phone goggles?

The Disco on Ardupilot is a longer-term project, I picked it up from eBay at a good price (there were 2 others on there at the time which looked in better nick but turned out this one is a minter), I have done the fuselage carving out so I can use new LiPos (the supplied battery looks slightly swollen).

I have watched quite a few YouTube videos, that’s how I worked out how to fly the Disco with the Parrot set-up. But Ardupilot offers so much more… The Parrot app I find rather basic (to be honest I find it much more awkward to fly with a screen hooked on than without it), and there’s not much the on-screen display shows me at the “basic flying” stage. I am not flying FPV with my Disco as yet, just flown it on VLOS, not good enough at flying it yet! [I have had to de-programme my DJI-habit of thinking I NEED a screen display when actually with the Disco, I don’t].

I have also seen the stuff about 3G/4G networks, that’s a consideration for later, I want to be able to fly it well first.

I also have a small “trainer” fixed wing in an easy-to-fly design- looks like a baby Bixler- that is what I will be playing with until I can fly a fixed wing well enough (I expect to crash… a lot… I have been told that if you are not crashing a fixed wing, you’re not learning properly

). The Disco needs much more space so a fixed wing which is of a small enough size that it can be flow in in a park is ideal (and cheap enough not to grieve too much if I total it). Once I get the hang of that, I have seen some nice little flying wing kits…

My main reason for playing with the Disco is that it looks so cool (I have fond childhood memories of the Vulcan bomber) and it’s totally different from my DJI quads. Just something about big flying wings that I like.