Checked altitude angel and the local park was a green zone to fly, no restrictions.
Contacted local parish council to check for byelaws as a matter of courtesy to allow TOAL from the field.
I received a reply that they are happy but I need to speak to the local RAF station ATC.
Spoke to said ATC and they informed me the field is inside their airspace, and as my drone is a DJI they will not approve any requests to operate win their airspace as the RAF Police are refusing all DJI requests due to security concerns and links to China.

So question is-
How do I tell CAA or RAF ATC they are wrong as one of them must be???

Not going to fly there until this is cleared up.

Where were you planning on flying and which RAF base?

Where were you planning on flying and which RAF base? 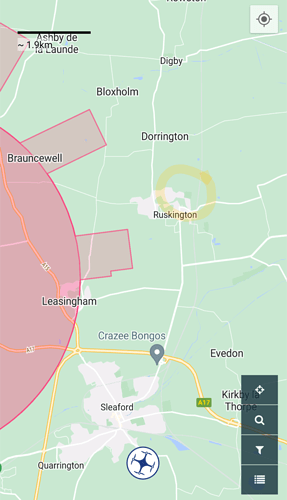 Your fine to fly there. Basically just make a flight plan on Dronescene and off you go

No restrictions other than DJI’s self-imposed altitude limits 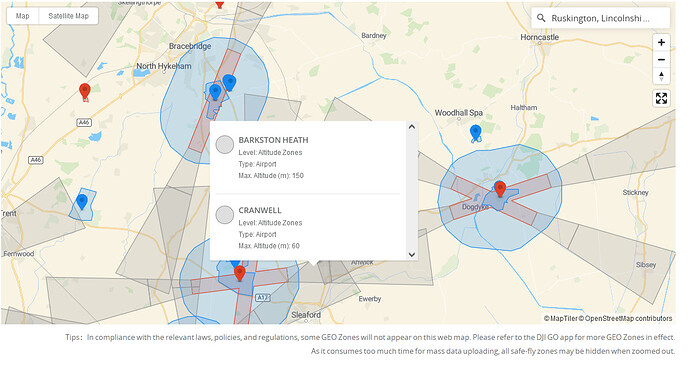 Check out this customised view and its associated layers created by @Sparkyws. 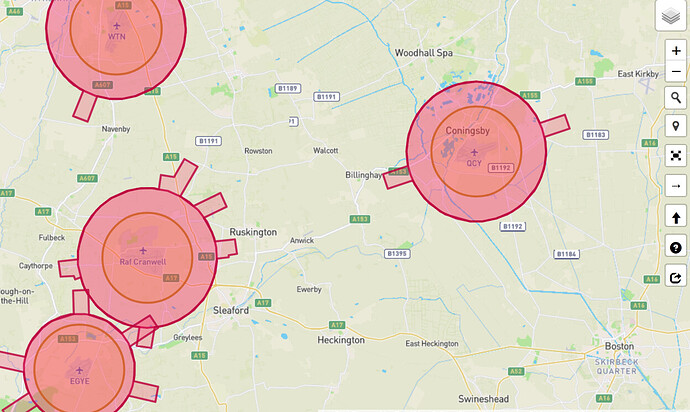 The contact details are on Dronescene, send them an email with this information on or just go and fly 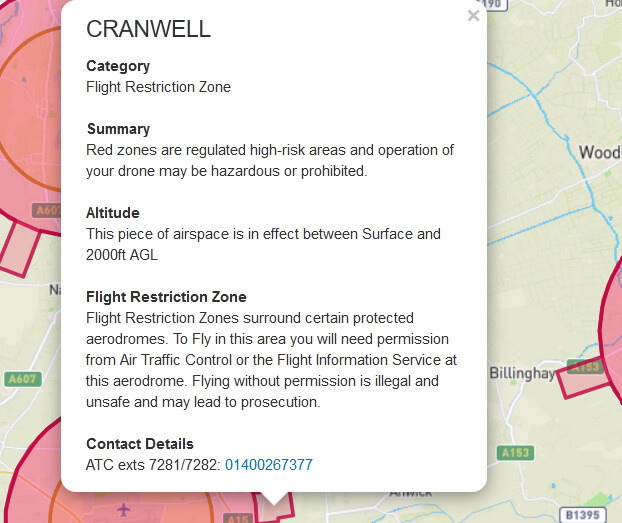 This is the number I called and they told me I couldn’t fly there, that’s where this whole issue started!

I have already had the altitude lock removed my DJI and am ok to 120m as per UK regs.

So I may just have to call ATC again and tell them I’m flying rather them ask permission, but if they refuse I’m not sure where I stand.

I believe the area does lie writing a MATZ and that’s where they may be getting confused, and I’m not a manner aircraft, nor a military air raftvso I can use the MATZ lawfully I believe.

This is the number I called and they told me I couldn’t fly there,

But Why there are no restrictions

You’re not within their FRZ, so just fly. Give them a call if you want out of curtosy. It may say on their website what their times of operation are, if it does, just avoid these for any close calls if they fly low.

If you start asking every entity if you can fly there you’re going to get a lot of nos and resistance.

Just know where you can legally take off and land from (don’t bother asking councils for permission, most of the time they will say no even if they don’t have bye-laws or anything to back it up) and overfly to your hearts content as long as it’s not restricted airspace.

Indeed just make them aware out of courtesy but it’s not asking for approval more a FYI in case a pilot reports it into ATC.

I’m in the process of getting approval to fly within the FRZ of a RAF base. They haven’t said no but they just want clarification on the use and times. There may be days where there are zero issues as nothing is planned, other days they may have low level training and they would prefer a different day.
Remember most RAF and other FRZ aren’t necessarily against flying drones but just being safe in and out of their zones.

You will be in the CTR control traffic region it’s for maned aircraft so nothing to do with drones.they may be get this confused but I am surprised that they seem not to know the difference. Which is worrying.

If you have the time - look through this recent, very long, thread discussing pretty much the exact same issue : Flying right on the border of a FRZ which is RAF

as my drone is a DJI they will not approve any requests to operate win their airspace as the RAF Police are refusing all DJI requests due to security concerns and links to China.

This bit frightens me more than anything else. There’s obviously nothing from China in their air base, oh wait a minute…

It sounds like the person you spoke to didn’t know the correct answer so just took a punt at one.

As per usual it is a knee jerk reaction without an consideration.

The area you intend to fly in is CLASS D airspace, and while technically it is RAF Cranwell’s airspace, as a drone user you are free to fly with no restrictions. You shouldn’t need to have the area unlocked by DJI, but we’re talking DJI here so don’t hold me to that.

The only DJI lock is 150m altitude which is within the legal ceiling anyway so all good.

as my drone is a DJI they will not approve any requests to operate win their airspace as the RAF Police are refusing all DJI requests due to security concerns and links to China.

I wonder how much of their electrical components at Cranwell are also made in China!

Some of the pilots, too.

Another poor decision with no thought I would say!

DJI requests due to security concerns and links to China.

Isn’t the tinfoil hat theory here that if you sent DJI the necessary unlock paperwork then you are revealing the location of an RAF base to China? Which they already know because they’ve put a geolock over it.

Or maybe its your video feed they’re after.