RAF Wyton - Added to Everything Else in East of England 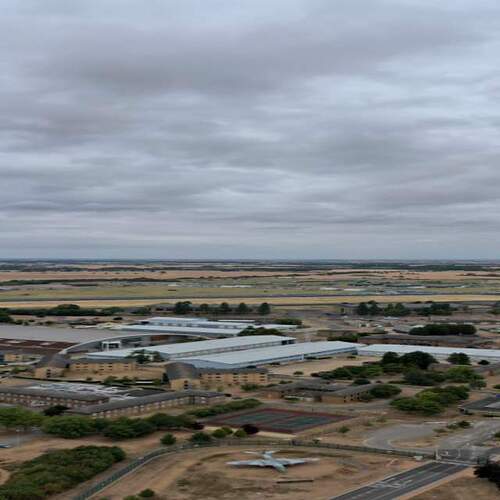 This location has been recommended to fly your drone in the Everything Else category in the East of England region.

I parked my car on a large flat grass verge on Mere Way off the B1090 which is the main road that passes main gate. Half way down Mere way is a party between two fields, I took of down this party before it turns left. Large open space over fields good for flying but I obtained permission to fly with RAF Wyton first as flying drones in this area may concern the base.

The originator declared that this location was inside a flight restriction zone at the time of being flown. Permission to fly was obtained from Fg Off A Christen/WYT-Airfield@mod.gov.uk. It remains the responsibility of any pilot to check for any changes before flying at the same location.