Can’t see a fcc hack for my rc pro

Can’t see a fcc hack for my rc pro

There is a hack but not available by any of the drone websites that usually do these hacks, I had mine done a couple of Months back, & wow what a difference it makes, takes your power levels up from 100mw to 1995mw nearly 2w.
It really unleashes the beast shall we say, you have to get yourself in touch with a guy called Sincoder found over on https://mavicpilots.com/ he is based in China and via TeamViewer he remotely links via your PC/Laptop to the RC Pro and software mods it at root level, I was sceptical at first but he proved me wrong, takes about 10 min to complete, since then he has done the same hack for quite a few of the guys over at Mavicpilots, if I remember rightly he charges around £20 via paypal, but you must not upgrade your firmware on the RC Pro or it will revert back to CE power, he offers a higher charge so you can upgrade your firmware as many times as you need and he will do the hack free.

The drone hacks DHCompanion apk does not work on the RC Pro, just android phones only.

The DJI Drones use the AX chipset all in one RF solution for the Ocusync system. I don’t believe they are rated to 2Watt RF output, probably half that. That’s one of the reasons I went with the regular FCC mod on my DJI FPV drone rather than using the free B3YOND patch that provided 1.4Watts.

When you drive a RF device beyond its linear operating specification bad things can happen, such as unwanted thermal issues. Then there are those you won’t be aware of, such as increased phase noise and high spurious and harmonic content.

I’m not saying that as soon as you switch your drone on you’ll bring about Armagedon, but it’s worth knowing the risks that using such powers on the 2.4GHz and 5GHz bands can create.

I’m sure the DJI engineers will have done their homework ( unless it’s the GPS chipset team ) when they sourced the US supply region, their equipment is designed to run at these outputs and no less when using the RC Pro, and there will lots in use over there in a much bigger market than ours.
This is for the Mavic 3 range and not the FPV models.

I’m sure the DJI engineers will have done their homework

I’m not saying they didn’t, but when it comes to consumer items the components used are generally only rated to 15% to 20% above what their intended use is, for profit margin reasons. In the US FCC EIRP (Effective Isotropic Radiated Power) power limit on 5.8GHz is 53dBm, which equates to a maximum of 30dBm, or 1Watt, from the transmitter and a maximum antenna gain of 23dBi (gain over a theoretical isotropic radiator).

In terms of RF penetration going from 1Watt to 2Watt, an increase of 3dB has very little effect. RF field density obeys the inverse square rule, meaning to see any effective change in field strength the power needs to be increased by 6dB or by 4X. Doing the common CE to FCC patches, 25mW to 700mW, an increase of nearly 15dB is more effective than going from 700mW to 1.4Watts which is only an increase of 3dB. Add to this that the devices used will have an efficiency rating, as an example 85%, the other 15% will be lost in the main as heat. This is assuming the device is still operating in its designed parameters and is linear. Once this limit is exceeded the efficiency falls of quite sharply resulting in greater in a greater heat to radiated power ratio. In other words the law of diminishing returns.

I’m not against anyone using there gear in what manor they deem fit, unless it presents an issue to others. I just want o make people aware that using the Nigel Tufnell amplifier theorem of “Everything at eleven” doesn’t make Baby Lick My Love Pump sound any better.

A wix domain name for the web site, gmail addresses, followed by PayPal “donations” and a Windows .exe file that could do / contain anything.

Plus a fuck tonne of capitals on the website

Is that legit Wayne?

I use the sincoder fix on the mini 3 version. Been used by many.

Not sure what this wix version is.

Any sites built on Wix immediately give me doubts

It might be perfectly fine, but… let’s see if anyone here has used it.

It might be perfectly fine, but… let’s see if anyone here has used it.

You need to pay in Crypto as well. So that will limit the market.

Is that legit Wayne?

I suspect it’s that guy Sincoder

I have just emailed from the site and asked the question if it is indeed “Sincoder”, and if so, is there a discount for existing users who have paid for the FCC hack he did on our Mini 3 Pro’s.

At first i thought the price was steep, but if it really does work just by running it again, assuming DJI dont shut it down, then worth it to some.

Also asked if its one of the OG gone lone wolf

I have just emailed from the site and asked the question if it is indeed “Sincoder”, and if so, is there a discount for existing users who have paid for the FCC hack he did on our Mini 3 Pro’s.

It isn’t sincoder - I have just asked him directly.

It is somebody who is reselling his hack. 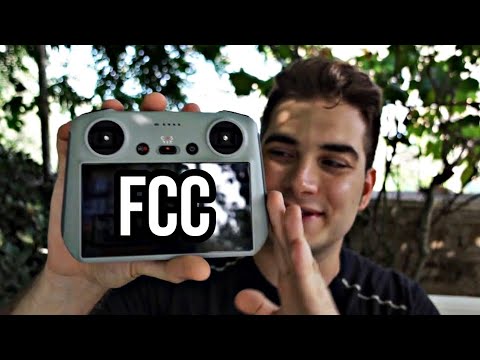 Seems to shouting about it.