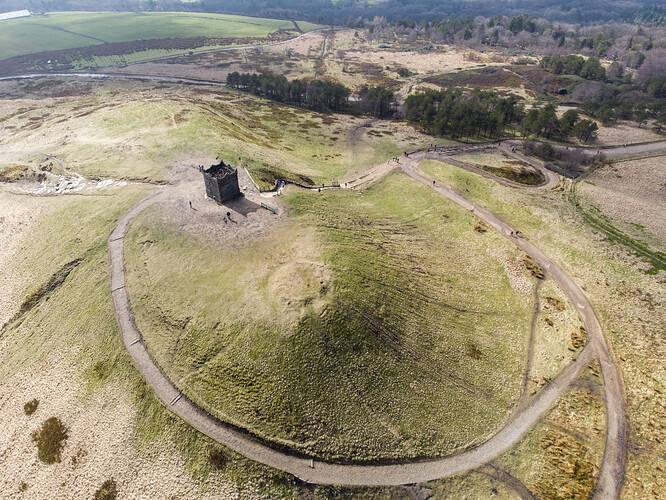 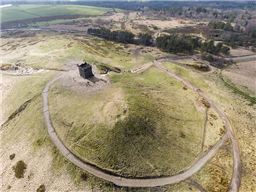 This location has been recommended to fly your drone in the Monuments category in the North West region.

Best place to park is the Pigeon Tower Car park, this is free but it is locked in the evening. what3words /// The simplest way to talk about location From the car park it is quite a trek up to the tower and uphill all the way, there are other things to see around the tower such as the Pigeon Tower, Rivington Terrace Gardens and some reservoirs close by so plenty to keep you occupied. As for the tower:

The Pike Tower is a Grade II* listed building on the summit. Built by John Andrews of Rivington Hall in 1733 on the site of an ancient beacon using its stone for the foundations. It was built as a hunting lodge. Square in plan with sides 16 feet (4.9 m) in length and 20 feet (6.1 m) high, it was built with a wooden roof, three windows and a door all of which are now blocked up.

The roof was slate and hidden by a parapet with pointed corners and intermediate steps, originally built with a small cellar measuring 5 ft by 3 ft by 5 ft, a corner stone fireplace and chimney and stone floor slabs. The materials were brought in by horse and cart from Warrington; windows and glass came from Chorley. The internal features and roof had gone before the rebuild.

Liverpool City Council, the former owner, neglected the tower and planned to demolish it in 1967, after a public outcry and legal action the land and building was transferred to Chorley Rural District Council in 1971 who rebuilt the main external stonework of building in 1974 and completed further work in the 1990s. The Pike Hill and tower are owned and managed by Chorley Council.

The originator declared that this location was not inside a Flight Restriction Zone at the time of being flown on 01/08/2022. It remains the responsibility of any pilot to check for any changes before flying at the same location.