The Royal Marines have unveiled there new drone 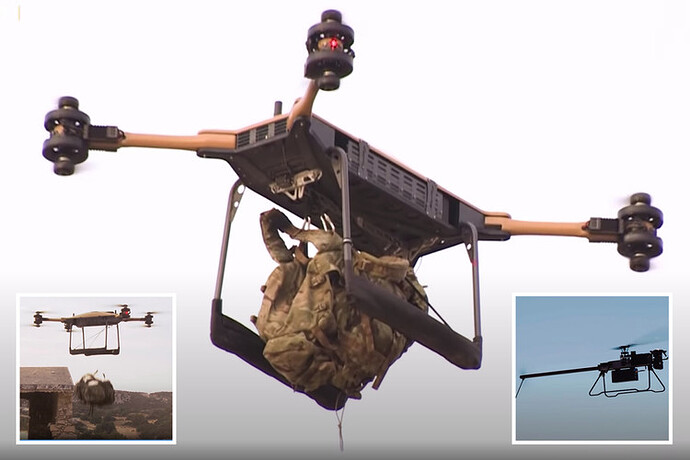 Wonder what poor sod was ordered to act as the wounded marine to try it out:rofl:

Looks like the blanket stackers can take it easy - no need to damage kit in stores, the drones can do it when they drop stuff on the stony ground.

Get flown back by drone from the front line in some God forsaken hell hole after having your leg blown off only to be taken out by a sniper from 600m with a 50 calibre HDR.

I clearly play way to much COD MW

What a way to travel in the summer! (If we ever have one), better than an electric car.
Can see these taking off (pun intended) for pleasure flights in the warm countries.

Not entirely sure how this would work

if a troop is being airlifted out of the fight it is usually due to a significant injury so they are going to require life saving treatment.

There are some fascinating stats about the British Militarys life saving treatment of its troops in Afghanistan. The British MERT teams (Medical Emergency Response Team) are amazing! With fully kitted out trauma hospitals in Camp Bastion, which UK hospitals have adapted their A&E departments to replicate.

I just struggle to see how replacing a helicopter that is basically an ambulance with a rotor for an unmanned hammock suspended from an unmanned aircraft.

However the link is an apple news link which wouldn’t open on my android phone so the article may have explained most of my thoughts.

…and it makes the “bootnecks” look very withit

God I used ti hate storing ship with them…They stuck their heads down and would work like stink whereas 'Jack" liked to take his time!! 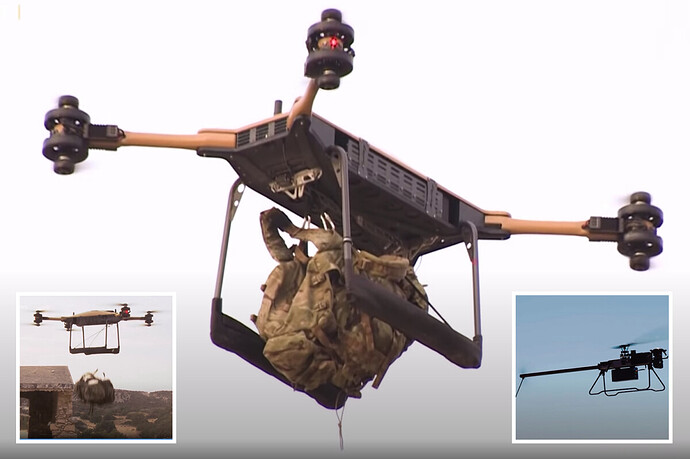 THE ROYAL Marines have showcased “super drones” that promise to change the face of modern warfare. The flying tech can carry ammo and other supplies, airlift wounded soldiers to safety …

I just struggle to see how replacing a helicopter that is basically an ambulance with a rotor for an unmanned hammock suspended from an unmanned aircraft.

Possibly triage is begun at the medical base and flying hammocks sent for those with incapacitating but not life threatening injuries - broken limbs, wounds that can be sorted with field dressings etc. That would free up the medevac helicpters for the serious cases.

Having said that I think if I had a paper cut or a bruised ego I’d demand a ride in a proven aircraft with a well-trained operational pilot in command. I may be wrong but the drones may be flown by people with skill levels little better than mine - and far more gung-ho!

I know our current UAV pilots flying Over Afghanistan and the like are actually based in Navada USA they are not taking part in casevacs but air support dropping hell from above. 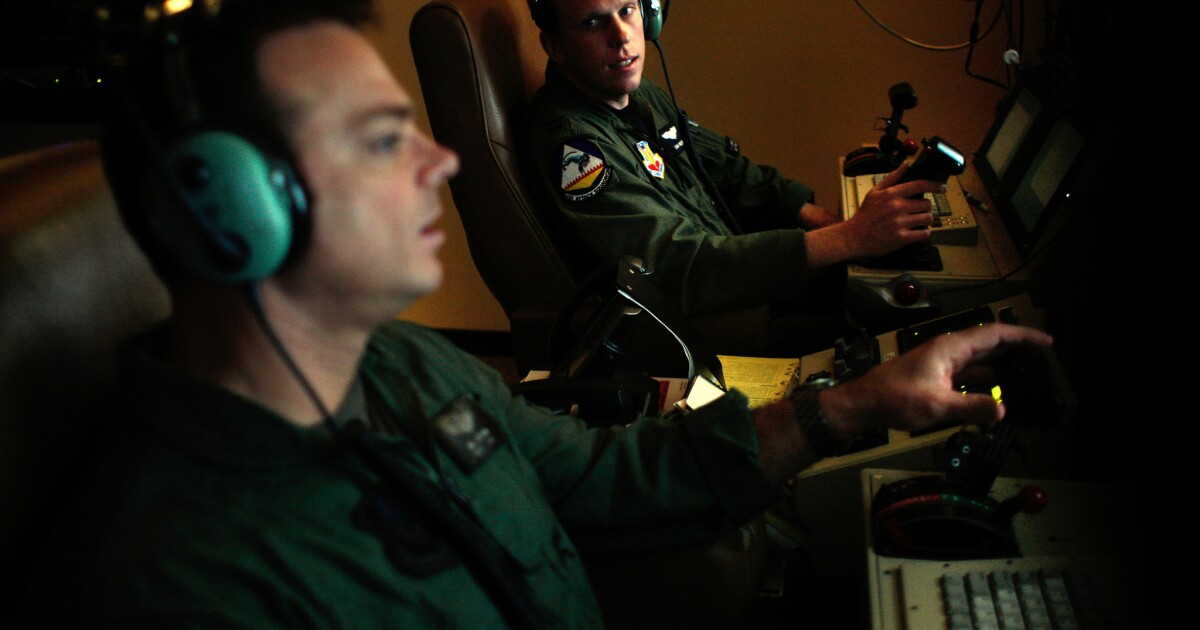 Drone pilots go to war in the Nevada desert, staring at video screens

The pilots sit in dimly lit, air-conditioned trailers, each staring at glowing video and data screens and toggling a joystick that controls an armed drone flying somewhere in the world.

RAF does this with their UAVs from one of their airfields in Lincolnshire.